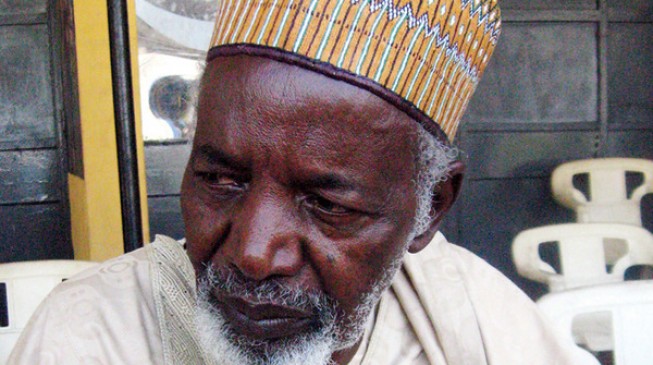 13:14 2019
Print This Article Share it With Friends
👤by Taiwo Adebulu  1 Comment
Advertisement

Femi Falana, human rights lawyer, and Balarabe Musa, former governor of Kaduna, have warned against ethnic profiling of criminals, saying it may lead to a complete state of anarchy in the country.

In a statement jointly issued on Sunday, the two eminent Nigerians stated that it is high time all stakeholders put hands together to save the country from disintegration.

They also urged elder statesmen in the country to desist from issuing hate speech and “irresponsible ultimatums” that can heighten the current state of insecurity.

“Amid the cacophony of ethnic and regional voices, it is imperative that pan-Nigerian voices should be heard louder than ever before to save Nigeria from disintegration,” they said.

“The symptoms of the brewing socio-political crisis are manifest. The Nigerian state has failed to tackle the worsening insecurity plaguing every part of the country. Nigeria is increasingly being defined by insecurity. Killings have become almost a daily affair in Nigeria. Terror attacks, banditry, kidnapping and armed robbery are perpetrated by criminals with reckless abandon.

“In practical terms, no part of Nigeria is immune to violent crimes, although the incidence might be relatively higher in one part than the other at this time. Tragic news of lives wasted issues from the north and south, east and west.

“In response to the flourishing crimes in the face of the worrisome incompetence of the state, ethnic and regional champions have resorted into the dangerous ethnic profiling and demonisation of others.

“It is the reign of hate speech and marketing of prejudice. Claiming to speak for “our people,” they issue irresponsible ultimatums and orders for which they lack constitutional authority to enforce. Some of those who are supposed to act as statesmen at this critical hour have instead joined the ranks of issuers of prejudicial statements.”

The duo asked President Muhammadu Buhari to look into suggestions from conferences and panels set up by the federal government in the past in order to find solutions to the challenges affecting the country.

“The appropriate response to these sectional voices is not to glibly question the patriotism of any person or group. The effective response is to compel the Nigerian state under the watch of President Muhammadu Buhari to perform the constitutional duty of keeping Nigeria secure,” the statement read.

“Nigeria must not be turned into a killing field. The way to take the wind out of the sails of merchants of hate is for the government to confront the worsening insecurity in Nigeria squarely and honestly.

“Law enforcement and other security agencies should fight crimes competently and strictly according to the law. In doing so, the ethnic and religious identity of the criminal is not of any importance. Rather ethnic and religious profiling could distract from the urgent task of stamping out crimes.

“The truth is that every ethnic and religious group has its own share of criminals. We must separate crimes from prejudice so that criminals could be fought with a unity of purpose as a nation. It is also an indisputable fact that the victims of criminal activities belong to the various ethnic grounds and religions.

“We are convinced that the urgency of the situation should compel the Buhari administration to rethink its internal security strategy by considering some of the patriotic suggestions from conferences and panels set up by government in the last few years.”

They also demanded that the police and other security agencies be well equipped to tackle the current dimensions of insecurity in the country.

“The justice system especially in the states should be alert to their responsibility of diligent and swift prosecution of arrested suspected criminals. It is the duty of the respective attorneys-general in the affected states to prosecute suspected killers, kidnappers and armed robbers,” it read.

“All the tiers of government have responsibilities for security, working in unison.  If the degeneration in the Nigerian condition is not halted, the nation may descend into anarchy. Doubtless, the poor people will bear the brunt of such an avoidable disaster.

“We, therefore, call on President to rally the country around a national purpose of security everywhere in Nigeria as the constitution demands. This leadership duty should be in words and action. The President should address the nation specifically for the purpose of giving assurance of his commitment to the unity of Nigeria amidst adequate security.

“It is also the duty of genuine lovers of peace, freedom and development of Nigeria to speak up in order to save the nation from descent of anarchy.”

TWITTER @thecableng
Copyright 2020 TheCable. All rights reserved. This material, and other digital content on this website, may not be reproduced, published, broadcast, rewritten or redistributed in whole or in part without prior express written permission from TheCable.
Tags
Balarabe Musafemi falanaInsecurityPresident Muhammadu Buhari
Advertisement