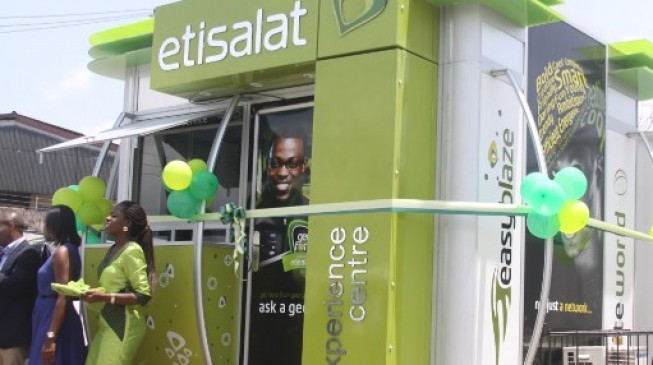 15:33 2016
Print This Article Share it With Friends
👤by Mayowa Tijani  0 Comments
Advertisement

Etisalat Nigeria says it is not suing MTN Nigeria and the Nigerian Communications Commission (NCC) over tariff, but over plans to entrench its dominance in the retail data services market.

Refuting some other reports in the media, Etisalat said it never filed a multiple suit against NCC and MTN over tariff, as contained in a press statement released by one of the telco.

“Our attention has been drawn to misleading insinuations making the rounds in the media that Etisalat Nigeria has filed multiple suits against the Nigerian Communications Commission, NCC and MTN Nigeria,” Etisalat said.

“The insinuations have arisen largely from a press statement reportedly issued by MTN Nigeria and published by some print organisations and online media platforms under the headline, ‘MTN confirms legal fireworks with Etisalat over Visafone’.

“Etisalat Nigeria is compelled to set the facts straight on the intent and status of the legal action it instituted against the Nigerian Communications Commission (NCC) and MTN Nigeria in July 2015, due to the misrepresentation of facts about the case as contained in some print and online media reports of Wednesday 9, February 2016.”

“Etisalat wishes to state categorically that at no time were multiple suits filed either against the NCC or MTN on the same matter as insinuated.

“The suit under reference was instituted by Etisalat Nigeria against MTN Nigeria and Visafone Ltd to challenge MTN’s use of the 800MHz spectrum following the acquisition of Visafone. It is therefore materially different in intent from the former action.

“The current action is considered necessary, as it will entrench the dominance of MTN in the retail data services market.

“The use of the 800MHz spectrum to deploy broadband services ahead of its competitors, particularly those who prior to MTN’s purchase of Visafone, held similar spectrum bands as MTN, will further entrench MTN’s dominance in the Nigerian telecommunications sector.”

Etisalat added that NCC granted a waiver to MTN Nigeria to offer a 30 percent differential between its on-net and off-net retail tariffs, contrary to the obligation imposed on MTN Nigeria under the determination of dominance.

Etisalat Nigeria thereafter filed an action against NCC and MTN Nigeria seeking a reversal of the waiver, as it was “in contravention of the subsisting obligation imposed on MTN Nigeria under the determination of dominance”.

NCC was compelled to order MTN to maintain status quo.

TWITTER @thecableng
Copyright 2019 TheCable. All rights reserved. This material, and other digital content on this website, may not be reproduced, published, broadcast, rewritten or redistributed in whole or in part without prior express written permission from TheCable.
Tags
EtisalatMTNNCC
Advertisement