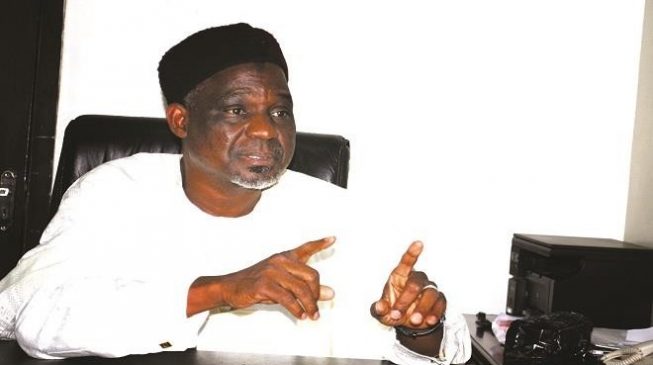 18:16 2018
Print This Article Share it With Friends
👤by Chinedu Asadu  0 Comments
Advertisement

Falalu Bello has been named the new national chairman of the Peoples Redemption Party (PRP).

Bello, a former managing director, Bank of the North, was elected at the party’s national delegates conference held in Kaduna.

He replaces Balarabe Musa, who stepped down from the position on Friday.

The new national officers of the party and members of boards of trustees were also ratified at the event.

Part of the resolutions reached at the conference is that the national executive committee should to come up with guidelines on the emergence of candidates for the 2019 general election.

TWITTER @thecableng
Copyright 2020 TheCable. All rights reserved. This material, and other digital content on this website, may not be reproduced, published, broadcast, rewritten or redistributed in whole or in part without prior express written permission from TheCable.
Tags
Balarabe MusaFalalu BelloPRP
Advertisement