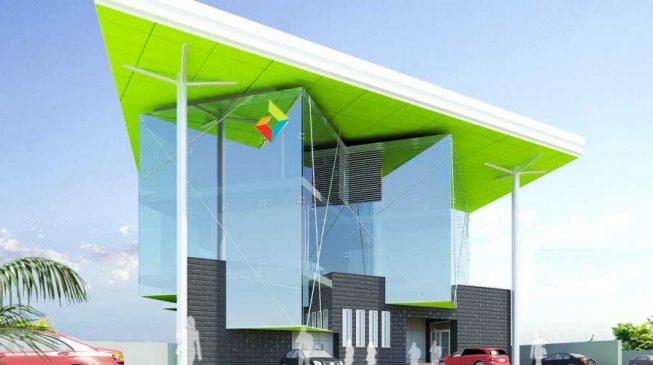 20:54 2018
Print This Article Share it With Friends
👤by Mayowa Tijani  2 Comments
Advertisement

According to insiders, the official announcement of the transaction will be made in the course of the week by the Central Bank of Nigeria (CBN).

The acquisition was midwifed by the CBN in a bid to further consolidate the banking industry, sources informed TheCable.

A Diamond Bank official who spoke to TheCable said there was no need for the public to panic as “the bank is in safe hands”.

Uzoma Dozie, the bank’s chief executive officer, had confirmed in a statement released on Friday that it would cease to operate as an international bank.

“The re-licensing as a national bank supports Diamond Bank’s objective of streamlining its operations to focus resources on the significant opportunities in the Nigerian retail banking market, and the economy as a whole,” he had said in a statement.

“The move follows Diamond Bank’s decision to sell its international operations, which included the disposal of its West African Subsidiary in 2017 and Diamond Bank UK, the sale of which is currently in its final stages.

“The change to national bank status also enables the bank to maintain a lower minimum capital requirement of 10 per cent, as against 15 per cent required for international banks.”

The bank recorded its worst month on record in November with share plunging to 0.61k per unit on November 30, 2018.

Diamond Bank Q3 2018 report had showed that the bank was under some financial stress with profit after tax falling from N3.9 billion in 2017 to N1.6 billion.

Apart from dealing with non-performing loans, the bank also had to contend with a fine from the Central Bank of Nigeria in August for allegedly aiding MTN Nigeria to illegally repatriate $8.1 billion.

“Your bank issued three CCIs in favour of Dantata Investment for the sum of $5million without converting the foreign exchange received into Naira as required by our regulations.  On the basis of these illegally issued CCIs, your bank repatriated the sum of $102,545,336.77 in respect of these CCIs,” CBN’s letter read.

Your bank failed to indemnify SCB for losses and/or liabilities that may arise from the use of the CCIs you transferred to SCB in violation of the provisions of the Foreign Exchange Manual 2006;

Your bank issued three CCIs outside the regulatory 24 hours without the approval of the CBN contrary to provisions of Memorandum 22 of the Foreign Exchange Manual 2006; and

Your bank illegally remitted the sum of $352,222,358.39 on behalf of Standard Chartered Bank and Stanbic IBTC Bank in respect of the various CCIs issued to MTN Nigeria Communications Limited.

In October, Oluwaseyi Bickerseth, the bank’s chairman who was appointed in July, and three non-executive directors resigned.

“The directors are resigning for varied personal reasons, which will include focusing on their priorities. Diamond Bank will update the market with any further development in due course,” a notice signed by Uzoma Uja, the company secretary, read.

In November, S&P Global Ratings downgraded the bank’s rating to CCC+/C from ‘B-/B’ and its Nigeria national scale ratings to ‘ngBB-/ngB’ from ‘ngBBB-/ngA-3.

Giving its reason, the agency said the bank is “dependent on favourable business, financial, and economic conditions to meet its financial obligations”.

“We believe that Diamond Bank will have to set aside higher provisions than we initially expected, following the adoption of International Financial Reporting Standard No. 9 (IFRS 9), which implies weaker asset quality than we expected and exerts significant pressure on the bank’s capitalization,” it said.

TWITTER @thecableng
Copyright 2019 TheCable. All rights reserved. This material, and other digital content on this website, may not be reproduced, published, broadcast, rewritten or redistributed in whole or in part without prior express written permission from TheCable.
Tags
Access Bankdiamond bank
Advertisement