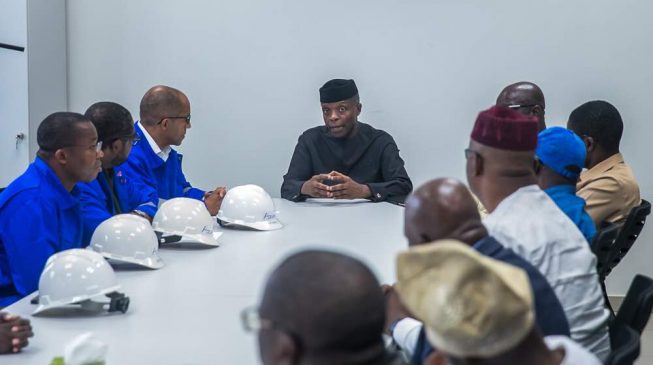 18:24 2019
Print This Article Share it With Friends
👤by Taiwo Adebulu  1 Comment
Advertisement

Nigeria’s penchant for signing agreements that end up putting the country on the back foot continues to haunt the federal government as another power deal wobbles, TheCable can report.

There is growing apprehension in government circles over the sovereign guarantee given to Azura-Edo IPP, a power-generating private company, by the Buhari administration in 2015 to enable it secure a $237 million loan to finance its 450MW project in Edo state.

As the arrangement continues to suffer setbacks, the country will have to pay Azura a whopping $1.2 billion if it decides to exit the pull call option agreement (PCOA).

Already, Nigeria is obligated to pay between $30 million and $33 million monthly to Azura for power generated, even if not “dispatched” — transmitted through the national grid — by the Transmission Company of Nigeria (TCN).

TheCable understands that Nigeria also pays roughly N700 million monthly as the exchange rate differential in the deal with Azura.

In addition to paying for power generated, Nigeria is also footing a yearly N5 billion bill for gas supply to Azura — even though the cost of gas is already part of the tariff approved for the plant.

Azura is already guaranteed the highest tariff of 10.1 cents/kWh in the power purchase agreement with the Nigerian Bulk Electricity Trading (NBET) Plc — the guarantor that buys electricity from generating companies (GenCos) and resells to distribution companies (DisCos).

If the government fails to meet these monthly obligations, the World Bank partial risk guarantee (PRG) can be called by Azura’s creditors.

Nigeria’s credit rating will not only be downgraded — making external borrowing more expensive for the government — even the country’s assets abroad will also be at the risk of being “attached” — or seized — after court proceedings.

TheCable recently reported that the gas supply agreement (GSA) between the Niger Delta Power Holding Company (NDPHC) Ltd and Accugas Ltd has gone sour, forcing the federal government to keep paying over $10 million monthly with or without gas supply to the Calabar Electricity Generation Company (CEGC) Ltd under the take-or-pay deal.

There are debts of about $30 million still hanging on the neck of the Niger Delta Power Holding Company (NDPHC), owners of the Calabar plant, although the plant has now been slated for privatisation in President Muhammadu Buhari’s 2020 budget. 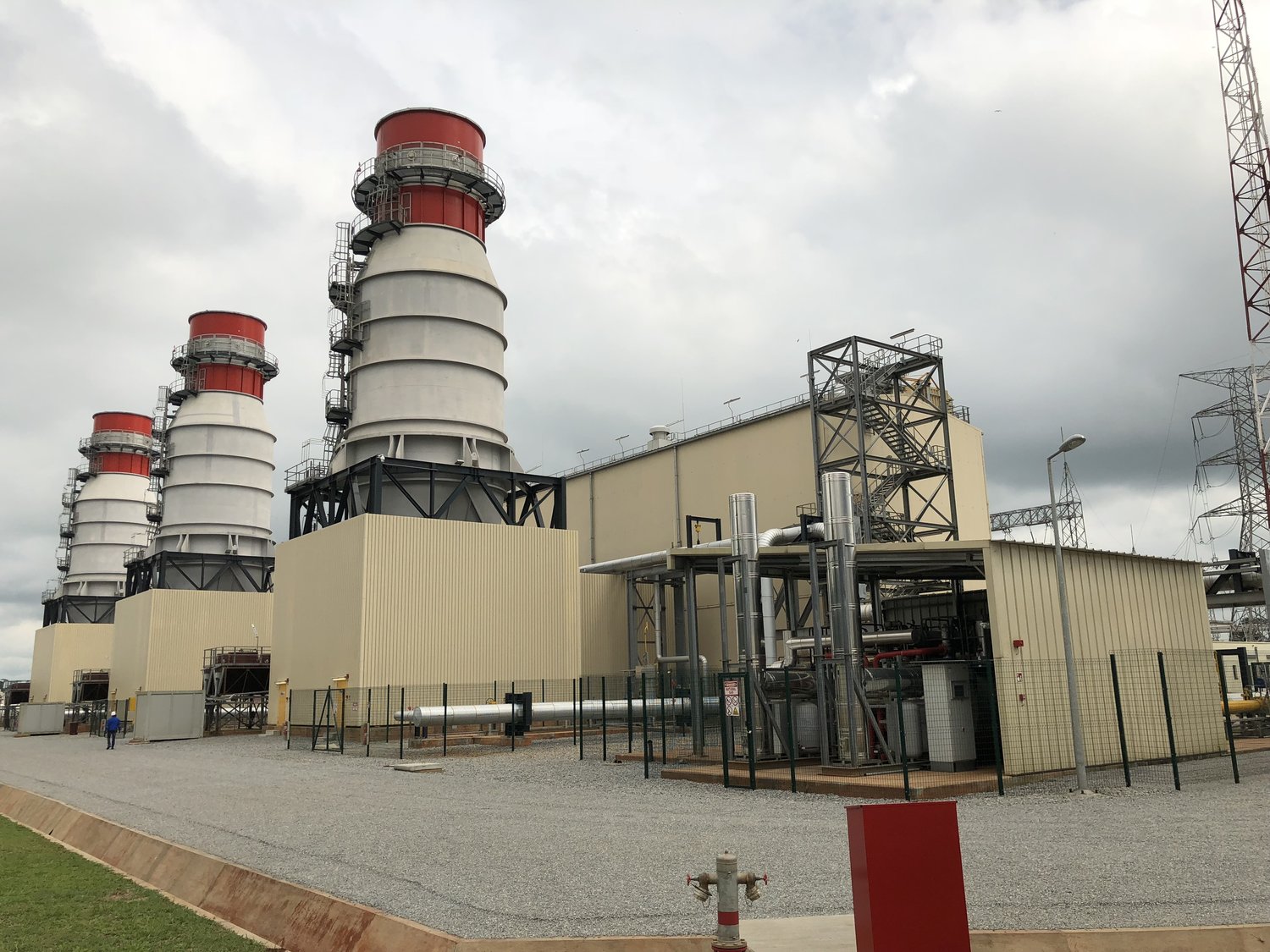 Meanwhile, Nigeria is still fighting tooth and nail to upturn a $9 billion fine following the failure of a gas and supply processing agreement (GSPA) with P&ID, a company registered in the British Virgin Islands.

Also, there is a dispute over the Mambilla power project in Taraba state, with Sunrise Power and Transmission Company Limited (SPTCL), a local content partner, asking for $2.3 billion in compensation for an alleged breach of contract over the 3,050-megawatt hydropower facility.

SPTCL, who claimed to have been awarded the build, operate and transfer (BOT) contract in 2003, has dragged the federal government and its Chinese partners before the International Chamber of Commerce (ICC) in Paris, France.

There is no suggestion that Accugas and Azura did any wrong: the deals were ostensibly meant to encourage them to invest in the projects as well as guarantee markets for their gas and power respectively.

However, the searchlight is increasingly beaming on government officials who sign deals that put the country at a huge disadvantage because of what many would consider to be vested personal and political interests.

The likelihood of the government not keeping its own part of the bargain — either deliberately or out of sheer incompetence and lack of capacity — is always apparent but the agreements are signed anyway, thereby jeopardising the nation’s interests. 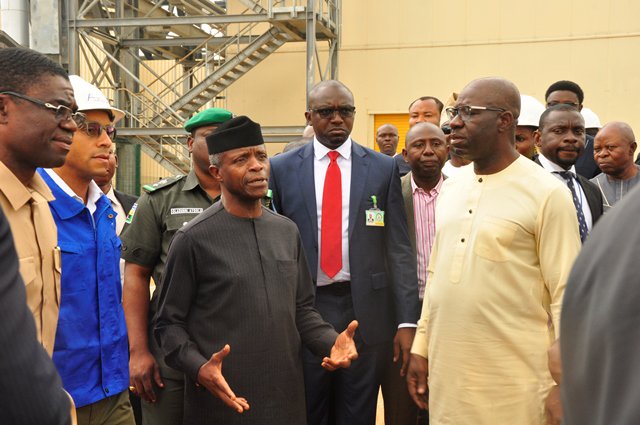 In June 2018, Vice-President Yemi Osinbajo showcased Azura as the flagship of sovereign guarantees to private sector

“Both deals are suffering setbacks because of the inability of TCN to dispatch power from Calabar and Azura,” a senior presidency official told TheCable.

“Calabar can produce 561MW but TCN does not have the capacity to take it. Otherwise, it will collapse. So Calabar has no other option than to slow down on taking gas from Accugas, but that means it still has to pay for the gas not taken under the take-or-pay agreement.

“Azura too is producing power but TCN does not have the capacity to dispatch, so we still have to pay Azura for the power because that is the nature of the agreement. We also pay for the gas to Azura under the take-or-pay arrangement.”

However, some industry experts who spoke with TheCable said the lack of capacity in TCN is not a new thing and government officials knew the problems before signing the PRGs for Accugas and Azura.

“I’m an industry insider and we knew all along that the national grid did not and does not have the capacity to transmit the power that is being produced by GenCos. We all know. We would have started building a new grid, a super grid under President Goodluck Jonathan but the minister of power then, Prof Bart Nnaji, was too much into Manitoba and he opposed it,” the industry insider told TheCable.

Manitoba, a Canadian company, was managing the grid until 2016 when its contract expired and was not renewed by the new government.

The PRGs signed by the Buhari administration have put considerable strain on the nation’s finances, but this might not have been so if his government had not discarded a policy by the Jonathan administration.

In August 2014, a federal government circular No. SGF/OP/1/S3/X/737 issued by Anyim Pius Anyim, then secretary to the government of the federation, had directed that a “specimen indemnity clause” be inserted into all contracts and agreements entered into with foreign entities.

This, he said, was “to provide additional protection to the Federal Government Nigeria and some of its separate legal entities such as the CBN, NNPC and NSIA whose assets may be liable to attachment in enforcement proceedings in foreign jurisdictions”.

Ngozi Okonjo-Iweala, then minister of finance, had sought the legal opinion of Mohammed Bello Adoke, then attorney-general of the federation (AGF), on the put-call option agreement signed by the government with Azura Power — which included the PRG. 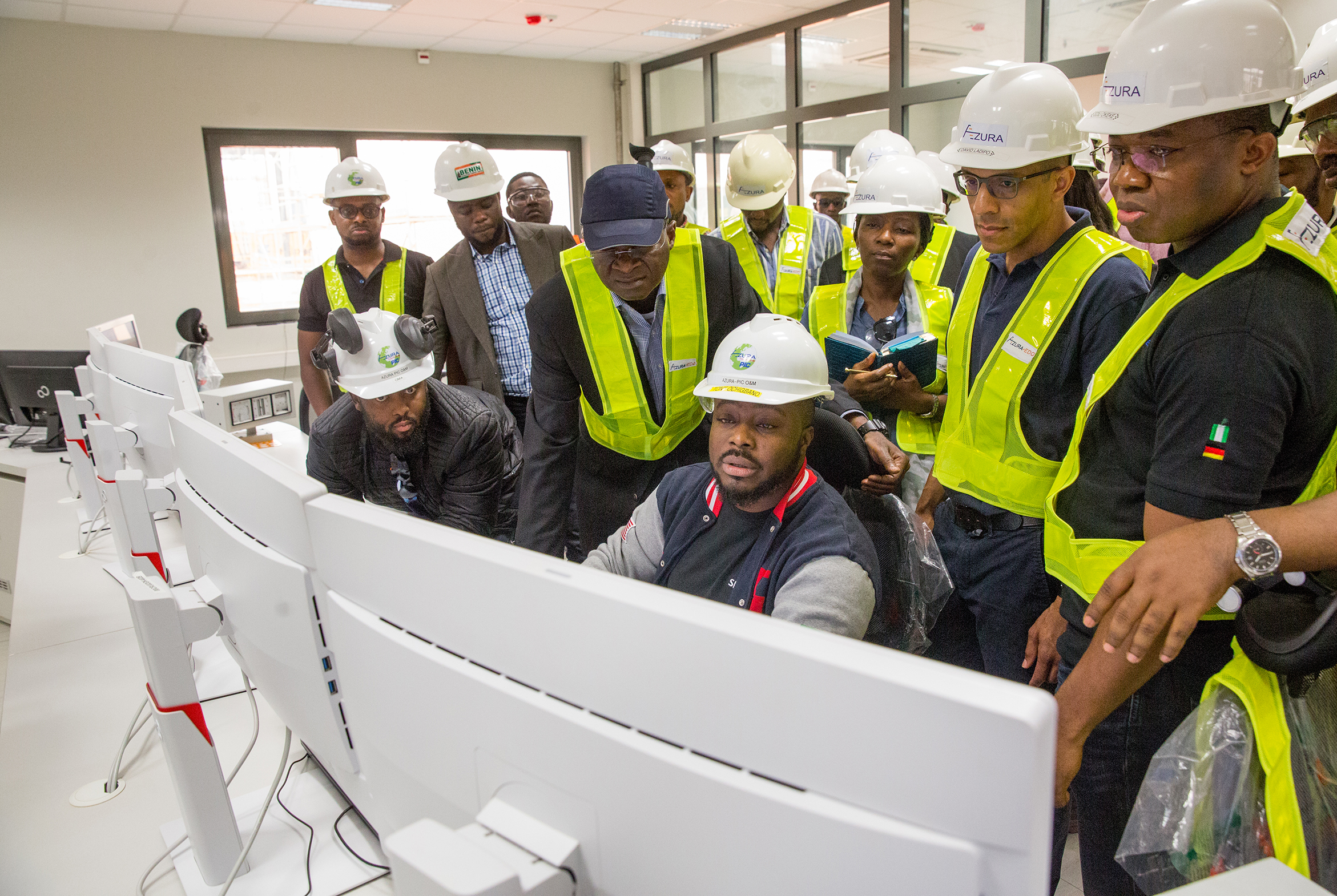 Babatunde Fashola (in black hat) on a visit to Azura-Edo IPP in 2018 as power minister. He has raised concerns over sovereign guarantees for private companies following repayment defaults

Adoke, TheCable learnt, reminded the minister of the SGF circular on the need to indemnify the federal government and prevent its assets from becoming vulnerable in the event of default.

The PCOA was eventually signed without Adoke’s legal opinion which was otherwise required to activate the agreement.

However, TheCable understands that when Buhari assumed office in 2015, pressure was mounted on Abdullahi Yola, the then solicitor-general of the federation, by top presidency officials to give a favourable legal opinion on the Azura-Edo IPP. At the time, there was no attorney-general.

Yola then wrote a different legal opinion early August 2015, finally confirming the validity of the PCOA.

Thereafter, also in August 2015, the federal government signed off its backing of the $237 million World Bank PRG for the construction of the IPP — celebrated then as the first of a series of new IPPs to drive growth in the power sector.

The Azura-Edo IPP is the Phase 1 of a 1,500mw IPP facility, whose groundbreaking was performed by President Goodluck Jonathan in October 2014.

In November 2016, the federal government also signed a $112 million World Bank PRG for the supply of natural gas to the Calabar, Cross River state, by Accugas.

Both PRGs have now become an albatross on the neck of the federal government while the power problems continue to bedevil the country.