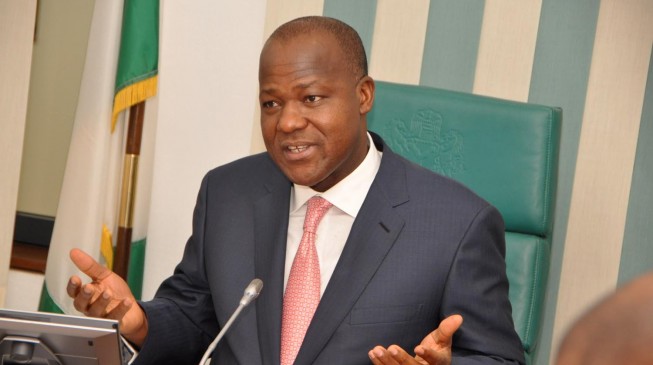 11:23 2016
Print This Article Share it With Friends
👤by Fredrick Nwabufo  0 Comments
Advertisement

The Economic and Financial Crimes Commission (EFCC) has commenced discreet investigation into allegations of “budget padding” levelled against Yakubu Dogara, speaker of the house of representatives, TheCable understands.

As part of the investigation, the agency invited finance directors of federal ministries and agencies to come with the details of their draft budgets and what was finally approved by the national assembly.

The directors are appearing before the agency on different days of the week, TheCable confirmed from one of those invited.

In July, Abdulmumin Jibrin, former chairman of the house committee on appropriation, was removed and he began to make a series of allegations against Dogara and other officers of the house.

He alleged that Dogara and his deputy, Yusuf Lasun; Alhassan Doguwa, and chief whip; Leo Ogor, minority leader, in cahoots with some members of the house made illegal insertions of about N450bn into the 2016 budget.

Jibrin also accused Dogara of diverting government projects to himself.

He called on anti-corruption agencies to investigate and to prosecute the speaker, describing him as a “shameless fraud”.

On August 1, he submitted petitions moored to his allegations against Dogara to the EFCC, the Independent Corrupt Practices and other related Offences Commission (ICPC) and the Department of State Services (DSS).

But in response, the house leadership described the allegations as wild, baseless and unfounded.

In a statement on August 18, the leadership of the lower chamber explained its reason from removing Jibrin as the chairman of the appropriation committee.

“The decision to relieve the erstwhile appropriation chairman of his position was a collective decision of the leadership in response to unrelenting pressures from the overwhelming majority of honourable members who were irked by the former chairman’s gross abuse of the budget process,” it said.

“Both actions were taken in the best interest of the institution and the nation for which we take full responsibility.

“In the meantime however, the leadership of the house of representatives wishes to reaffirm that it took collective action, in conjunction with the senate and a team from the executive, to rescue the 2016 budget when it became obvious that the former appropriation chairman had placed both the document and the process in jeopardy resulting in a spate of agitation from ministries, departments and agencies.”

“Truth may be slow but it usually always wins the race in the end. We have no doubts,”

Jibrin has vowed to continue his cause until Dogara goes to jail.

On Wednesday, he met with the presidential advisory committee on anti-corruption for more than three hours.

TWITTER @thecableng
Copyright 2019 TheCable. All rights reserved. This material, and other digital content on this website, may not be reproduced, published, broadcast, rewritten or redistributed in whole or in part without prior express written permission from TheCable.
Tags
Abdulmumin Jibrinbudget paddingEFCChouse of representativesYakubu Dogara
Advertisement