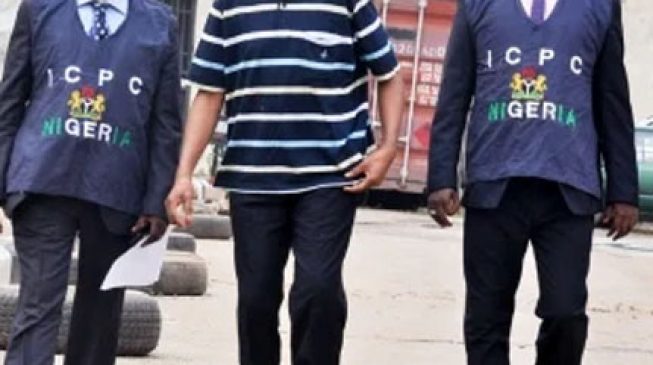 17:05 2019
Print This Article Share it With Friends
👤by TheCable  0 Comments
Advertisement

Celsus Ukpong, the right-hand man of Okoi Obono-Obla — who was suspended as chairman of the Special Presidential Investigation Panel (SPIP) on Wednesday — has been fired by the  Independent Corrupt Practices and Other Related Offences Commission (ICPC), TheCable understands.

Ukpong, who filed a suit against officials of the Nigeria Football Federation (NFF) over allegations of corruption in May, had his appointment terminated via a letter dated August 9, 2019 following a disciplinary procedure.

He had courted controversy when he described himself as the “chief legal officer” of ICPC in the suit against the NFF — a claim denied by the commission.

According to ICPC, Ukpong had been redeployed from the SPIP since December 2018 to the Sokoto office and was therefore no longer officially with the panel, thereby unable to act on behalf of the commission.

In a letter dated February 14, 2019, the secretary to the government of the federation (SGF) had directed the chairman of SPIP to release Ukpong immediately.

Following his failure to report to the Sokoto office after reportedly collecting relocation allowance, ICPC opened a disciplinary procedure against him.

He was accused of breaching the civil service rules as well as the conditions of service by his failure to proceed on transfer or accept posting and for being absent without official leave (AWOL).

His dismissal is with immediate effect, according to documents seen by TheCable.

TheCable also understands that the ICPC will soon issue an official statement on Ukpong’s dismissal.

Obono-Obla was suspended by the federal government following allegations of abuse of office, abuse of power and certificate forgery.

He is currently being investigated by the ICPC and is not expected to return to office.