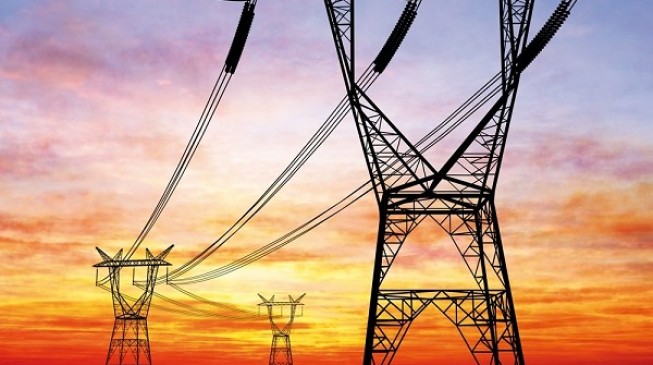 09:25 2017
Print This Article Share it With Friends
👤by Contributor  0 Comments
Advertisement

When the Electricity Corporation of Nigeria (ECN) was established in 1950, its mandate was to integrate electricity power development and make it effective for the teeming population of the country. An era when there would be uninterrupted supply of power was indeed envisaged.

But several years down the line, the obverse has become the case. There has been widespread power generation and distribution crisis. Terms such as erratic power supply, epileptic power supply, power blackout and power outage have come to be commonly associated with the power sector.

While the entire citizenry continue to groan and wonder what happened to the billions of dollars claimed to have been spent on delivering electricity to the country, families that are unable to afford power generating sets are made to dwell in perpetual darkness as a result of paltry power supply.

Homes, factories, schools and government offices with no option than to rely on generating sets to undertake their activities, complain about the attendant operational and maintenance cost. A report by the Good governance Initiative puts the annual spending on the purchase of petrol and diesel for running generators by Nigerians at N3.5tn, a development which has continued to affect the economy of the country.

Nigeria’s power sector should mirror the nation itself. No doubt. But sadly and regrettably too, it suffers from a glaring structural imbalance which is also reflective of the type of politics that has brought the nation to her knees. Worthy of note is the fact that the power sector has had several ministers in the past five years, yet there seem to be no end in sight to the problem bedevilling the sector.

Currently, Nigeria reportedly has an installed electricity generation capacity for supply to the national grid of 12,522MW, with an available capacity of only approximately 4,500 MW which has dropped to as low as 1,200 MW reaching the end users.

A report by World Bank suggests that about 75 million Nigerian lack access to adequate electricity.The country was also ranked highest among countries with electricity access deficit when energy access, efficiency and renewable are on the rise in many developing nations.

Several studies conducted to ascertain the performance of the power sector in the country have constantly revealed that the sector has failed to improve over the years.

A study by NOIPolls, an Abuja based research outfit for instance, reveals that an average daily power cumulative supply dropped from 9.6 hours in Q4 of 2016 to 8.9 hours daily in Q1 of 2017, indicating a 0.7 point decrease in the rate of power supply in the country, a development which was described by NOIPolls as a far cry from the standard 24 hours power supply which households in Nigerian should experience.

The report by GGI further reveals that the banking sector, with over 6,133 branches and each expending N4m on diesel every month and 48m in a year spends a total of 294.4bn per annum across all the branches. This is apart from the amount spent on powering ATM points located outside banking premises and maintaining the generators among other critical banking infrastructure.

It is pertinent to note at this point that the reason behind the poor performance in the power sector is the refusal by the government to invest hugely in renewable energy which has been identified as one of the rich energy potentials in the country.

The need to begin to explore the rich energy potentials in Nigeria in order to address the issue of poor power supply in the country took the centre stage during a three-day maiden workshop organized by the National Centre for Energy Research and Development, (NCERD), University of Nigeria, Nsukka in collaboration with the Institute of Energy and Climate research, Julich Germany.

Speaking at the workshop, the Director-General, Energy Commission of Nigeria, Prof. Eli Jidere Bala said that Nigeria has continued to witness problems in the energy sector which continues to affect development in the country, noting that it is about time we started thinking of assembling products needed to boost power supply in the country.

The workshop with the theme, “Exploring Africa’s renewable energy resources for sustainable development” was part of efforts by the administration of the Vice -Chancellor Prof. Benjamin Ozumba to help re-position the power sector.

A healthy and efficient power sector, if achieved, will go a long way to arrest growing unemployment, reduce crime which for us has become a recurring decimal, achieve economic diversification and rebound the economy for sustainable national development.

The federal government must as a matter of urgency look at the existing policies on renewable energy and take full advantage of it to boost her power generating capacity. It can collaborate with relevant private organizations and international bodies and to also promote renewable energy technologies by initiating surveys and studies to establish their potential in both urban and rural areas.

Speaking at the workshop by the NCERD, UNN, the Director of the centre, Prof. Paulinus Ugwuoke said that collaboration with other countries will go a long way in providing researchers including staff and students in Nigerian Universities the opportunity to share their research collaborations, thereby dealing with the issue of epileptic power supply in the country.

The use of renewable energy is renewable and sustainable and does not run out as it is constantly being replenished from natural resources. Unlike fossil fuels, which are negotiated on the international market and subjected to international competition and sometimes resulting in wars and shortages, renewable energy also has security of supply.

The implementation of renewable energy technologies will also go a long way in helping to address the environmental concerns that emerged due to greenhouse gas emissions and particulate matters as a result of power generation from oil, natural gas and coal.

There is the need to also open up the power sector for wider participation by different players to meet power challenges. States should be able to explore various alternatives on the economy of scales to generate power and distribute same under clearly stated regulations, making it quite easier to break down the power generation and distribution processes into more manageable bits.