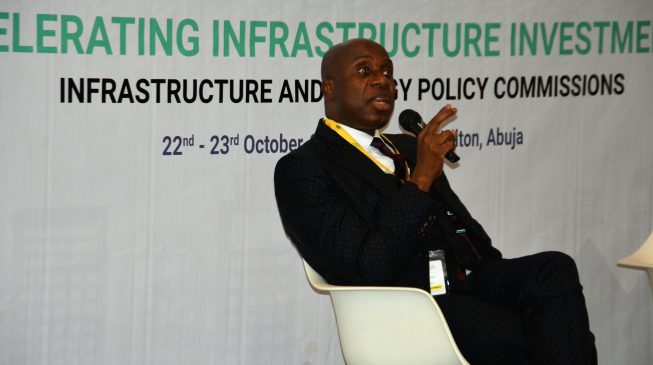 09:19 2018
Print This Article Share it With Friends
👤by Mayowa Tijani  2 Comments
Advertisement

Rotimi Amaechi, minister of transportation, says the Abuja-Kaduna rail line cannot run faster than 90 kilometres per hour because the ministry does not want locomotives killing cows.

The minister highlighted the complications the federal government has had to deal with in making rail concessions, stating that the concession with General Electric (GE) fell apart after the company was sold its rail business.

Amaechi, who spoke about local problems being faced by the rail system said Nigeria has more than enough to transport via rail, before stating restrictions caused by cows.

“The reason why we want to go back to narrow gauge is because between Lagos and Kano, we have 30 million tonnes of cargo. Even if you do three rail lines, it cannot be enough,” Amaechi said.

“It took us 14 days to move coaches from Lagos to Abuja; everyday we go and ask, how far, they say we are near Ogun state…  14 days.

“But if it were rail, the same day, it will get to Abuja. The kind of construction we are doing is 120 kilometres per hour (Km/h), it is a speed train.

“We are doing 90km/h with Abuja to Kaduna, the reason we are doing 90km/h is because there are cows everywhere, and we don’t want to kill cows. The other day they tried 100 and they killed how many cows, and they said ‘you people should replace the cows you killed.

“From that day, I have said let us maintain the 90km/h; at 120km/h you get to Kaduna in one hour. You can work in Kaduna and live in Abuja. It was initially one, but now, we have done four locomotives with 14 coaches.”

The minister also revealed that the federal government is paying as much as N40million in subsidies every month.

“We are still under pressure to have more locomotives and more coaches beacuse more people are now using the rail. But you know typical Nigerians, they like free things,” he added.

“We spend N56million per locomotive, and we get N16millon. If we increase it, you will start abusing us, ‘we won’t vote for this people’. But you see, it is subsidised, so you big men, government is subsidising you, that is why you should vote for us, because you are sharing the money.

“At the end of the day, we lose every month N40million, in fact it was worse initially, because it was N600 per passenger and nearly N1,000 for business class.

“I was grateful because it was the passengers — both poor and rich — who said increase the price, increase the cost, but whatever it is, we have not been able to break even.”

He says maybe the next minister of transportation will be able to raise the prices for the rail service to break even.

TWITTER @thecableng
Copyright 2020 TheCable. All rights reserved. This material, and other digital content on this website, may not be reproduced, published, broadcast, rewritten or redistributed in whole or in part without prior express written permission from TheCable.
Tags
abujaCowsGErotimi amaechi
Advertisement