EXTRA: INEC might be planning a special event for my certificate, says Okorocha 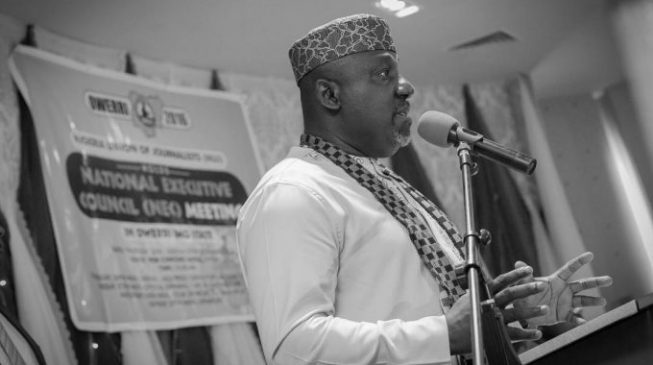 22:50 2019
Print This Article Share it With Friends
👤by News Agency  0 Comments
Advertisement

Rochas Okorocha, governor of Imo state, says the Independent National Electoral Commission (INEC) might be planning to organise a special event to issue him a certificate of return.

He spoke while reacting to the omission of his name on the list of elected senators. The commission presented certificates of return to all the senators elected on September 23, excluding Okorocha.

Innocent Ibeauchi, returning officer for the election in Imo west senatorial district, had said he was forced to declare Okorocha winner.

Responding, Mahmmod Yakubu, chairman of the commission, said INEC would not reward such “bad behaviour”.

While debunking the allegation, the governor said some persons who are opposed to his election’s victory are working to rig him out.

“I am sure you are aware that I was conspicuously absent at the certificates issuance ceremony. I was not there because INEC has removed my name from the list of elected senators, having been declared the winner by the zonal returning officer.I am actually waiting to hear why INEC struck my name out,” he said.

“I think probably, INEC must be trying to do something special, because I understand that once results have been declared and returns made, then you are bound to be issued a certificate of return.”

He added that he was however, in the dark as to why the commission exempted him from the ceremony and why he was not invited to collect his certificate of return.

The governor also denied that the returning officer was compelled to manipulate the outcome of the election.

“Maybe, INEC will want to organise a special programme for me to hand over the certificate of return to me, because clearly, I won and it was a peaceful election, the best you can ever think of,” he said.

“How can you put somebody on duress to declare you the winner of an election that you have already won? It is not true, but I must let the world understand that this is a game that is being played.

“The Resident Electoral Commissioner (REC) in Imo is playing a script, and the script is so funny, it is so cruel and crude actually and they are executing it in a funny way. I understand that people are beginning to fight a war of the future now when we are not even yet there.

“The idea is that, do not give Okorocha a certificate; you must slow him down until after they have elected the presiding officer, then you can let him come in.”

“Those behind the plot, are however, not smart in executing the project to rig me and my son in-law who is the governorship candidate of the Action Alliance (AA) Uche Nwosu out,” he said.

He alleged that Ihedioha did not have the needed spread of 25 per cent votes across the Local Government Areas of the state as required by law to emerge winner.

He stressed that the PDP candidate could,therefore not be declared winner of the poll.

He added that the idea is to also ensure that he does not become anything in the Senate and to make sure that his governorship candidate, who is his son in-law does not emerge winner.

Okorocha further added that his political opponents wanted to cripple him politically before 2023, saying that this is what is happening.

“I will advise INEC to do the right thing, to release my certificate so that I can celebrate as others, I want to be in the Senate, and it will be interesting if am there,” Okorocha said.

He said INEC should not allow his political opponents to use it as an instrument to achieve their desires.(NAN)