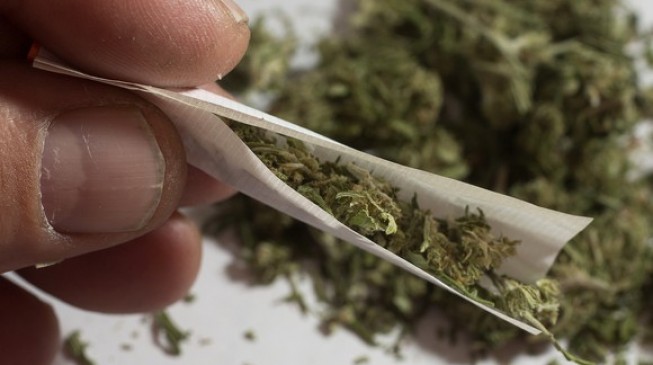 00:31 2019
Print This Article Share it With Friends
👤by News Agency  0 Comments
Advertisement

An Indian hemp seller in Lagos state put himself in trouble when he invited a policeman to arrest two customers who had attempted to make a purchase with fake currency.

The customers — Sunday Uche, 24; and Patrick Chidiebere, 25 — allegedly attempted to cheat the marijuana seller by presenting N21,500, which turned out to be fake.

The unnamed seller subsequently invited a policeman who was on patrol duty to the scene, following which all of them were arrested. The Incident happened on December 3.

On Friday, Uche and Chidiebere appeared before a Yaba magistrate’s court in Lagos for allegedly possessing counterfeit naira notes totaling N21,500, with which they had attempted to buy Indian hemp at the Tejuosho Market, Yaba.

The defendants face two counts of conspiracy and possession of forged banknotes.

They, however, pleaded not guilty to the charges.

Godwin Oriabure, the prosecutor, told the court that the defendants committed the offences on December 3.

He said when the hemp seller realised that the notes were fake, he drew the attention of a police officer who was on patrol in the area.

“My lord, the Indian hemp seller was also arrested for possessing an illegal substance,” Oriabure said.

The alleged offences contravene sections 411 and 372 of the criminal law of Lagos state, 2015 (revised).

Section 411 stipulates two-year imprisonment for conspiracy; while possession of forged banknotes attracts seven-year jail term, in line with the provisions of Section 372.

The defendants were, however, granted N100,000 bail each, with two sureties in like sum.

E.N. Ojuromi, the magistrate, ordered that the sureties must be gainfully employed, with evidence of three-year tax payment to the Lagos state government.