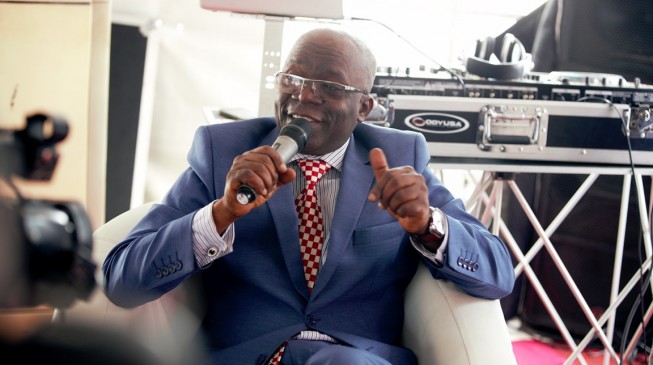 17:40 2018
Print This Article Share it With Friends
👤by Chinedu Asadu  0 Comments
Advertisement

Femi Falana, human rights lawyer, says the police officers who invaded the house of Edwin Clark, Ijaw leader, should not have been dismissed from the force.

Three of the four officers involved in the act were dismissed after they searched Clark’s residence based on a tip-off but did not find anything incriminating.

The police have since apologised to the Ijaw leader over the incident which the IGP the described as embarrassing.

In a statement Sunday, Falana said the police should have only suspended the officers since Clark has accepted the apology.

He added that the dismissal should be revisited by the Police Service Commission (PSC), saying it is the only body empowered to discipline erring officers.

“In a country where no security officer has ever been sanctioned for invading and searching the home of any citizen the dismissal of the three Police Inspectors ought to be revisited and reviewed by the Police Service Commission, the only body constitutionally empowered to dismiss and exercise disciplinary control over all serving police officers except the Inspector-General of Police,” he said.

“Since Chief Clark has graciously accepted the public apology tendered by the Police Authorities the dismissal of the policemen should be converted to suspension.”

The senior advocate of Nigeria (SAN) said in the interest of national security, information concerning the importation and keeping of weapons in the homes of citizens should not be handled carelessly by police officers “for fear of dismissal from the service”.

“To prevent the violation of the right of citizens to the privacy of their homes by police officers and other security personnel the federal government should proceed to acquire the radar that has the capacity to detect weapons hidden in private houses or public buildings,” he said.

TWITTER @thecableng
Copyright 2020 TheCable. All rights reserved. This material, and other digital content on this website, may not be reproduced, published, broadcast, rewritten or redistributed in whole or in part without prior express written permission from TheCable.
Tags
dismissalEdwin Clarkfemi falanaPolice
Advertisement