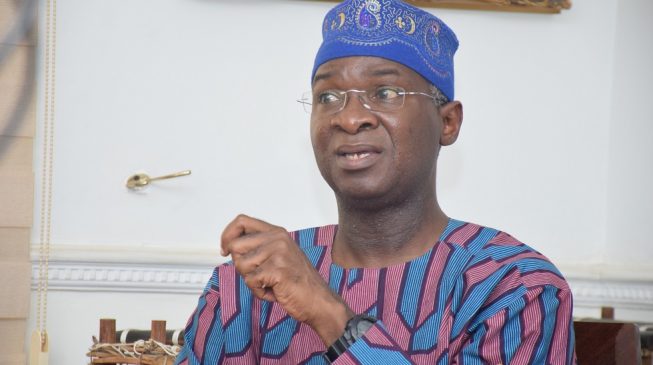 21:23 2019
Print This Article Share it With Friends
👤by Taiwo Adebulu  0 Comments
Advertisement

Speaking on Thursday at the 2019 Punuka annual lecture in Abuja, Fashola maintained that the regulatory body, not the minister, could either cancel or amend the licences of the DisCos upon consumers complaints.

He said that state governments are also empowered under the constitution to generate, transmit and distribute electricity in areas not covered by the national grid.

“The power not to renew or to revoke operational licence of any of the authority is in sections 73 and 74 of the Act and so, there is no monopoly granted any agency unless it is endorsed on their licence,” Fashola said.

“So, there is nothing that stops the regulator from licensing another person to do the same activities within their territory as DisCo.

“If you are not serving an area well, you will get a notice that consumers in the area are not happy and you will be given a time limit to deal with the problem.

“Upon failure to address the problem, the regulator can amend your license, take the area out of your territory and license it to another person or cancel the entire license.”

The Nigerian electricity distribution sub-sector has been considered the weakest link in the value chain since privatisation of the power sector in 2013, as it has failed to live up to the performance expectations.

TWITTER @thecableng
Copyright 2020 TheCable. All rights reserved. This material, and other digital content on this website, may not be reproduced, published, broadcast, rewritten or redistributed in whole or in part without prior express written permission from TheCable.
Tags
Babatunde FasholaDISCOSElectricityNERCPower sector
Advertisement