Femi Adesina: Millions of Nigerians not bothered about Sowore’s rearrest 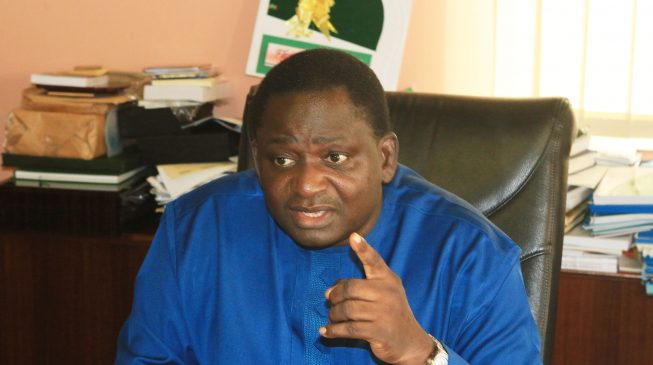 14:28 2019
Print This Article Share it With Friends
👤by Ebunoluwa Olafusi  0 Comments
Advertisement

Femi Adesina, presidential spokesman, says millions of Nigerians are not bothered about the rearrest of Omoyele Sowore, convener of Revolution Now.

Sowore was rearrested by the Department of State Services (DSS) at a federal high court in Abuja last Friday — less than 24 hours after he was released.

This sparked off an outrage within and outside the country, and with many accusing the government of President Muhammadu Buhari of sliding into dictatorship “through the attempt to silence critics”.

Reacting to the outrage, Adesina said the attempt to arrest Sowore within the court premises was “not a desecration of the temple of justice”, and that the video of the arrest being circulated on social media is concocted and does not reflect what transpired.

“It depends on what is real, what is the concocted story or what is the reality,” Adesina said.

“We have heard a concocted story with a concocted video or incomplete video and then the DSS has come out to give its own perspective and I think that then gives a fairly balanced texture.

“If you are fair-minded; you are balanced; you are neutral, I’m sure you will have a balanced perspective of what happened. So as far as I am concerned, if you ask my opinion, I think it was not a desecration of the temple of justice because the DSS has explained how things played out.

“I don’t particularly agree with you. When you say a lot of Nigerians …you know that all this noise is coming from less than 100 million Nigerians and the noise will be so loud that you think it is the whole country.

“It is a country of 198 million people. When just 100,000 are making noise in the social and traditional media, you would think the whole country is in an uproar. There are millions and millions of people who are not bothered.

“There are millions and millions of people who understand what the issues are. So, you can’t just say this is the opinion of a vocal minority and you then conclude that the country is in an uproar. That is not correct”

He also said the comments made by Femi Falana, counsel to Sowore, should not be treated as a balanced perspective because of his interest in the case.

“Falana is not a neutral party, we know the side where he belongs to in this matter; therefore, his opinion will not count much,” he said.

TWITTER @thecableng
Copyright 2020 TheCable. All rights reserved. This material, and other digital content on this website, may not be reproduced, published, broadcast, rewritten or redistributed in whole or in part without prior express written permission from TheCable.
Tags
Courtdesecrationfemi adesinaomoyele soworeRevolution Now
Advertisement