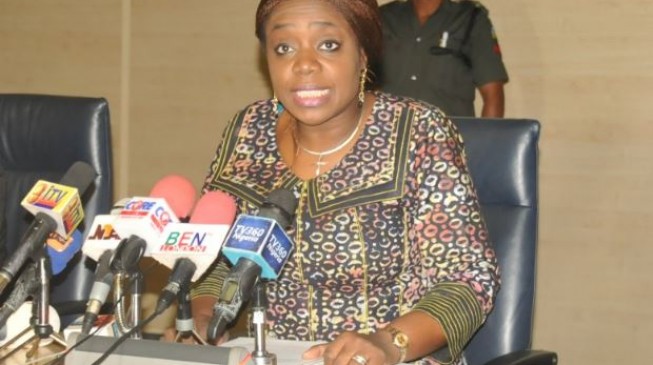 23:42 2017
Print This Article Share it With Friends
👤by News Agency  0 Comments
Advertisement

The federal government says it has compiled the list of 500 Nigerian tax dodgers, some of them prominent citizens who have homes abroad.

Kemi Adeosun, minister of finance, who disclosed this at the national economic council meeting, said the list of about 500 Nigerians with trusts abroad has been obtained to determine their tax compliance status at home.

She explained that such Nigerians can take advantage of the Voluntary Assets & Income Declaration Scheme (VAIDS) to settle past taxation defaults.

“Letters would soon be going out to these Nigerians, including a number of prominent ones, asking them to take advantage of the tax amnesty in order to avoid prosecution and fines by simply paying up their tax defaults,” she said.

The amnesty is available till March next year.

At the council meeting which was chaired by Vice-President Yemi Osinbajo, an ad hoc committee, a creation of the council, reported that a number of revenue-generating agencies may have significantly under-remitted returns to the federation account, from 2010 to 2015.

The council had previously ordered the forensic audit to review remittances of the agencies covering 2010 to May 2015.

Council was also informed of “questionable” loans granted by some of the revenue generating agencies.

Out of the 18 agencies in which forensic audit was conducted, the committee completed work on 13 agencies, two are ongoing and 3 are not revenue generating.

The 13 agencies where the audit had been completed include: NIMASA, NNPC, NPA, FIRS, NPDC, DPR, etc.

The two outstanding agencies are the Customs Service and NCC.

The national economic council has directed the committee to conclude its report under four weeks and fully report back to council in the next meeting.

TWITTER @thecableng
Copyright 2020 TheCable. All rights reserved. This material, and other digital content on this website, may not be reproduced, published, broadcast, rewritten or redistributed in whole or in part without prior express written permission from TheCable.
Tags
Kemi AdeosuntaxVAIDS
Advertisement