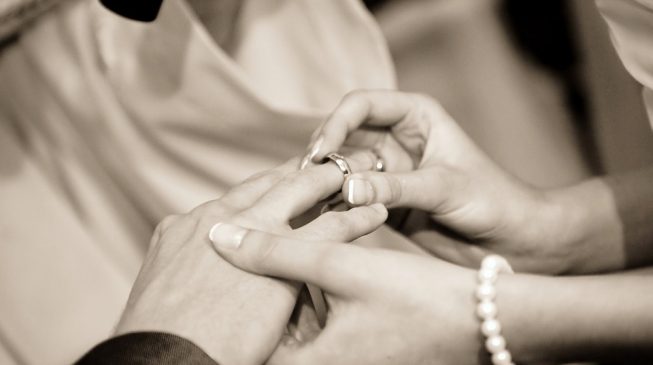 19:03 2018
Print This Article Share it With Friends
👤by Oluseyi Awojulugbe  0 Comments
Advertisement

The federal government says claims made by the Lagos state government about the legality of the Federal Registry, Ikoyi is wrong.

In a statement released in Abuja on Friday, Bola Odugbesan, director of legal at the ministry of interior, said marriage registration and certification are outside the purview of states and local governments.

On Thursday, Muslim Folami, the Lagos state commissioner for local government and community affairs, had announced the Lagos high court delivered a judgement pronouncing that marriages conducted by the Federal Registry, Ikoyi is not legally binding.

Punch reports that the ministry of interior said the court presided over by Chuka Obiozor, simply upheld the judgment of a federal high court delivered in 2002, which was not appealed.

According to the ministry, the case with suit number: FHC/LCS/1760/16 was between Egor local government area of Edo state, three other vs the ministry of interior and others.

It said the case was struck out by Obiozor in his judgement delivered on April 30, 2018, describing it as “an abuse of court process”.

“In the case, the court was invited to interpret the provisions of the Constitution conferring on local governments the powers to register marriages,” Odugbesan said.

“The minister of interior, through his counsel, Bola Odugbesan, argued that under item 61 of the Exclusive List, matters connected with marriage under the Marriage Act, issuing of a marriage certificate and its registration are outside the purview of state and/or local governments.

“The court held that the case is an abuse of the court process in view of the earlier judgment of the court in 2002, which upheld the sanctity of the rights of the minister to issue licences to places of worship to conduct marriages, and the registrar under the Marriage Act to register marriages.

“It is instructive to note that Lagos State was not a party in the case.”

Odugbesan also said the federal high court did not order the closure of Ikoyi Marriage Registry, as announced.

TWITTER @thecableng
Copyright 2020 TheCable. All rights reserved. This material, and other digital content on this website, may not be reproduced, published, broadcast, rewritten or redistributed in whole or in part without prior express written permission from TheCable.
Tags
Federal Registry IkoyiLagos State Governmentmarriage registry
Advertisement