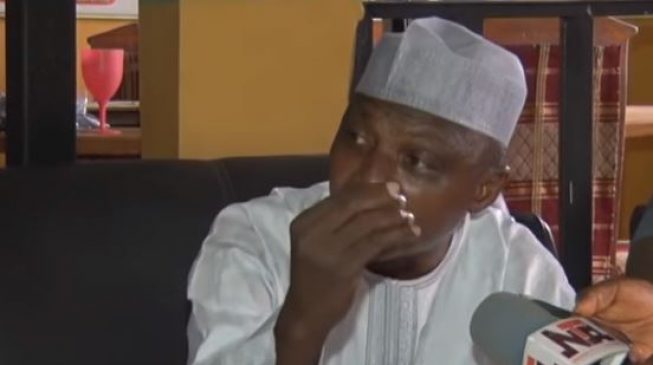 21:17 2018
Print This Article Share it With Friends
👤by Oluseyi Awojulugbe  0 Comments
Advertisement

HSBC has no moral right to criticise President Muhammadu Buhari or make predictions about his potential second term, Garba Shehu, senior special assistant to the president on media and publicity, has said.

He accused the bank of laundering more than $100 million for late Sani Abacha, former military head of state.

In a recent report, the bank had predicted that a second tenure of Buhari would stunt the economy and that the Peoples Democratic Party (PDP) will win the 2019 election.

Reacting on Saturday, Shehu said in the statement: “The Presidency wishes to make clear to all Nigerians, and particularly the global banking giant HSBC which said the second term of President Muhammadu Buhari would stunt the economy, that what killed Nigeria’s economy in the past was the unbridled looting of state resources by leaders, the type which was actively supported by HSBC.

“A bank that soiled its hand with ‘millions of US dollars yet-to-be-recovered Abacha loot’, and continued until a few months ago to shield the stolen funds of one of the leaders of the Nigerian Senate has no moral right whatsoever to project that a “second term for Mr. Buhari raises the risk of limited economic progress and further fiscal deterioration.”

Shehu advised the bank to follow President Buhari’s advice that it should return Nigeria’s stolen assets.

“Our investigation agencies believe that HSBC had laundered more than USD 100,000,000 for the late General Sani Abacha in Jersey, Paris, London and Geneva,” the presidential aide said.

“The bank is also suspected in the laundering of proceeds of corruption involving more than 50 other Nigerians, including a serving Senator as earlier indicated.

“They may also just be out to discredit the President out of the fear of sanctions and fines following the national assets that are stolen.”

Shehu said Jack Bernstein told the story of how the bank was allegedly involved in money laundering in his book, ”Secrecy World: Inside the Panama Papers Investigation.

TWITTER @thecableng
Copyright 2020 TheCable. All rights reserved. This material, and other digital content on this website, may not be reproduced, published, broadcast, rewritten or redistributed in whole or in part without prior express written permission from TheCable.
Tags
Garba ShehuHSBC BankSani Abacha
Advertisement