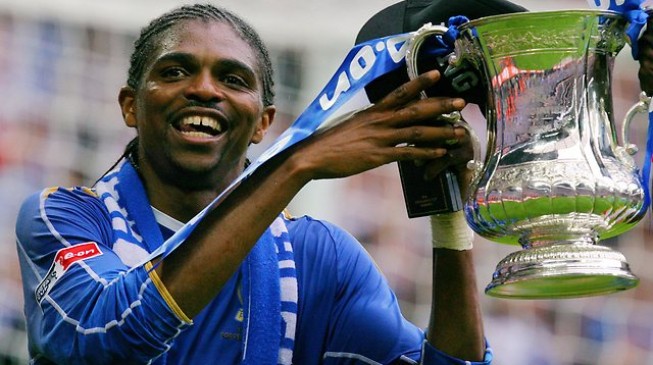 18:23 2014
Print This Article Share it With Friends
👤by Victor Akhidenor  1 Comment
Advertisement

Comparison is odious but like variety – it’s the spice of life.

Samuel Eto’o has just called time on international football with Cameroon. The prolific striker who recently signed a two-year deal with Barclays Premier League side Everton is the most decorated African player. But was he the greatest?

We take a look at five retired players who can also lay claim to that exalted position as Africa best ever player. 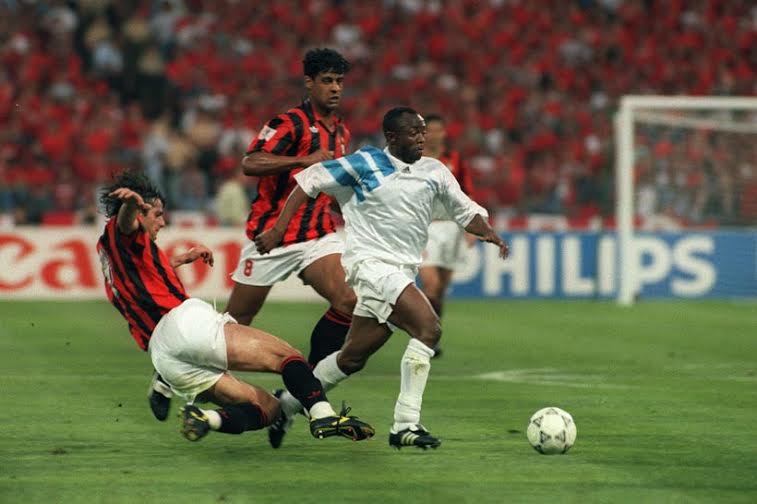 It took eight years for Europe, nay the world, to notice the talent of the player once described as ‘the skinny lad with Octopus legs’. Eight years of ‘wilderness’ in Qatar, then later Republic of Benin. But diamond cannot be hidden for long and Abedi Pele showed his virtuosity at Stadio Giuseppe Meazza during a European Club’s Cup quarter-final first leg match between Milan and his club Marseille. The game ended 1-1 and Pele’s was not among the scorers. He was rather the cynosure.

Any time I play for Marseille, I have the feeling I am playing in two or three teams. I play for the team Marseille, all blacks in this world and particularly Africans – Pele, 1993.

African Player of the Century by IFFHS – 3rd 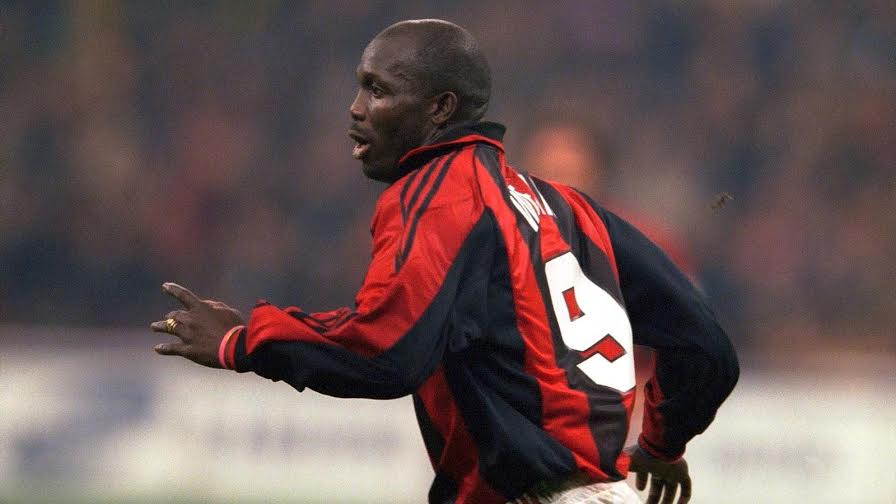 When FIFA declared him king of world soccer on January 8, 1996, Weah became the first man on earth to win the African, European and World best player titles all in the same year. The margin of his victory was even more spectacular. Weah got 170 votes against 80 for his Milan teammate Paulo Maldini and 58 for Jurgen Klinsmann. Saying he also won the Italian and Liberian best player awards is a moot point. He’s not called ‘King George I’ for nothing – and why not?

African players have the talent already and what is left is for African countries to provide the facilities to enhance their talents – Weah, 1997.

BBC African Footballer of the Year: 1995

African Player of the Century: 1996 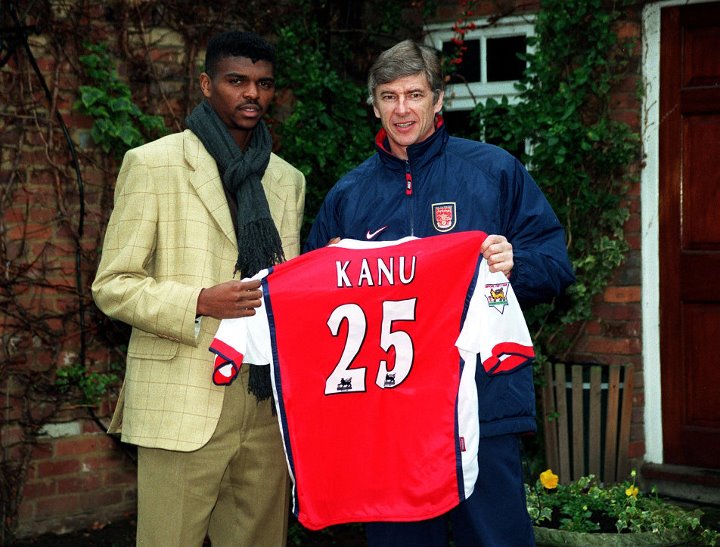 With or without the heart ailment which caught the attention of the world, Kanu would still have merited his place in the annals of legends out of Africa. Kanu’s 1996 achievements with his club Ajax and at the Olympics with Nigeria were always going to be good enough to fetch him the honour. Before it was equaled by Cameroon in year 2000, the Olympic gold medal was Africa’s highest achievement in world football. Kanu’s two goals sent Brazil out in the semi-final.

I’ll be back! – Just before he was wheeled in for the heart operation to fix his weak aorta valve at Cleveland hospital in Ohio, USA, 1996. 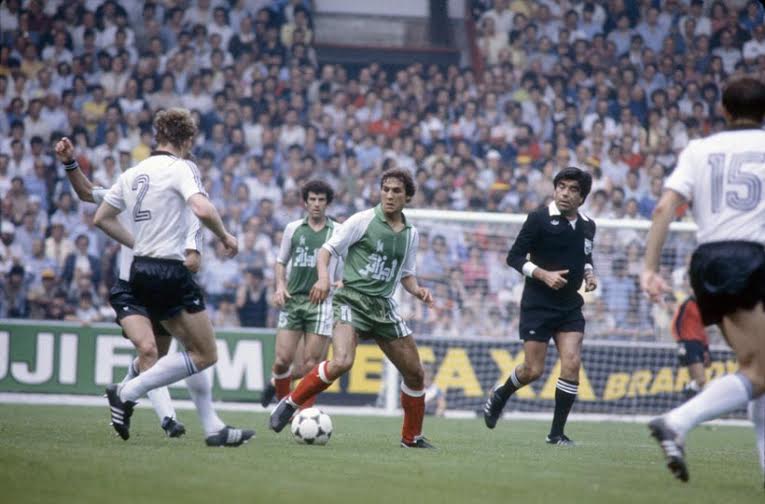 He left the shadows of Algerian teammate Lakhdar Bellounmi when he was made the national team captain – a sign of recognition by his country that he was then their number one player. He guided the national team to victory at the 17th Africa Cup of Nations on home soil where he emerged player of the tournament. He will always be remembered for the cheeky goal he scored for Porto against Bayern Munich in the 1987 European Cup final.

The virus never leaves you – Madjer on football, 2013.

African Footballer of the Year: 1987

Algerian Footballer of the 20th century: 2009 (with Lakhdar Belloumi) 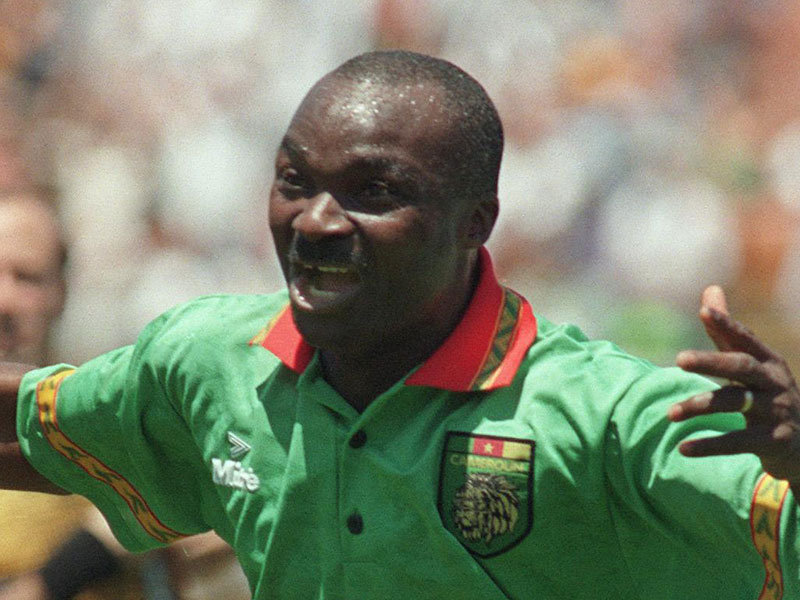 The stories of the 1990 and 1994 World Cups will not be complete without a certain Roger Milla. On both occasions, he came out of retirement to shine at the biggest stage in world football. At Italia ’90, Milla scored arguably the most dramatic goal of the tournament when he robbed Colombia’s keeper Rene Higuita of the ball and slotted it into an unguarded net. At USA ’94, Milla at age 42 became the oldest player to score in the World Cup, during Cameroon’s 6-1 loss to Russia.

Nobody dribbles Milla – After robbing Higuita of the ball, 1990.

Comparison can also be tedious so let us know your pick of the pack – from those we included and those we left out.

EXCLUSIVE: Why US is mulling visa ban on Nigeria, by diplomatic sources