IN MEMORIAM: Awo, the sage who named the naira, drew his last breath 30 years ago 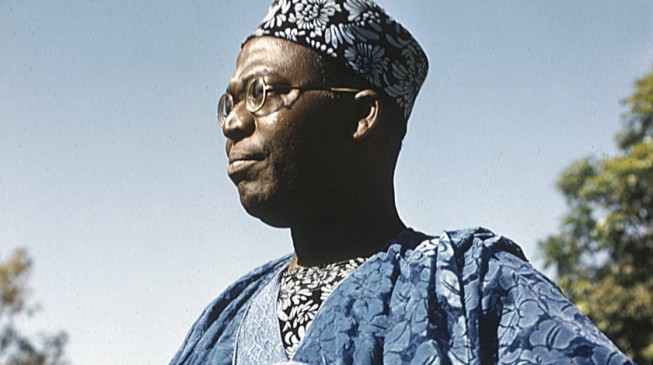 16:28 2017
Print This Article Share it With Friends
👤by Jamilah Nasir  2 Comments
Advertisement

“Those of us placed in a position of leadership must be prepared to grasp the nettle If we unite in doing so, and if, in addition, we set a worthy example and a marat on pace in probity, unselfishness, and self-sacrifice, the people will follow, all too readily, in our footsteps.” — Obafemi Awolowo

Very few people have succeeded in imprinting their footprints on the sands of time and indeed even fewer have legacies which continue to have strong impacts on human lives, irrespective of the passage of time. Indeed, the legacies of the heroes of the past speak for them in Nigeria’s present political system. Obafemi Awolowo is one such person whose life and personality would remain indelible in the heart of Nigerians.

Born on March 6, 1909, in Ikenne local government area of Ogun state, into the family of Shopolu and Efunyela Awolowo, Awo was a Nigerian nationalist and statesman who played a pivotal role in Nigeria’s independence movement, the first and second republics and the Nigerian civil war of 1967. 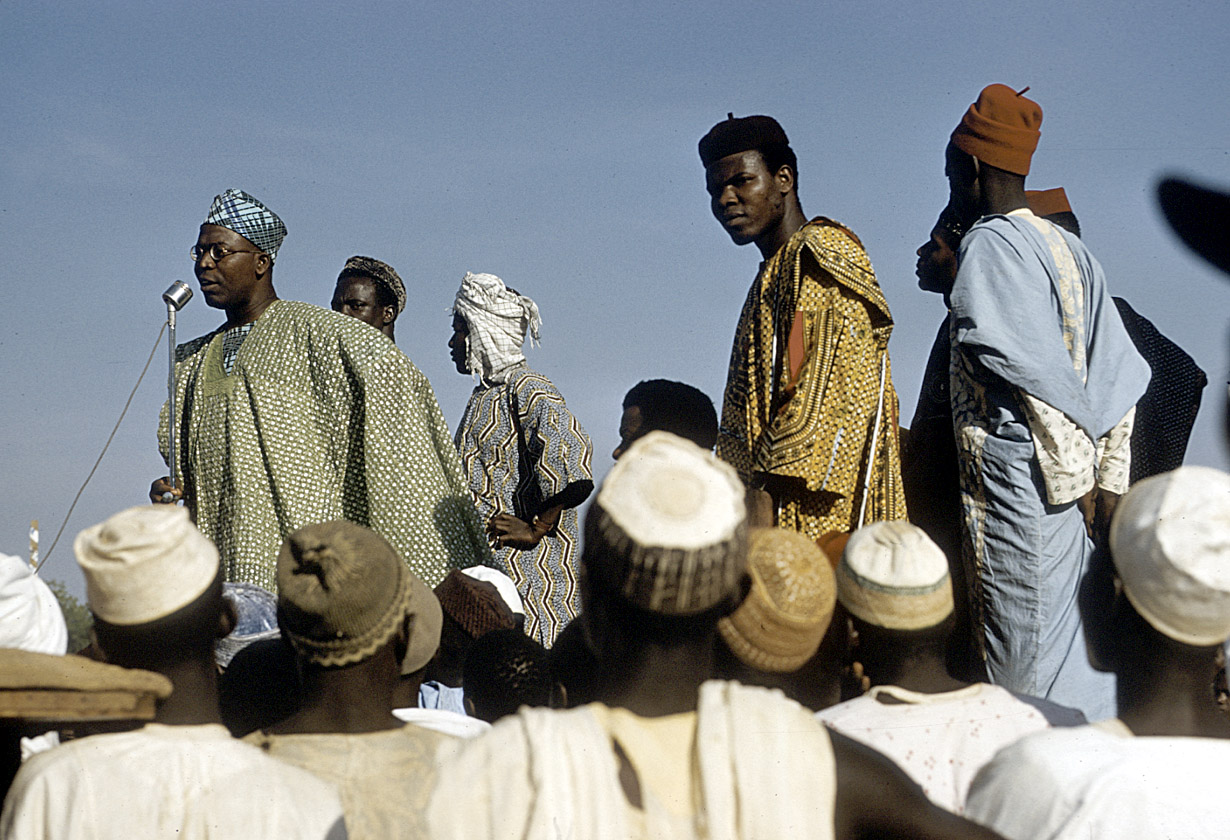 Awolowo in Sokoto during a campaign

He was the first premier of the western region under Nigeria’s parliamentary system. As an activist, he fought with unwavering dedication and commitment for the freedom and justice for the African people, Nigeria in particular.

He started his career, as a nationalist in the Nigerian Youth Movement (NYM), and rose to become western provincial secretary. Awolowo was responsible for much of the progressive social legislation that has made Nigeria a modern nation.

JACK OF MANY TRADES

Although he wanted to be a lawyer, his entrepreneurial spirit and the need to make ends meet made him engage in a number of menial jobs. At age 7, he lost his father and this halted his education for a while. He had to fend for himself at that tender age. In order to achieve this, he worked at various times as a houseboy, a water-carrier, a firewood seller, and much later as a journalist, teacher, clerk, moneylender, taxi driver, produce broker.

Despite his interest in business, Awolowo wanted to continue his formal education. In 1944, he completed a University of London correspondence course for the bachelor of commerce degree. His greatest ambition, however, was to study law, which he undertook in London from 1944 to 1946, when he was called to the bar. Returning to Nigeria in 1947, he developed a thriving practice as a barrister in Ibadan.

GRUDGE WITH AKINTOLA OVER HIS INCARCERATION 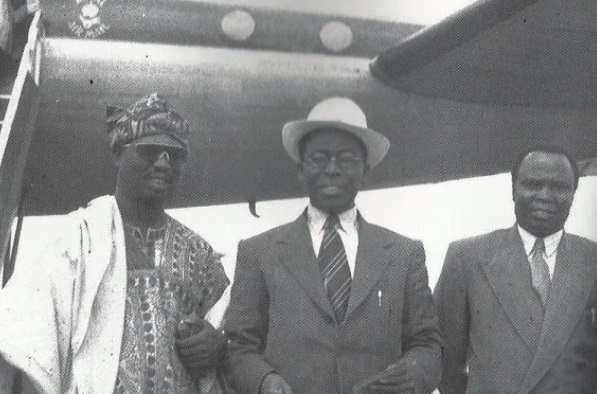 As head of the Action Group, he led demands for a federal constitution, which was introduced in the 1954 Lyttleton Constitution, following primarily the model proposed by the western region delegation led by him. As premier, he proved to be and was viewed as a man of vision and a dynamic administrator.

From the eve of independence, he led the Action Group as the leader of the opposition in the federal parliament, leaving Samuel Ladoke Akintola as the western region premier. Serious disagreements between Awolowo and Akintola on how to run the western region led the latter to form an alliance with the Tafawa Balewa-led NPC federal government. A constitutional crisis led to the declaration of a state of emergency in the western region, eventually resulting in a widespread breakdown of law and order.

Akintola’s followers, angered at their exclusion from power, formed the Nigerian National Democratic Party (NNDP) under Akintola’s leadership. Having previously suspended the elected western regional assembly, the federal government then reconstituted the body after manoeuvres that brought Akintola’s NNDP into power without an election. Shortly afterwards, in 1963 Awolowo and several disciples were found guilty of conspiring to overthrow the Nigerian government. He was arrested, charged, convicted of treason and sentenced to a term of ten years in jail for conspiring with the Ghanaian authorities under Kwame Nkrumah to overthrow the federal government.

However, in 1966, an attempted coup d’etat led to the suspension of the Nigerian federal constitution and the empowerment of a military government which promised a new constitution. Later, in 1966, he was released from prison and the following year was invited to join the federal military government as federal commissioner of finance and as vice chairman of the federal executive council.

Awolowo continued to serve the government as commissioner of finance and vice chairman of the federal executive council throughout the years of Nigeria’s civil war with Biafra. In his 1970 book, The Strategy and Tactics of the People”s Republic of Nigeria, he implied a position which he would state more firmly in subsequent years that the government’s post-war spending should be devoted to development rather than to the military.

HIS ROLE IN THE NIGERIAN CIVIL WAR

As the finance minister while the war lasted, Awolowo was accused of placing an embargo on the fund meant for the Biafrans.

However, Olaniwun Ajayi, a lawyer and chieftain of Afenifere, a pan-Yoruba socio-cultural group, defended him.

When Chinua Achebe released ‘There Was A Country’, Ajayi, an indigene of Isara in Ogun state, was incensed over what was written about Obafemi Awolowo, pan-Yoruba leader, in respect to the Biafran war.

“It is a great error, he never said anything about what Awolowo did to prevent the civil war,” he had declared.

Ajayi had insisted that Awolowo did a lot to prevent the war by leading a delegation from the south-west to prevail on Chukwuemeka Ojukwu, but the late warlord, he said, eventually reneged on his promise to Awolowo to avert the war.

Proponent, free and accessible education in the west Any people that is starved with books, especially the right type of books, will suffer intellectual malnutrition, stagnation and atrophy- Awolowo

As a socialist, Awolowo championed universal and free education. Basic to socialism are the ideals of justice and equality, which stipulate that natural resources belong to all citizens equally. Consequently, Awolowo canvassed for equal educational opportunities. In order to make education accessible to all, he recommended a system of free education. In this regard, Awolowo rejected the practice of boarding schooling, accusing it of only catering for the few rich.

In the first decade after independence, there was free-flowing access to education at all levels – primary, secondary and tertiary.

He introduced and successfully implemented the first free primary education in Nigeria for children up to the age of 18 years. Awolowo and some ministers in the Action Group government of western region launched the free primary education programme virtually in all towns, villages and cities in the west. The educational edge that the Yorubas of the west have over the rest of the country was as a result of the free, compulsory primary schooling introduced by Awolowo.

After Awolowo set the pace in the West, Nnamdi Azikiwe and Ahmadu Bello were compelled to introduce the scheme in the east and north respectively. With the bold free education policy of late Awolowo came the promise that greatness can emerge through the right investment in education. As it became a national agenda, millions of Nigerians were able to go to school. 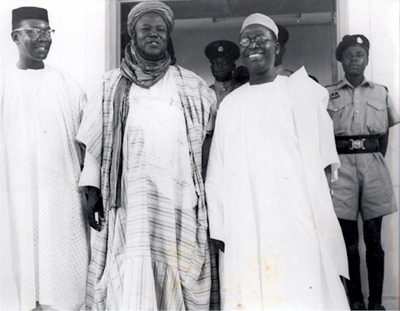 He resigned in 1971 to protest the government’s continuation of military rule, and in 1975, following the overthrow of the Gowon government, issued a press release questioning the country’s military spending. In 1979 and 1983 he ran for president as the candidate for the Unity Party of Nigeria, losing to Shehu Shagari. Awolowo returned to private life upon the overthrow of the Shagari government in December 1983.

Awolowo is best remembered for his remarkable integrity, ardent nationalism, principled and virile opposition, and dogged federalist convictions. He is credited with coining the name “naira” for the Nigerian standard monetary unit and helped to finance the civil war and preserve the federation without borrowing.

He built the Liberty stadium in Ibadan, the first of its kind in Africa, established the WNTV, the first television station in Africa, erected the first skyscraper in tropical Africa- the Cocoa House.

In recognition of his achievements, Awo was the first individual in the modern era to be named leader of the Yorubas. He breathed his last mortal breaths in Ikenné on May 9, 1987.

TWITTER @thecableng
Copyright 2020 TheCable. All rights reserved. This material, and other digital content on this website, may not be reproduced, published, broadcast, rewritten or redistributed in whole or in part without prior express written permission from TheCable.
Tags
Obafemi Awolowo
Advertisement