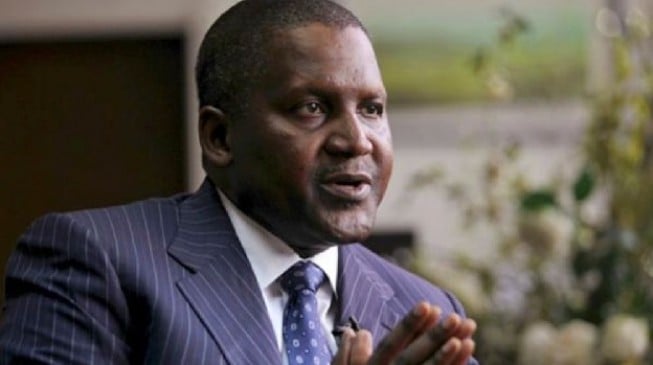 11:54 2016
Print This Article Share it With Friends
👤by Mayowa Tijani  0 Comments
Advertisement

Aliko Dangote, president of Dangote Group and Africa’s richest man, has been rated by Forbes Magazine as more powerful than Mike Pence, the vice president-elect of the world’s most powerful nation, the US.

Putin was followed by Donald Trump, US president elect, and Angela Merkel, the German chancellor, who came in at the second and third spot.

Pence occupied the 69th spot, while Dangote was named the 68th most powerful person alive, an African ranking bettered only by Abdel el-Sisi, the Egyptian president, who came in at 44.

Barack Obama, the leader of the free world, was relegated to 48 on the power list.

Facebook’s Mark Zuckerberg, Kim Yung-un of North Korea, Uber’s Travis Kalanick, and the Google roommates, Larry Page and Sergey Brin, aged 32, 33, 40, 43, and 43 respectively, were the youngest persons on the list.

Commenting on the list, Forbes said: “For the fourth consecutive year, Forbes ranked Russian President Vladimir Putin as the world’s most powerful person. From the motherland to Syria to the U.S. presidential elections, Russia’s leader continues to get what he wants.

“In second place, President-elect Donald Trump has a seeming immunity to scandal, both houses of Congress on his side, and a personal net worth in the billions.

“And the third most powerful person in the world also happens to be the most powerful woman: Angela Merkel, the chancellor of Germany and the backbone of the European Union.”

Abu Bakr al-Baghdadi, leader of the Islamic State (ISIS), came into the list in the 57th spot.

The influential people were chosen based on four dimensions: power over people, active use of power, financial resources available to the person, and presence in multiple spheres of life.

TWITTER @thecableng
Copyright 2020 TheCable. All rights reserved. This material, and other digital content on this website, may not be reproduced, published, broadcast, rewritten or redistributed in whole or in part without prior express written permission from TheCable.
Tags
aliko dangoteDonald TrumpForbesMike Pence
Advertisement