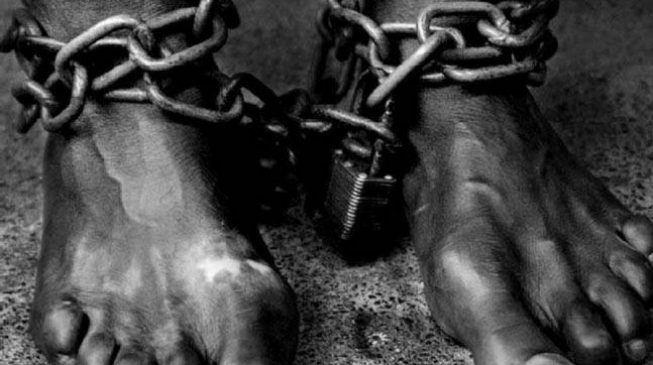 13:56 2019
Print This Article Share it With Friends
👤by Dyepkazah Shibayan  0 Comments
Advertisement

Buhari said this in an opinion published in The Washington Post on Friday to mark the 400th anniversary of the abolition of slave trade.

The president said despite the fact that the descendants of African slaves have made valuable contributions to society, they still face discrimination and racism.

He noted that slavery still thrives with as many as 40 million people living in forced servitude.

“It is not enough to mark this 400th anniversary. We must use it as a platform to eliminate slavery in all its present-day forms,” Buhari said.

“We should reflect in memory to find a better future, one that should ensure freedom for all.”

He said in Africa, slavery are in the forms of debt bondage, commercial sexual exploitation and forced domestic servitude.

“The abolitionists of the 19th century succeeded more than any before: By working to extinguish the transatlantic slave trade that had claimed 15 million victims, they laid the groundwork to ensure it did not manufacture millions more,” the president said.

“But their work is not done. We must take up their examples as we forge a path forward to eliminate modern-day slavery in all its forms. Slavery, once again, has become entwined in the global economy — and it is largely unseen.

“For instance, most of us might know in principle that the mining of cobalt crucial to our smartphones might have used forced labor.”

Buhari added that only political will could be used to curb modern day slavery.

TWITTER @thecableng
Copyright 2020 TheCable. All rights reserved. This material, and other digital content on this website, may not be reproduced, published, broadcast, rewritten or redistributed in whole or in part without prior express written permission from TheCable.
Tags
Muhammadu Buharislave trade
Advertisement