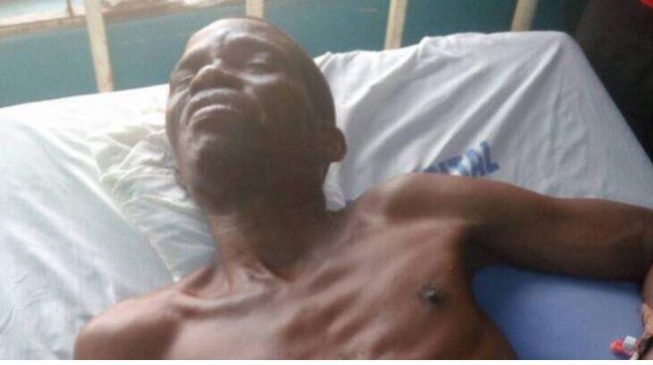 18:20 2018
Print This Article Share it With Friends
👤by Remi Sulola  0 Comments
Advertisement

“When the commissioner of health in Lagos state heard the news, he asked for his immediate transfer to LASUTH in Ikeja.

“It was after the scan and series of test carried out that we were told that there was no light and bed space for him, that he should be taken to LUTH.

“In such a serious condition, we left LASUTH for LUTH, it was during this period that we noticed he started gasping for air till we got to LUTH.

“The rigours of the journey from LASUTH to LUTH was too much for his frail condition and he gave up in the process.

“It is painful to have lost him at this point that help came to him but we thank God for his life.”

King played school football across the south-west states and was among the Flying Eagles squad of the 1979/80.

He made his name playing for the Shooting Stars of Ibadan and was in goal during the 1984 CAF African Cup of Champions where his team finished as runners-up to Zamalek of Egypt.

King later left Shooting Stars and joined the defunct Abiola Babes of Abeokuta with whom he won the 1987 FA Cup title.

TWITTER @thecableng
Copyright 2020 TheCable. All rights reserved. This material, and other digital content on this website, may not be reproduced, published, broadcast, rewritten or redistributed in whole or in part without prior express written permission from TheCable.
Tags
Abiola BabesFlying EaglesRamoni ObaRaymond KingShooting StarsSportTajudeen Disu
Advertisement