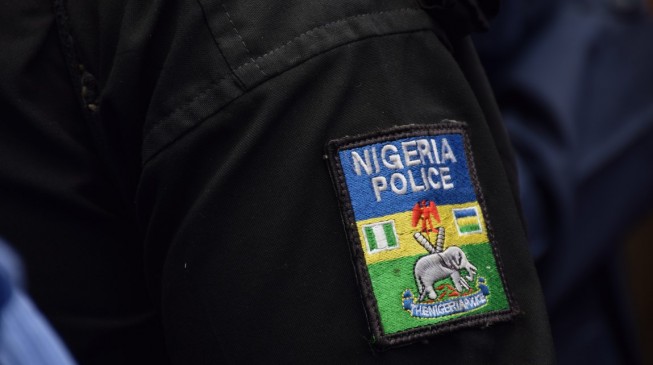 19:27 2017
Print This Article Share it With Friends
👤by News Agency  0 Comments
Advertisement

The police say it has taken into custody four policemen for allegedly extorting N15,000 from a victim (name withheld) along Ogudu area of Lagos state.

The officers are Mathew Oladujoye and Oba Roland and two others whose names were withheld.

Shogunle said preliminary investigation showed that the policemen went beyond their mandate by going through the contents of the complainant’s cell phone.

“Bank statement of account confirms that the complainant following the orders of one of the officers transferred N15,000 into the account of a third party (name withheld),” he said.

He said the police officers involved had been removed from duty that involved any form of contact with members of the public pending the conclusion of a detailed investigation.

“All four policemen and bank statement of account have been handed over to the AIG Zone 2 today by PCRRU investigators for the required action,” he said.

He said the unit is open 24 hours a week to receive and resolve all complaints relating to issues of police misconduct from across the country.

According to NAN, 10 officers have been dismissed for corruption this year.

TWITTER @thecableng
Copyright 2020 TheCable. All rights reserved. This material, and other digital content on this website, may not be reproduced, published, broadcast, rewritten or redistributed in whole or in part without prior express written permission from TheCable.
Tags
extortionlagosPolice
Advertisement