Four reasons for optimism on economic inclusion in Nigeria 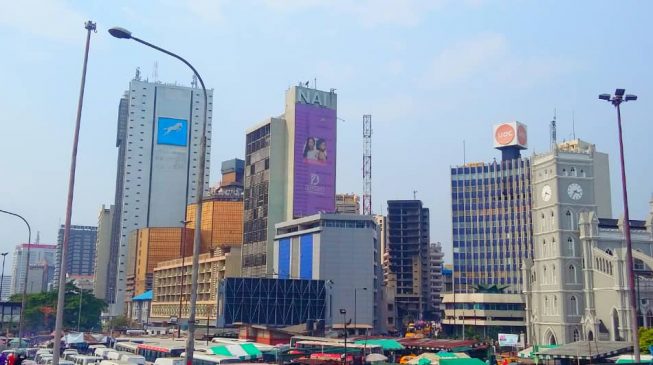 13:47 2019
Print This Article Share it With Friends
👤by Contributor  0 Comments
Advertisement

Viewed in isolation, statistics on the Nigerian economy paint a bleak picture. Having emerged from the 2017 recession, Nigeria is growing at an anemic 1.5 to 1.9 percent per year—against population growth of 2.6 percent. Nigeria is one of the few countries in the world where poverty has worsened—90 million of its citizens languish in absolute poverty.With the median age stuck at 17.9 years, some say a “youth bomb” has already detonated;certainly, youth unemployment is unacceptably high at 43 percent.And development indicators around health and education leave much to be desired: 30 percent of Nigerians are unable to read or write, according to the Minister of Education.

Yet we are optimistic. Why? Because we see Nigeria not in isolation, but in context. We recently sat down with Nigerian stakeholders to talk in depth about how to build a more inclusive economic system. Together, we sense a new version of capitalism emerging. Instead of equating business with extracting economic value, a new generation of entrepreneurs and policy makers is focused on creating value for Nigeria—by increasing access to vital services and jobs.

We find at least four reasons for optimism, if we take collective action now.

THE EXPLOSIVE POTENTIAL OF THE “YOUTH BOMB”

Aging societies in the West know that young people are the key to growth. Nigeria’s army of young job seekers could be readily transformed into an army of job creators, according to young entrepreneurs like Sam Immanuel, founder and CEO of Semicolon.Africa, a training ground for young “techpreneurs”in Lagos’ “Yabacon Valley.” Semicolon’s 12-month programs train promising young people not only how to code but how to solve some of Nigeria’s seemingly intractable problems and build sustainable business models around them. Job opportunities for this new generation are global in reach and potential scale.

The U.K. Department for International Development’sWomen for Health project in northern Nigeria has shown that even the most difficult-to-reach young women working in the most challenging conditions can leverage technology to make a difference. By enabling young women in primarily conservative Muslim communities to access digital health worker training, W4H is creating sustainable and culturally appropriate solutions to fill serious gaps in healthcare availability for women in the region.

The digital economy could revolutionize both service delivery and job creation, the two main pathways out of poverty.The GSMA indicates Nigeria has 97.5million unique mobile subscribers, meaning roughly half the population has a mobile subscription, and half of this group accessesthe mobile internet, making mobile the main driver of internet access. More than half of GSMA’s projected growth in new mobile subscribers in West Africa by 2025 will come from Nigeria. While access remains highly uneven—rural Nigerians tend to be excluded—the growth trend is clear. At the same time, fixed broadband access, while limited by State and local right-of-way regulations,is 22 percent (compared to a 30 percent target for 2018) but on the rise, and Federal and State governments increasingly understand that expanding access is the only way to go.

In terms of job creation, the tech conglomerate, incubator, and investor Lofty Group has demonstrated that tech startups can grow into major job creators. Companies such as Andela, Flutterwave, and Paystack have attracted heavy hitters in the investment world and created thousands of jobs. While some observers suggest fintech and payments services receive too much attention, overall this ecosystem shows that tech innovation is alive and well in Nigeria. Imagine putting that energy to work, at scale, for healthtech, edtech, energytech, govtech,or any other tech you can think of.

Without a verifiable, credible identity, it’s difficult to participate in the formal economy. While some Nigerians lackany form of formal identity, many can avail themselves of a wide range of identifications. However, none of them is standard nor ubiquitous, and the National Identity Management Commissionis working to harmonize these various forms. Shifting from a card-based approach to a universal digital ID holds enormous promise for growth. A recent report on digital ID from McKinsey estimates that over the next decade, Nigeria could unlock value equivalent to 5 to 7 percent of 2030 GDP by ensuring ubiquitous digital identity, most of that value accruing to consumers, microenterprises, taxpayers, and beneficiaries of public initiatives.

The commission strives to enroll 5 million people in digital ID per month, up from around 500,000 historically, to reach universal identity within three years. Some 35 million numbers have been distributed so far. While these targets sound daunting, there is precedent. In India, under the Aadhaar scheme, the government distributed biometric identification numbers to 1.2 billion citizens in less than seven years. The Aadhaar number is now vital for Indians to access bank accounts, subscribe to mobile services, pay taxes, and receive government payments, among other things.

Past policy choices have frozen most Nigerians out of the mobile money market, with major ramifications for economic inclusion. For example, only around 6 percent of the adult population are active mobile money users, compared to 73 percent in Kenya. A decade ago, Nigerian authorities determined to limit mobile money operations to banks, as opposed to the telco-led models in East Africa. Given the low levels of formal financial inclusion, this decision inhibited the growth of mobile money. However, the Central Bank’s new digital financial services policy of 2018 may remove those brakes, allowing mobile network operators to enter the fray more directly.

The Federal government, through the National Information Technology Development Agency and other stakeholders, seems to be taking digital and economic inclusion seriously. The benefits of digital inclusion—job creation, GDP growth, new industries, business innovation, workforce transformation—have captured the attention of policy makers. At the State level, theNigerian Governors’ Forum has put the digital economy on the policy agenda. From ICT regulation to cyber security to digital jobs to increased local content, the question now is how to act on it.

More broadly, our discussions exemplified the fact that economic inclusion in the digital age has struck a chord with Nigerians across the spectrum, not just with Federal and State government but also with the private sector, civil society, development partners, and the media. One thing is certain: no single entity can solve this problem on its own. Collaboration—often among uneasy bedfellows—is critical, and that collaboration will have to be more committed, more energetic, and more tangible than ever for Nigeria to achieve a truly inclusive economic system in our lifetime.

Abah is DAI country director for Nigeria and former director-general of the Bureau of Public Service Reforms in the presidency, Nigeria.

Bourns is DAI vice-president, global operations and adjunct professor at the Tecnologico de Monterrey in Mexico

Helms is DAI vice-president, technical services and a founding management team member of CGAP, the global center of excellence for financial inclusion

TWITTER @thecableng
Copyright 2020 TheCable. All rights reserved. This material, and other digital content on this website, may not be reproduced, published, broadcast, rewritten or redistributed in whole or in part without prior express written permission from TheCable.
Tags
Economynigerianigerian economy
Advertisement