Garba Shehu accuses Amnesty of damaging morale of the military 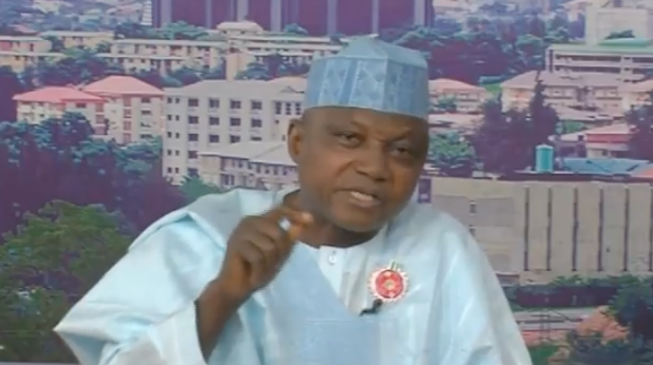 21:59 2018
Print This Article Share it With Friends
👤by Chinedu Asadu  0 Comments
Advertisement

Garba Shehu, presidential spokesman, has accused Amnesty International (AI) of damaging the morale of the Nigerian military with its “bias” report on the farmers-herders conflict.

On Monday, the international watchdog released a report on the incessant attacks involving herdsmen and farmers in the country, saying close to 4,000 lives have been lost in the attack since 2016.

It also accused government and the military of not doing enough to stop the killings.

But reacting via a statement, Shehu said the report did not reflect the true state of things.

“While President Buhari cherishes and encourages the noble ideals on which institutions like Amnesty International are founded, the organisation’s operations in Nigeria seem geared towards damaging the morale of the Nigerian military,” the statement read.

“It often appears as if the Nigerian government is fighting two wars on terror; against Boko Haram and against Amnesty International.

“The obvious bias and inaccuracies in Amnesty International’s recent country report on Nigeria risk Amnesty’s reputation as an impartial organisation.”

He further urged the leadership of AI to “scrutinise its advocacy” in Nigeria, “especially as it relates to the war against terrorism’’.

The Nigerian army had rejected the report and threatened to lose AI’s offices in Nigeria.

TWITTER @thecableng
Copyright 2020 TheCable. All rights reserved. This material, and other digital content on this website, may not be reproduced, published, broadcast, rewritten or redistributed in whole or in part without prior express written permission from TheCable.
Tags
amnesty internationalFarmers-herders conflictpresidency
Advertisement