Garba Shehu: Miyetti Allah is like Ohanaeze and Afenifere 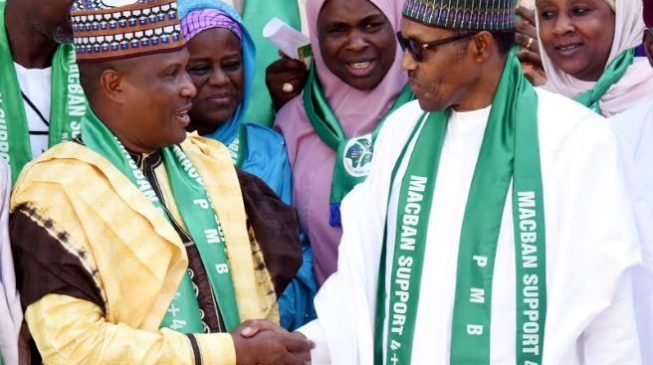 21:24 2019
Print This Article Share it With Friends
👤by Taiwo Adebulu  2 Comments
Advertisement

Garba Shehu, senior special assistant to President Muhammadu Buhari on media and publicity, says the Miyetti Allah Cattle Breeders Association of Nigeria (MACBAN) is a socio-cultural group and should not be criminalised.

Speaking at a programme on Channels Television on Tuesday, the presidential aide said the herders’ association is just like Afenifere and Ohanaeze Ndi Igbo groups.

Shehu urged Nigerians to stop politicising the government’s meeting with Miyetti Allah as all stakeholders in the country have certain roles to play to ensure peace and security prevail.

He maintained that there was nothing wrong in the meeting between Mohammed Adamu, inspector-general of police (IGP), and the herders’ leadership in curbing arms proliferation.

“It is a mistake to say the Nigerian government is talking to bandits,” Shehu said.

“The Miyetti Allah group is like Ohanaeze and Afenifere. It is a socio-cultural group. There are criminals within the Yoruba race and you cannot say because of that, Afenifere is a group of criminals.

“The Nigerian government is speaking with the leadership of the Fulani herders association, Miyetti Allah.”

The presidential aide, however, denied that the leadership of Miyetti Allah were offered N100 billion to help foster peace.

“That is 100 per cent untrue. I have confirmed that in all the meetings held, money was never discussed,” Garba stated.

“All of the issues were about the involvement of the leadership of Miyetti Allah and getting them to prevail upon its members and they are many. We asked them to assist the administration to recover weapons which were owned by a lot of these elements.

“It is a win-win situation for all because the cattle breeders also have their issues which they brought to the government; and the more discussions take place, the more interesting it becomes.”

TWITTER @thecableng
Copyright 2020 TheCable. All rights reserved. This material, and other digital content on this website, may not be reproduced, published, broadcast, rewritten or redistributed in whole or in part without prior express written permission from TheCable.
Tags
AfenifereGarba ShehuMiyetti AllahOhanaeze Ndigbo
Advertisement