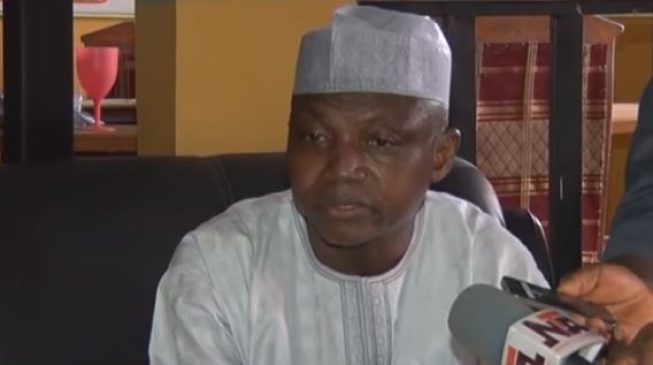 17:14 2019
Print This Article Share it With Friends
👤by Dyepkazah Shibayan  0 Comments
Advertisement

Garba Shehu, senior special assistant to President Muhammadu Buhari on media, says delay in the passage of the 2018 budget by the national assembly should feature in the Guinness Book of Records.

Shehu made the comment when he appeared on Sunrise Daily, a Channels Television programme, on Monday.

He had been asked to react to reports that the 2018 budget was passed late because some ministers did not defend their budgets before the lawmakers.

In response, the president’s aide said the lawmakers should have summoned the ministers if that was the case.

“The delay which was experienced in 2018 in which the national assembly held unto the budget for seven months is good enough for the Guinness Book of Records and the president lamented this,” he said.

“Let me say that the President is very methodical in dealing with matters such as this. A president could sit in that powerful office and act like he knows it all and I think in this country, we have had such presidents but President Buhari is different because whenever bills come for signature, he will ask that a long list of stakeholders be drawn up. For example, the minimum wage bill he which signed.

“Prior to that, labour groups had been demanding that he sign immediately but he refused and identified all stakeholders, ministers and even the judiciary were made to sign off on it and when this process is on, it takes a lot of time.

“However, the point is that at the end of it, a thorough job is done so that the President does not sign stupid documents and that is important for this country.”

TWITTER @thecableng
Copyright 2020 TheCable. All rights reserved. This material, and other digital content on this website, may not be reproduced, published, broadcast, rewritten or redistributed in whole or in part without prior express written permission from TheCable.
Tags
2018 budgetGarba Shehunational assembly
Advertisement