Gbaja not convicted of any crime, says campaign spokesman 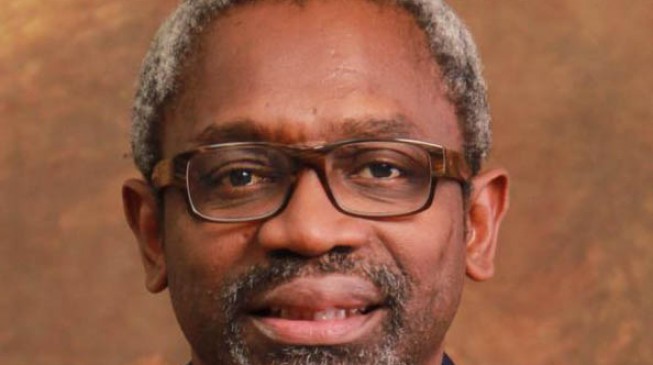 15:48 2019
Print This Article Share it With Friends
👤by Chinedu Asadu  0 Comments
Advertisement

Femi Gbajabiamila, majority leader of the house of representatives, was never convicted of any crime in the US, his campaign organisation has said.

A court in the federal capital territory (FCT) had asked Gbajabiamila to appear before it on Monday, the eve of the speakership contest, over a suit filed by Action Peoples Party (APP).

The party had asked the court to disqualify Gbajabiamila from the race on the grounds that he was convicted in a $25,000 fraud case.

But addressing a press conference in Abuja on Wednesday, the campaign organisation led by Abdulmumin Jibrin, a lawmaker from Kano, said the speakership aspirant has also not been accused of any corruption in any country.

Jibrin described as “outright lies” claims that Gbajabiamila was once convicted in Georgia, US.

According to the lawmaker, the accusations were meant to distract Gbajabiamila from the race to become speaker of the house of representatives.

“Femi Gbajabiamila has never been convicted for any crime in the US, Nigeria or anywhere,” he said.

“He has never been accused of corruption and has no corruption case. He never committed perjury in Nigeria or any country of the world.

“He has provided clarifications and set records straight. The allegations have been tested and struck out in court. It has been stated that he is a full member of the Bar of Georgia.”

Jibrin also displayed what he said was a letter confirming Gbajabiamila’s membership of the Bar of Georgia as well as the copy of the Nigerian court judgement striking out the case.

“We further wish to state that Femi has not been served any court summons or notified by the clerk of the national assembly. The judiciary must not allow itself to be mixed in this … campaign of calumny,” he said.

The lawmaker added that the campaign organisation has so far secured the support of 60 members of lawmakers who are not in the All Progressives Congress (APC).

He said members of other opposition parties, including the Peoples Democratic Party (PDP), have also pledged their support for the APC consensus candidate.

He said: “Hon. Femi Gbajabiamila and Hon. Ahmed Wase will be on the floor of the house to be elected speaker and deputy speaker respectively.

“We wish to reiterate that Hon. Femi will run an all inclusive house. So far, we have secured the endorsement of parts of the PDP caucus and other opposition parties consisting of about 60 members.

“Hon. Femi has had a distinguished career both in the parliament and beyond. He is a loyal Nigerian and party man. He is honest, hardworking, team player and humble.

“He has worked tirelessly to support his friends but some of them including me let him down in 2015. I have since repented and I am also calling on all others to repent as well.”

TWITTER @thecableng
Copyright 2019 TheCable. All rights reserved. This material, and other digital content on this website, may not be reproduced, published, broadcast, rewritten or redistributed in whole or in part without prior express written permission from TheCable.
Tags
Abdulmumin JibrinAPChouse of reps
Advertisement