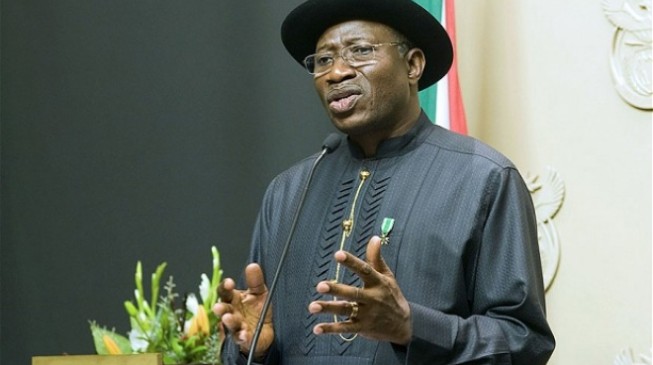 22:52 2016
Print This Article Share it With Friends
👤by Mayowa Tijani  0 Comments
Advertisement

In a speech titled: ‘Why Should Finance Ministers Care About Gender Equality?‘ addressing finance ministers across the world, Okonjo-Iweala said a special entrepreneurship programme for women in Nigeria, succeeded in creating 10,000 jobs for the nation.

I am delighted to see so many ministers and officials around the table. How over the last two years did this come about, you many wonder.

The idea first came to me in 2013, when I became Nigeria’s minister of finance for a second time. I had grown tired, quite candidly, of the phrase “gender mainstreaming.”

It wasn’t getting us anywhere fast enough. Yet here I was, minister of finance, with so many tools at my disposal—what excuse could I give for not moving forward on this? So I sat down with my team and asked, ‘What can we do? What incentives can we offer through the budget—that’s the big tool we have—that would really empower women and move us toward gender equality?’ It took us some time, but we realised we had this powerful instrument and we needed to use it.

The president was supportive. We came up with the idea to work with the World Bank Group and the UK aid agency, DFID. And we designed a system whereby, through the budget, if a ministry delivered certain additional results for girls and women—over and above its targets—it would receive additional budget as an incentive.

We offered this to the cabinet on a voluntary basis and five ministries initially signed up: agriculture, health, water, communication technology, and public works. The ministry of women’s affairs agreed to monitor and evaluate progress, and our colleagues, partners, and the donor community agreed to support our initiative.

We kicked off with a small amount, US$21 million dollars, to see if this would work. When the president announced it in parliament, he was booed by male parliamentarians and cheered by female MPs, but it passed. It stayed in the budget and achieved excellent results:

Our ministry of agriculture was eager to boost productivity from a very low level, subsistence, to a high level. And if 70 percent of your workforce is in agriculture, and most of them are women, then women surely need access to the right inputs.

Very quickly, the minister of agriculture, who is now President of the African Development Bank, designed a system of electronic wallets—getting the middleman out of the graft-prone distribution of inputs such as fertilizer and pesticides. We said, ‘If you get an additional number of women to use these wallets, your ministry will get additional budget.’

The results were spectacular: 2.5 million women began using electronic wallets, far more than anticipated. Our health ministry was concerned about vesico-vaginal fistula, a debilitating and degrading condition we weren’t able to address quickly or widely enough.

Our initiative prompted an additional 3,000 surgeries to repair it. Our ministry of water resources developed a system for women to manage health and sanitation centers in their communities, which just won a prize in the 2016 World Water Exhibition. Our ministry of Public Works began to train women as subcontractors in procurement. This was critical and absolutely unprecedented.

Those are just a few examples of how we were able to leverage the budget to advance gender equality. If you incentivie fellow ministers, they will deliver. This will empower more women and get more resources into their hands.

Secondly, we developed a program for women entrepreneurs. A World Bank team supported us, and again we achieved spectacular results. We used a portion of the budget to incentivize young entrepreneurs, 40 and younger, who would register their businesses, get peer learning and mentoring, and a grant if they won a business planning competition.

In the first round, only 17 percent of the applicants were women. But more than 50 percent of small and medium-sized firms in Nigeria are run by women. So we held a second round just for women, setting aside about US$8 million dollars. About 64,000 thousand people applied. We ultimately selected 1,200 women to receive grants of US$10,000 to US$90,000—and they created about 10,000 new jobs.

These programs are helping women and men at the grassroots. They’re targeting our poorest and most vulnerable people. Our results in Nigeria should remind everyone what a vital role Finance Ministers can play to level the playing field and create truly equal opportunity for all.

TWITTER @thecableng
Copyright 2020 TheCable. All rights reserved. This material, and other digital content on this website, may not be reproduced, published, broadcast, rewritten or redistributed in whole or in part without prior express written permission from TheCable.
Tags
Goodluck Jonathanngozi okonjo-iweala
Advertisement