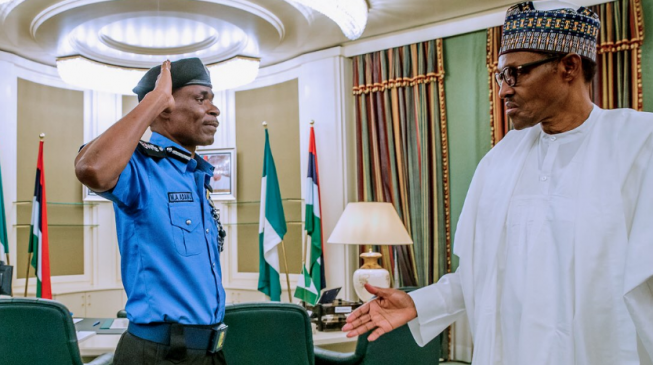 15:48 2019
Print This Article Share it With Friends
👤by Femi Owolabi  0 Comments
Advertisement

Following the expiration of Ibrahim Idris’ tenure, President Muhammadu Buhari named Mohammed Adamu, acting inspector-general of police on Tuesday. The acting IGP took over the force at a critical period – four weeks to the presidential election.

Opposition parties had mounted pressure on the government to allow Idris retire after clocking the mandatory 35 years in service. The Peoples Democratic Party (PDP) had said Idris was conspiring with the All progressives Congress (APC) to manipulate the elections, an allegation the ex-IGP denied.

In his first interaction with reporters after his appointment, Adamu, who hails from Nasarawa state, pledged to give level playing field to politicians during the elections.

Here are five things to know about Adamu: 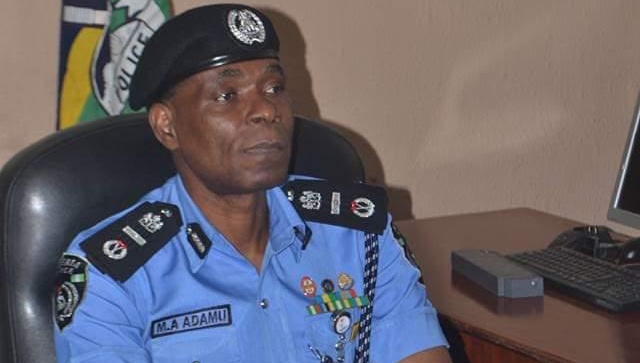 Between 1983 and 1984, Mohammed, on the mandatory National Youth Service Corps (NYSC) service year, taught geography at the Government Teachers College in Wamba, then Plateau state. And from 1984 to 1986, he was made geography tutor and subsequently promoted to vice-principal at Government Day Secondary School, Gunduma, Keffi in then Plateau state.

Born in 1961, Mohammed has spent at least 33 years in the service of the Nigeria police force. He joined as a cadet assistant superintendent of police (ASP) in 1986, and he trained at the Police College, Ikeja, Lagos state. Steadily rising through the ranks, Mohammed, from 1997 to 2002, worked as specialised officer at the headquarters of the international criminal police organization (INTERPOL) in Lyon, France.

In 2005, he was an assistant director at INTERPOL. In 2007, he became a director. He was elected and served INTERPOL vice-president responsible for Africa from 2012-2014.

Until his appointment, Mohammed has been the AIG responsible for the management and operations of the police in zone 5 comprising Bayelsa, Delta and Edo states. He has held this position since 2016.

HOLDS A MASTER’S DEGREE FROM PORTSMOUTH

Graduating with a bachelor degree in Geography from the Ahmadu Bello University (ABU), Zaria in 1983, Mohammed returned to school about two decades later for a master’s degree in international criminal justice systems at the University of Portsmouth in the UK.

In 2018, he was also awarded a honourary doctorate degree in international relations from Godfrey Okoye University in Enugu state where he had served as police commissioner.

TWITTER @thecableng
Copyright 2020 TheCable. All rights reserved. This material, and other digital content on this website, may not be reproduced, published, broadcast, rewritten or redistributed in whole or in part without prior express written permission from TheCable.
Tags
Adamu MohammedInspector-General of PoliceNigeria Police Force
Advertisement