Governors and the retirement thieving template 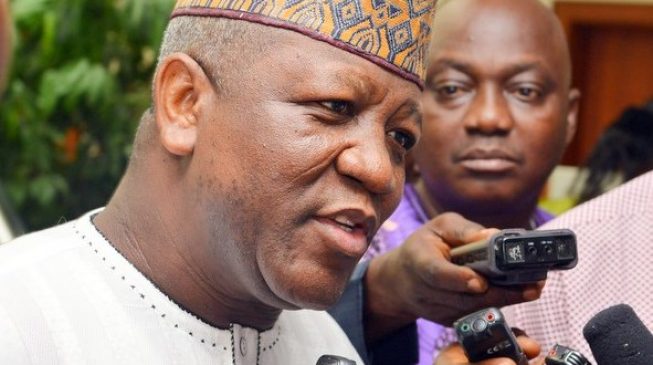 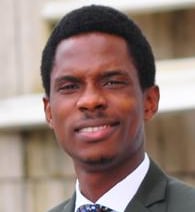 Let me start by saying that the governors who signed the outrageous pension laws before the expiration of their tenures represent the most irresponsible, callous and shameless scams in Nigeria as we know it and a complete disgrace to service. What we have is a situation of a most repugnant nature where politics is now the job that some Nigerians aspire to retire in.

Most of what we know about the ‘top-flight’ politicians is that they were ‘former-this-former-that’. The popular progression is the move from being Commissioners by appointment or members of the National Assembly by election to being Governors. The outliers in this category are the ones that become Governors in their first elective political position. The assumption of office as governors marks the beginning of their reigns as gods in the political arena. That office of ‘His Excellency, the Governor’ guarantees a veritable pedestal to reaching for bigger heights in the political arena if the ‘cards’ are played well. The end goal is not altruism but political advancement.

For one, he becomes a ‘godfather’ with the vision to foresee and the oil to anoint the next person to occupy the seat. He also gets the opportunity to decide if he wants to put himself up for elections into the Senate or become a Minister in the Federal cabinet or get some other ‘juicy’ position. Ours is an unfortunate case where the ‘juicer’ the position, the more money there is to throw around. The pronoun ‘he’ has largely been used because ours is not a society where women of competence and character can stand the ‘dirtiness’ the men bring to the art of ‘serving’ the people.

The Governors also get to determine how their ‘post-His Excellency’ life would be. A perfect arrangement is worked to fix the gratuity and pension due to them, furniture allowances, the places houses should be built for them, the number of vehicles and the interval at which they should be changed. This arrangement is largely what we have seen with the retirement benefits due to governors and their deputies, speakers and the deputies in most states of the federation. Lagos, Oyo, Osun, Ondo (South West), Bayelsa, Delta, Edo, Akwa Ibom (South-South), Kogi, Kwara, Niger (North Central), Zamfara, Katsina, Kano (North West), Bauchi, Gombe, Yobe, Borno (North East), Ebonyi, Imo and Abia,(South East) are the states currently on the ‘honour roll’ for setting a retirement package for their governors.

A review of the content of these retirement benefits would make one think for a second how a state house of assembly, supposedly made of people representing their people, or better put misrepresenting the people actually signed these benefits into law. How could a state where pensioners and current civil servants are owed benefits in excess of months have agreed to such pampering of an ex-governor? How could a state with a governor who left the state in massive debt and the lots of the people worsened be proud to perpetrate this inhumanity to its citizens?

The recent case with the immediate past governor of Zamfara writing the incumbent to demand his ‘rightful’ pay was an eye-opener. In principle, the governor is entitled to his pay since he was able to get his way with it when the Zamfara State House of Assembly at the time passed that into law. Getting the house to accede to that absurd bill further validates the oft-referenced gist that governors have their houses of assembly in their ‘pocket’. Having their way with the state assemblies is usually easier when they belong to the same political fold. In a swift reaction, the incumbent governor was able to ‘mobilize’ the members of the state assembly to repeal the callous provision. This development was the watershed in the ex-governors’ pension matter. The spotlight was then beamed to the other governors who are either members of the National Assembly, Ministers in the federal cabinet or occupying senior positions in the top echelons of government.

If the Zamfara’s case is absurd, one would have to find the word to describe what is obtainable in states like Akwa Ibom and Lagos. It is totally unbelievable. The logic is simple. After ‘serving’ the state for four or eight years, the state would in turn serve the governors and their families until they die. This is one of the reasons it is more of a do-or-die affair for most of the politicians who in most cases, have nothing progressive to offer. If the state houses of assemblies where this pension arrangement applies blindly passed this, it is very clear that the members were not thinking or at least thinking, but not in the interest of the people. While this was senselessly passed, it is obvious that the members of the state assemblies did not think about the sustainability of such an unjust provision.

By 2050, states might only be existing to service the allowances of their former governors, deputy governors, speakers and deputy speakers. By that time, on the average, most of the states would have had about eight single-term governors, or four two-term governors. This is the likely scenario if the current political calendar still applies. What this unfortunate situation also exposes is the uncanny copy-cat behaviour of the governors. It would appear they are in some kind of competition for relevance and vainglory. These are people who are supposed to pre-occupied with the job of advancing the lots of the masses of people in their states. Hardly do they ever compare notes in developmental strides. The ones that manage to stand out can be counted on one hand and kudos must be given to them.

Nigerians, and particularly the youth must be awake and resist what is shaping as theft. It is a thieving template adopted by these politicians who have no jobs to return to or businesses to run when they leave office. So, what do they do? They take it upon themselves to ‘secure the bag’ with the cooperation of those who are supposed to be ‘representatives’ of the people. These governors and their likes form a clog in the wheel of improving the welfare of the common man. While some misguided and uninformed Nigerians blindly follow these politicians for scraps from the table, the truth still remains: our nation will not progress with this mindset. Politicians will come and go but our country will remain. We must not stop speaking against this wickedness because “they don’t really care about us”.

TWITTER @thecableng
Copyright 2019 TheCable. All rights reserved. This material, and other digital content on this website, may not be reproduced, published, broadcast, rewritten or redistributed in whole or in part without prior express written permission from TheCable.
Tags
governors
Advertisement

Governors and the retirement thieving template

The politics of border closure