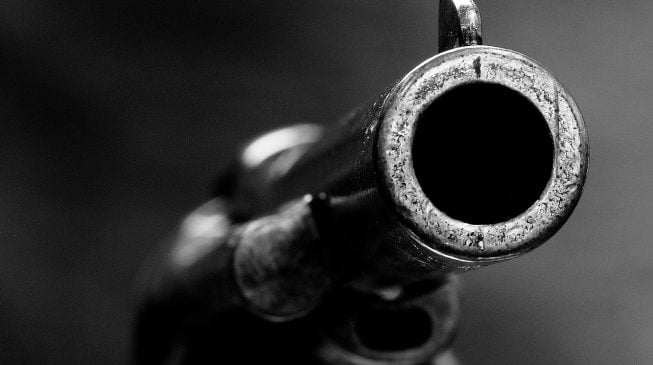 14:20 2019
Print This Article Share it With Friends
👤by Bolanle Olabimtan  0 Comments
Advertisement

Gunmen suspected to be kidnappers, on Friday, attacked some officers of the Federal Road Safety Corps (FRSC), killing one, and leaving other critically wounded.

In a statement issued on Saturday, Bisi Kazeem, spokesman of the corps, said the two officers who were on their way to Lagos on an official assignment were ambushed by the gunmen about 1:50pm.

”Two personnel who were travelling in a Toyota Hilux pick-up van with registration number; PILOT 01A were ambushed by the gunmen after Zariagi on Lokoja – Okene road precisely at  Oshawa, a town close to Lokoja, the Kogi State capital,” he said.

Kazeem said the gunmen opened fire on sighting the marked vehicle and shot the driver in the head, killing him instantly.

“The vehicle subsequently lost control and veered off the road.  It took hours before the rescue team could locate the vehicle in the bush and evacuate the victims,” he said.

He said Boboye Oyeyemi, the corps marshal, expressed his sympathy to the family of the bereaved, the entire management and staff of the corps, and the country for the death of the officer who lost his life in active service.

The attack on the officers happened 20 minutes after gunmen opened fire on a bus conveying the players and crew of FC Ifeanyi Ubah from Anambra to Kano for a match against Jigawa Golden Stars.

The onslaught on the team bus happened at 1:30pm at Kabba junction, near Lokoja.

TWITTER @thecableng
Copyright 2020 TheCable. All rights reserved. This material, and other digital content on this website, may not be reproduced, published, broadcast, rewritten or redistributed in whole or in part without prior express written permission from TheCable.
Tags
Abuja LokojaFRSC
Advertisement