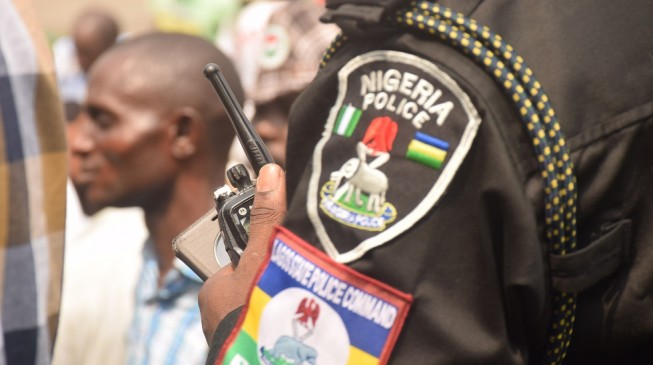 21:38 2017
Print This Article Share it With Friends
👤by News Agency  0 Comments
Advertisement

The  attackers abducted four staff of two telecommunication companies during the attack.

Olarinde Famous-Cole, police public relations officer in the command, who confirmed the incident, said the police officers killed, were taken by surprise.

He said the command was after the suspected gunmen, adding that measures would be taken to ensure the release of those held captive

The gunmen had reportedly stormed the place from Ode-Omi creek, a border town between Lagos and Ogun States, to commit the crime.

A witness, Jude Ajagun, said those abducted were staff of TYDACOM Limited and Erickson Limited.

“We were working in a site being developed by one Onoside, who contracted us,” he said.

“While on duty, we started hearing sporadic gunshots and we scampered for safety; I hid beside some blocks, while I was watching the scene.

“I saw about six heavily armed men; three were wearing mask and they sighted three policemen attached to an estate developer and shot them dead.”

Two other civilians were also shot while four others were injured.

“The gunmen thereafter, abducted four staff of Telecom companies and marched them towards Ode-Omi,” AJagun said.
A staff of Ericson, who spoke on condition of anonymity, said they had been keeping vigil since Wednesday.

He said as of Thursday, the gunmen were yet to establish contact with the company.

“We are expecting a call from them to know what they want as ransom, but they have not established contact with us.

“We are appealing to the kidnappers to tamper justice with mercy as those abducted are innocent.

“They should treat them with human face in the spirit of Easter.”

TWITTER @thecableng
Copyright 2020 TheCable. All rights reserved. This material, and other digital content on this website, may not be reproduced, published, broadcast, rewritten or redistributed in whole or in part without prior express written permission from TheCable.
Tags
lagosLekkiPolice
Advertisement