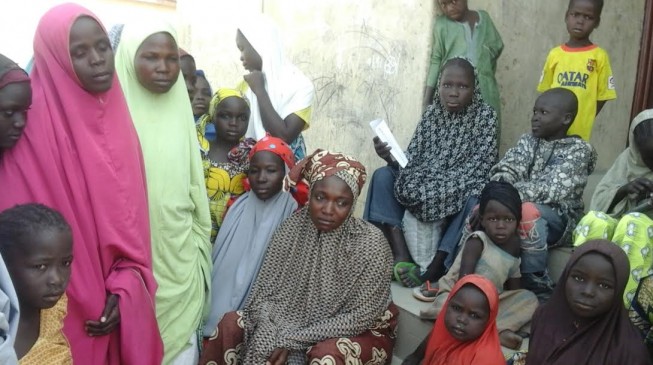 15:08 2017
Print This Article Share it With Friends
👤by Ogechi Ekeanyanwu  0 Comments
Advertisement

Some internally displaced persons (IDPs) in Borno state got evicted from their homes over their inability to meet up with rents of N,1000.

The displaced persons had no where to go after their landlords ejected them, but the Presidential Committee on North-East Initiatives (PCNI) and Victim Support Fund (VSF) came to their rescue.

They were relocated to Shuwari Medinatu resettlement camp in old Maiduguri, capital of the state.

Hauwa Biu, a member of the presidential committee, said the panel had to intervene immediately.

“We had to intervene immediately they had nowhere to go. The IDPs are now taking refuge at the Shuwari corn stalk camp with no toilets and water supply,” Biu said.

The IDPs were residing at Konduga, Alau, Bama and Damakulli communities before Boko Haram insurgents took hold of these communities and rendered them homeless.

The insurgency in the north-east has rendered many homeless. Kashim Shettima, governor of Borno state, put the figure of those displaced by the Boko Haram crisis at two million.

TWITTER @thecableng
Copyright 2020 TheCable. All rights reserved. This material, and other digital content on this website, may not be reproduced, published, broadcast, rewritten or redistributed in whole or in part without prior express written permission from TheCable.
Tags
bornoIDPsmaiduguri
Advertisement