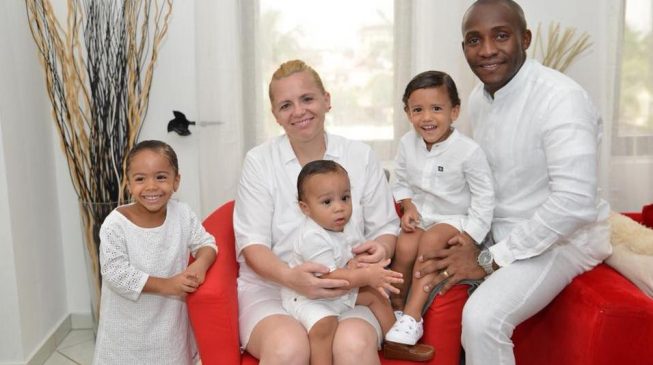 17:00 2019
Print This Article Share it With Friends
👤by TheCable  0 Comments
Advertisement

Gildas Tohouo, managing director of Maersk Line, was attacked at his residence in the Ikoyi area of Lagos on Sunday night.

A source told TheCable that some of the domestic workers of Tohouo planned the attack in which the wife of the CEO was killed.

Both Tohouo and his wife are foreigners living in Nigeria. While the man is from Cameroon, the late wife was from Bulgaria.

The source said during the operation, the husband and wife were locked in different rooms. The late woman was said to have been forced to transfer some money to her attackers after which she was forced to drink acid and suffocated with pillow.

Those who carried out the attack reportedly gained access to the house through an electrician who is currently in police custody.

Tohouo was said to have placed a call through to the chief security officer of the company who led policemen to the scene before the suspects escaped.

The electrician and his friend who attacked the couple were immediately arrested, according to the source.

Bala Elkana, police public relations officer in Lagos, confirmed the incident to TheCable but said he did not want to comment on the identity of the victims.

“We have an incident on someone who was attacked with his wife. Both of them were stabbed. The wife died and he is still alive and responding to treatment. Those who carried it out are in our custody. One of them is an electrician in the estate, who was assisted by his friend. Their aim was to steal from the man. They were there to rob,” Elkana told TheCable.