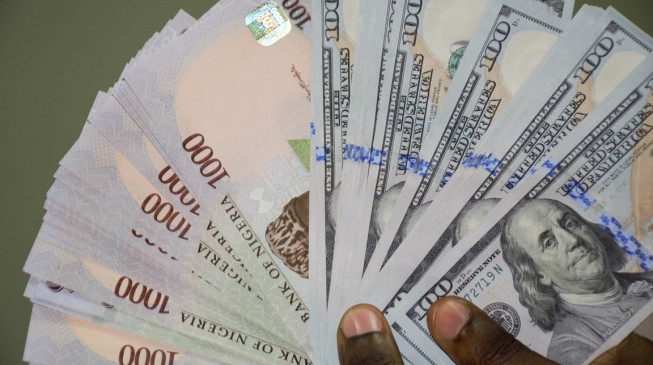 21:12 2018
Print This Article Share it With Friends
👤by Oluseyi Awojulugbe  0 Comments
Advertisement

The Central Bank of Nigeria (CBN) has approved that Bureaux de Change operators and commercial banks should get foreign exchange at the same rate.

Isaac Okorafor, CBN acting director, corporate communications, made this known in a statement released on Monday.

This means that banks and BDCs alike will buy the United States dollar at N357 per dollar to sell N360. He said this would provide a positive margin of N3 per dollar sold to BDC operators by the apex bank.

For banks, this is the rate at which it buys forex for PTA and BTA transactions; different from the interbank rate.

Okorafor said the decision was aimed at giving BDCs a level playing field to enable them to compete favourably with other authorised foreign exchange dealers.

He urged BDC operators to abide by the new guidelines and not seek to exploit eager customers by selling above the N360 band.

He warned that erring BDCs would be sanctioned in any case of infraction established against them.

The CBN recently announced a review of its forex policy saying it is now mandatory for BDCs to buy foreign exchange three times a week.

Commenting on the directive, Aminu Gwadabe, Association of Bureaux de Change Operators of Nigeria (ABCON) president, said the directive is not acceptable.

Gwadabe had urged the apex bank to review the rates at which dollar is sold to BDCs to allow them to compete favourably.

TWITTER @thecableng
Copyright 2019 TheCable. All rights reserved. This material, and other digital content on this website, may not be reproduced, published, broadcast, rewritten or redistributed in whole or in part without prior express written permission from TheCable.
Tags
Bureaux de Change operatorscentral bank of nigeriadollarIsaac Okorafor
Advertisement

Fashola: Our roads are not as bad as they are portrayed