HURRAY! Lagos backs down on law to criminalise fetching water 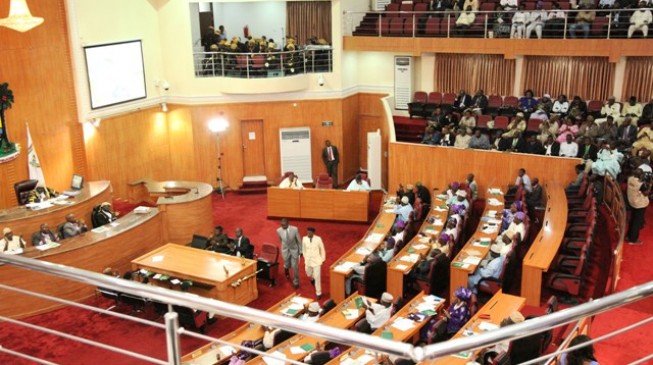 20:39 2017
Print This Article Share it With Friends
👤by Ogechi Ekeanyanwu  0 Comments
Advertisement

Akinwunmi Ambode, governor of Lagos state, and the state assembly have backed down on the law to criminalise fetching water from natural sources in Lagos state.

Earlier, Lagos state house of assembly passed the Lagos Environment Bill with specific provisions to criminalise the abstraction of water from natural sources if conducted without the approval from the authorities.

The UN, and the Environmental Rights Action/Friends of the Earth Nigeria (ERA/FoEN) raised concerns, saying “no one should be criminalized or fined for fetching water from lakes, rivers, or any other natural sources”.

Sequel to this, the governor, over the weekend sought the removal of portions of the law criminalising water abstraction from natural sources.

ERA/FoEN has hailed the decision of the Lagos state government to discard what it described as the “anti-people” sections of the new environment law.

In a statement issued by ERA/FoEN on Monday, the organisation said it received the signed law during the weekend and the controversial sections of the law had been removed.

“We are so impressed that the Lagos government allowed the voice of the people to prevail in its decision to finally expunge sections of the new Environment Law that are clearly anti-people and may have been sneaked into the document by proponents of Public Private Partnership (PPP) model for the water sector,” Akinbode Oluwafemi, ERA/FoEN deputy executive director, said.

“Those provocative sections make the Lagos citizen a victim of the failure of successive administrations to invest sustainably in the water sector. By the sheer act of discarding them, the Governor Ambode administration has demonstrating that it is a listening one and we commend this”.

Oluwafemi said local and international civil society and grassroots groups have already proffered a solution to the water situation in Lagos in a document titled Lagos Water Crisis: Alternative Roadmap for Water Sector, which has been made available to relevant government agencies and the office of the governor.

“With the removal of anti-people provisions in the Environment law it is still not yet uhuru. We still restate our opposition to PPP in the water sector which the state is still pressing ahead with. We are determined to challenge this false solution through lawful means including public demonstrations in the days ahead,” Oluwafemi said.

ERA/FoEN and a few other civil society organizations had criticized a draft of the law that was made public at a hearing organised by house committee on environment on February 9, 2017.

The civil societies had said the draft law “gave too much powers to the Lagos commissioner for environment, criminalization of the sinking of boreholes, imposition of fines of N100,000 on defaulters and prison terms for anyone in Lagos that sells or transports water, among others”.

The CSOs had also faulted what they described as “the near total lack of consultation of a broad spectrum of stakeholders and Lagos citizens before the Public Hearing and the hasty passage of the bill by the Lagos House of Assembly on February 20,” and accused the government of making the law inaccessible.

In response, the Lagos state government, in a press release, said the environmental law was in the best interest of Nigerians saying it is in line with the reforms in the environment sector “to ensure cleaner environment and public health safety in the state”.

TWITTER @thecableng
Copyright 2020 TheCable. All rights reserved. This material, and other digital content on this website, may not be reproduced, published, broadcast, rewritten or redistributed in whole or in part without prior express written permission from TheCable.
Tags
AmbodelagosWater
Advertisement