I don’t know what the future holds, says Salisu Yusuf 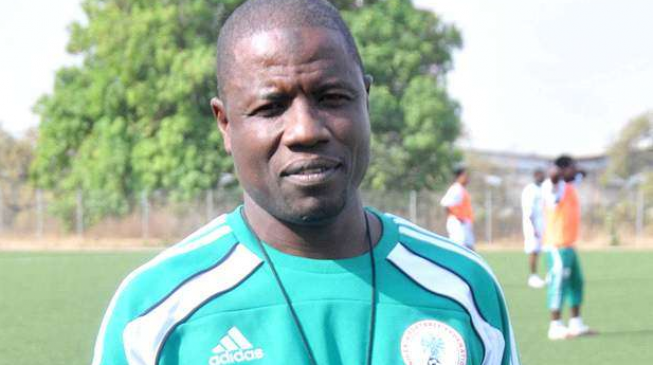 13:50 2016
Print This Article Share it With Friends
👤by Remi Sulola  0 Comments
Advertisement

Salisu Yusuf, coach of the Super Eagles, says he doesn’t know what the future holds even though he is only occupying his position in interim capacity.

Yusuf, who was assistant coach to Sunday Oliseh, named only one home-based player – Ikechukwu Ezenwa of Sunshine Stars – among the 26 Super Eagles to prosecute the Mali and Luxembourg friendlies, leading to speculations that he is averse to working with home-based players.

But he said he invited 25 foreign-based players because he wanted to give some unknown players a chance to assess their suitability to the team.

Asked if he was bothered about being an “Interim” coach, Yusuf told TheCable: “I am not bothered because I have a contract with the NFF – three-year contract. I just believe it is the continuation of my contract.

“I have served a year already. We don’t know what the future will hold; just do the best as best as you can and let the future determine that.”

He stated that he would be meeting with Shaibu Amodu, technical director of the Nigerian Football Federation (NFF), to chart a new course for the team and make plans going forward.

“We are getting prepared, we already called the players for the games and hope to resume. We will be having a meeting with the technical director, Shaibu Amodu, today to know when the camp will be starting,” he said.

“I am a home-based coach and I know most of the players very well,” he said.

“It is because I don’t have the thorough knowledge of the foreign-based players and I am coming in as the interim head coach for the first time, so I need to know.”

Yusuf then gave specific examples of some of the foreign-based professionals he said the team needs, moving forward.

“Chidozie Awaziem is playing for Porto FC, he even played in the champions league; he is Nigerian. And where he is playing is where we have a problem – the central defence – in most of our matches. So we need to give him the opportunity to play, and maybe he’ll be the right replacement for that position.

“Also, Gbenga Arokoyo is doing well. Nearly 90 percent of the team are very active. Now it will give us the opportunity to see who will be there as per the real team.”

He emphasised that he was not overlooking the home-based professionals, as he still harbours plans for them.

“So, we will now see how we will be able to marry the two together. I know most of the home-based players; although I have not been in the league in the last two seasons, my assistant coaches have been in the league, monitoring it,monitoring the players that are doing well currently.”

We shall meet in court, Falana tells DSS over refusal to release Sowore

Corruption has been driven under the table, says Lai

Come out of hiding if you are clean, ICPC dares Obono-Obla

Respond to customers complaints within 24 hrs or be punished, NCC tells telcos