Ighalo will be 2016 African footballer of year, says Pinnick 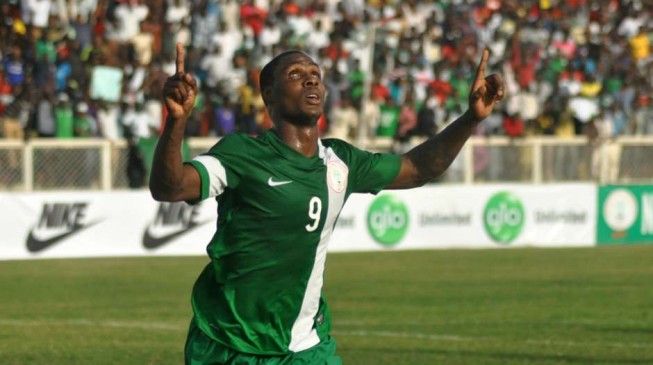 17:46 2016
Print This Article Share it With Friends
👤by Macaulay Maduwuba  0 Comments
Advertisement

Amaju Pinnick, president of the Nigeria Football Federation, is confident the country’s sensational striker, Odion Ighalo, will become the next winner of the African Footballer of the year award after Pierre-Emerick Aubameyang.

Ighalo was on firing ranks for premier league club, Watford, during the course of last year and emerged the highest goal scorer in the whole of England.

Clubs have been coming for his services for this feat, and he has had to deny a £12m Atletico Madrid interest move while Arsenal is reported to be making a move, too.

Pinnick expressed the belief that the 26-year-old could continue his form into the new season and go on to win Africa’s topmost prize in men football.

“In the next award, you will be seeing the likes of Ighalo,” Pinnick said.

“That one is certain. I can assure Nigerians that he will not just be nominated but win the award.”

Kanu Nwankwo is the last Nigerian to win the coveted award in 1999 and ever since then, the closest the country’s players have reached is 2nd place by Vincent Enyeama in the 2014 edition.

Pinnick dissolved worries that Nigerian football may not have the technical and supportive system for its players to win the award again, 17 years after.

He insisted that the game has developed in the last few months, and could only get better.

“Football is not just playing the game, other things are involved,” he said.

“If you look at our results in the last six months you will know it is not a fluke. You know that there is an input from somewhere, an intelligent study and the prozone software we acquired is working.

“A lot of things are happening off-the-field that is impacting on-the-field. I can assure that Nigerian football is going the right direction.”

TWITTER @thecableng
Copyright 2020 TheCable. All rights reserved. This material, and other digital content on this website, may not be reproduced, published, broadcast, rewritten or redistributed in whole or in part without prior express written permission from TheCable.
Tags
African footballer of the yearAmaju PinnickOdion Ighalo
Advertisement

FG budgets N4bn for Ajaokuta steel, another N310m for its concession