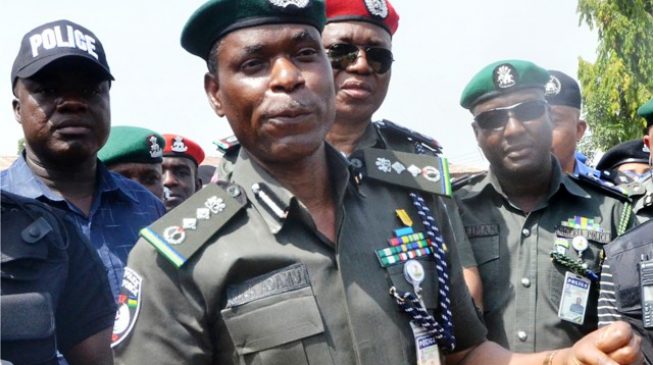 15:00 2019
Print This Article Share it With Friends
👤by Chinedu Asadu  0 Comments
Advertisement

The elections, conducted on November 16, were marred by cases of violence, thuggery, ballot box snatching and intimidation of voters and electoral officials.

At least four persons were reported dead in separate attacks in the two states.

But speaking at the meeting which was held at the INEC headquarters, Adamu, who was represented by Bashir Makama, an assistant inspector-general of police (AIG), said the polls were “relatively peaceful”.

He, however, admitted that there is a need to improve election security.

“In the whole, despite the related infractions or some sort of thuggery observed and other challenges that were faced, the election could be said to be relatively peaceful,” he said, adding that “there is still room for improvements.”

He said the police arrested at least 43 suspects in connection with violence and violation of electoral laws during the elections in the two states.

In his remarks, Mahmood Yakubu, INEC chairman, asked for proper identification of all police officers deployed in polling units “so that they will be held responsible for the conduct of elections in those locations”.

“The commission believes that the purpose of security deployment during elections is to protect the voters, election officials and materials, accredited observers, the media and to safeguard the integrity of the processes generally, including the polling units and collation centres,” he said.

“Therefore, the deployment of security personnel in all future elections should be tied to specific locations and activities.

“All security personnel deployed to polling units and collation centres should be identified by name as is the case with INEC officials.

“This will not only enhance transparency, but the commission and security agencies will know who to contact in specific locations during elections when the need arises.”

TWITTER @thecableng
Copyright 2020 TheCable. All rights reserved. This material, and other digital content on this website, may not be reproduced, published, broadcast, rewritten or redistributed in whole or in part without prior express written permission from TheCable.
Tags
Bayelsa gov pollKogi gov pollPolice
Advertisement