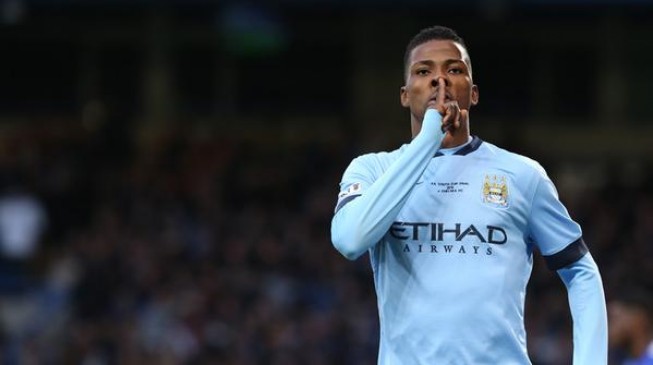 19:01 2016
Print This Article Share it With Friends
👤by Remi Sulola  0 Comments
Advertisement

Kelechi Iheanacho, Nigerian striker, continues to shine in the English Premier League, scoring a brace for his club side, Manchester City, but that was not enough to save his team.

Iheanacho is now dividing the City fans as most of them are rooting for him to start the Uefa Champions League game against Real Madrid.

Kelechi is without doubt the silver lining in the City team that is apparently struggling right now. The English Media in seem to tag along in singing his praise.

“How’s that for consolation?! Iheanacho takes a pass at the top of the area from Navas, looks up and places a brilliant finish over Forster and into the top corner! It’s a lovely goal, his second of the night, though it likely won’t count for much,” UK Mirror said of his second goal.

The website then went on to give its opinion on why Kelechi should be a regular starter in the Team:

“Kelechi Iheanacho has been the silver lining of an otherwise very dark cloud for City today. The striker, 19, has a brace and it’s testimony to his rapid development in the first-team.”

“The Nigerian doesn’t play like he’s 19. He’s composed and doesn’t act rashly, exemplified by his stroked curling finish for his second goal against Southampton.”

“Iheanacho’s double today surely gives him a case to start against Real Madrid.”

Southampton got the three points at stake with goals from Shane Long in the 25th Minute while Sadio Mane got a hat trick in the 28th, 57th and 68th minutes.

TWITTER @thecableng
Copyright 2020 TheCable. All rights reserved. This material, and other digital content on this website, may not be reproduced, published, broadcast, rewritten or redistributed in whole or in part without prior express written permission from TheCable.
Tags
Kelechi IheanachoManchester City
Advertisement