‘I’m not here to answer your questions’ — IGP tells lawmakers 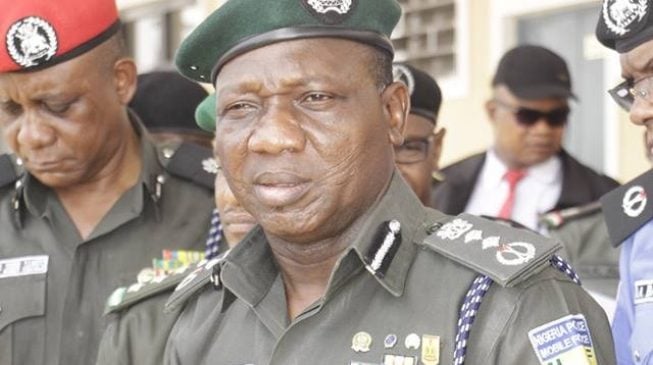 16:18 2017
Print This Article Share it With Friends
👤by Dyepkazah Shibayan  0 Comments
Advertisement

Ibrahim Idris, inspector-general of police (IGP), did not entertain any question from the senate committee probing the allegations which Isah Misau, senator representing Bauchi central, levelled against him.

Idris had initially refused to appear, making the lawmakers to threaten him with a warrant for his arrest.

Misau had accused the IGP of illegally receiving money from oil companies where police officers were sent to provide security.

Misau also claimed that the IGP was having affair with two policewomen whom he gave special promotion.

At the hearing on Wednesday, Idris said he only appeared before the lawmakers out of respect for the committee and the senate.

He cited order 41 (7) and order 53 (5) which states that the senate could not interfere with any matter that is court.

“I will not answer any question,” he said.

“I decided to appear out of the respect of the senate and rule of law.”

Alex Iziyon, counsel to the IGP, said any comment on the allegation would prejudice the matter already in court.

“Because we don’t have anything to hide, we have responded to the allegations paragraph by paragraph,” he said.

“We know you have rules here and we are asking you to look at it.”

Francis Alimekhena, chairman of the committee, pointed out that the issue of virement of the police 2016 budget raised in the allegations had not gone to court.

“The virement of 2016 budget did not go to court,” Alimekhena said.

“The committee was constituted before you went to court. The senate is not out to witch-hunt anybody.”

The chairman said since the committee had been served with documents by the IGP, they would study it and invite him at another date.

Thereafter he adjourned the hearing indefinitely.

TWITTER @thecableng
Copyright 2020 TheCable. All rights reserved. This material, and other digital content on this website, may not be reproduced, published, broadcast, rewritten or redistributed in whole or in part without prior express written permission from TheCable.
Tags
Ibrahim IdrisIsah Misausenate
Advertisement