INEC considers Nov 16 for fresh election between Melaye and Adeyemi 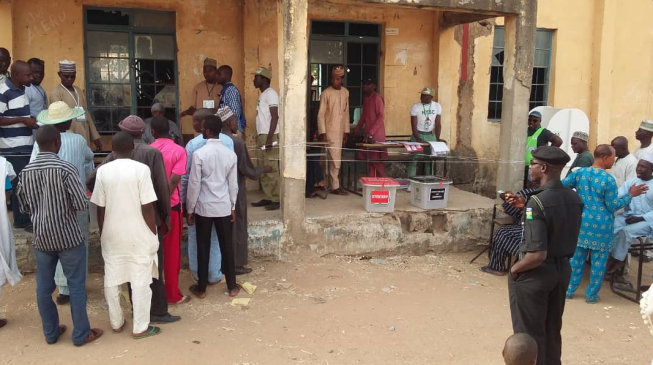 19:44 2019
Print This Article Share it With Friends
👤by TheCable  0 Comments
Advertisement

The Independent National Electoral Commission (INEC) says it will explore the possibility of using the November 16 governorship election to conduct a fresh election in Kogi west senatorial district.

Mohammed Haruna, INEC national commissioner in charge of Kogi, Nasarawa and Kwara states,  disclosed this in Lokoja, capital of Kogi state, on Friday.

Fielding questions from reporters on the nullification of the election of Dino Melaye by the court appeal, Haruna said since the governorship election was still 34 days away, there was possibility for the senatorial election to hold same day.

The court of appeal sitting in Abuja nullified the election of Melaye and ordered INEC to conduct fresh election within 90 days of its judgment.

The judgment was on the petition filed by Smart Adeyemi, candidate of the All Progressives Congress (APC) in the February 26 election.

The INEC national commissioner was in Lokoja for a workshop on fake news organised for media executives, journalists and bloggers by the International Foundation for Electoral System (IFES) in collaboration with INEC.

Haruna told the participants to be wary of fake news and its implications, saying that unverified news should not be allowed space.

He also enjoined them to support INEC to institute credible electoral process in the country.

On concern in some quarters on the possible manipulation of the card reading machine by “unscrupulous” politicians, the national commissioner dismissed it as “practically impossible’’.

He also said the commission would allow a level playing ground for all candidates in the election, but appealed to them to play the game according to rules.