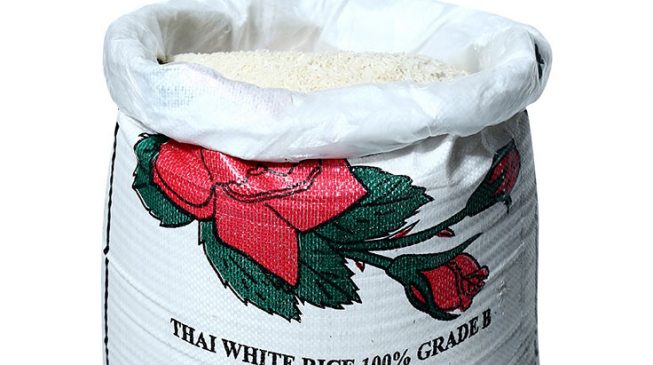 13:27 2019
Print This Article Share it With Friends
👤by Oluseyi Awojulugbe  1 Comment
Advertisement

Rice export from Thailand to countries that share borders with Nigeria has recorded a decline from 2018 levels.

TheCable’s analysis of the data provided on the Thai Rice Exporters Association website shows that Cameroon is the only exception.

Closure of Nigeria’s land borders might have contributed to this drop because of previous unbridled rice smuggling into the country.

Nigeria’s rice importation from the Asian country also dropped from 1.23 million metric tonnes (MT) in 2014 to 8,304MT between January and September 2019.

This is the first increase in rice importation since 2015 when the Central Bank of Nigeria (CBN) announced that it would no longer provide foreign exchange for 41 items including rice, cement and toothpicks.

It argued that the move would encourage patronage of locally made goods. This move led to immediate increases in the prices of some of the items. In January 2018, rice imports to Benin Republic recorded an increase while Nigeria’s imports were on the decline after the CBN restricted forex for rice importation.

This led to suspicion that the staple might have been smuggled to Nigeria through land borders.

In August, Nigeria closed its land borders with President Muhammadu Buhari saying the borders were closed to check smuggling activities.

“Now that our people in the rural areas are going back to their farms, and the country has saved huge sums of money which would otherwise have been expended on importing rice using our scarce foreign reserves, we cannot allow smuggling of the product at such alarming proportions to continue,” Buhari told Patrice Talon, the Benin Republic president.

Godwin Emefiele, the CBN governor, said the action is in line with the government’s intention to revive industries.

“We are not saying that the borders should be closed in perpetuity, but that before the borders are reopened, there must be concrete engagements with countries that are involved in using their ports and countries as landing ports for bringing in goods meant for local consumption, it is understandable,” Emefiele said.

“But the fact that those products are landed in their countries and then transshipped or smuggled into Nigeria is something that I am sure you all agree as Nigerians we should not allow happening because it undermines our economic policy, it undermines our own desire to make sure that industries are alive and jobs are created in Nigeria.”

TWITTER @thecableng
Copyright 2020 TheCable. All rights reserved. This material, and other digital content on this website, may not be reproduced, published, broadcast, rewritten or redistributed in whole or in part without prior express written permission from TheCable.
Tags
Benin RepublicriceThailandTogo
Advertisement