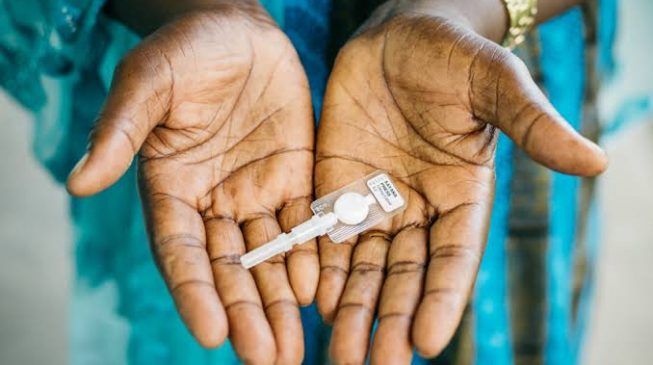 09:11 2019
Print This Article Share it With Friends
👤by Mayowa Tijani  0 Comments
Advertisement

Injectables have overtaken short-term contraceptives to become the most used method for family planning in Nigeria, a new UN-backed report has shown.

According to Family Planning 2020 (FP2020) report seen by TheCable, 314 million women and girls are now using modern contraception, with 53 million new users in the last seven years, and nine million in the past year alone.

The report also revealed that Nigeria makes up roughly half of all women of reproductive age in all of the 15 countries in west Africa.

According to the report published in partnership with The Bill & Melinda Gates Foundation, The Department for International Development (DFID) , UNFPA, the United Nations Population Fund, and USAID, 45 countries have established goals of increasing contraceptive prevalence through voluntary family planning programs.

“Progress on reaching a greater percentage of women varies greatly by region and country. In FP2020 focus countries in Asia, approximately 38% of women of reproductive age were using a modern method as of July 2019, and the average growth across all of the regions of Asia has been 0.2 percentage points per year since 2012,” the report reads in part.

In west Africa there has been 0.7 percentage point growth per year, with four countries falling below the average and 11 countries either equal to or above the average.

“Because this average is weighted by the size of each country’s population of women of reproductive age, large countries that are growing slowly will have a greater effect.

“Although Nigeria’s MCPR is growing at approximately the average rate of FP2020 focus countries as a whole (0.3 percentage points per year), it is the second slowest growing country in its region.

“Without Nigeria included, the average annual MCPR growth rate for the other West African countries is 1 percentage point per year, almost the same as Eastern and Southern Africa.”

“Analysis of 39 FP2020 focus countries with new surveys since 201435 reveals some meaningful shifts in method mix. In 32 of the 39 countries, implants have assumed a substantially greater proportion of modern use,” the report added.

“Injectables have also grown as a proportion of the method mix, but in fewer countries (13). More than 20 countries saw declines in the contribution of pills to the method mix, generally displaced by implants, injectables, or both, indicating shifts toward more effective methods.

“Only a few countries 36 have seen a change in the most common method in use, and these shifts generally represent a move toward more effective methods.

“In Benin, implants displaced injectables as the most common method in use, as women shifted away from private pharmacies and toward the public sector for family planning services.

“In Nigeria and Sierra Leone, injectables have risen to become the most common method in use, displacing less effective short-term methods.”

FP2020 also revealed that as a result of modern contraceptive use, 119 million unintended pregnancies, 21 million unsafe abortions, and 134,000 maternal deaths were prevented in the last year alone.