INTERVIEW: My uncle, Thompson Oliha, instrumental to why I chose Nigeria over England, says Solomon-Otabor 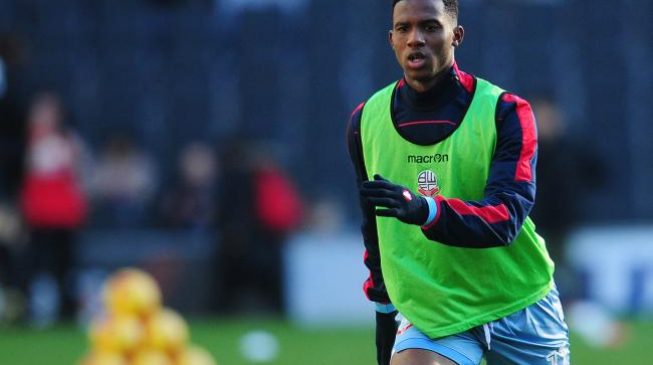 00:13 2019
Print This Article Share it With Friends
👤by Remi Sulola  0 Comments
Advertisement

Viv Efosa Solomon-Otabor, the London-born Nigerian winger, says his uncle, Thompson Oliha, former Super Eagles player, was a big influence in making his decision to want to play for Nigeria instead of his birth country.

In an interview with TheCable from his Bulgarian abode, where he plies his trade with CSKA Sofia, former club of both legends, Hristo Stoichkov, and Dimitar Berbatov, disclosed that getting a regular playtime was the main reason for heading out of England.

The 23-year-old, who was invited for trial by coach Samson Siasia in 2015 for preparation of the U23 Africa Cup of Nations in Senegal, said it would be a dream come true if Gernot Rohr invites him to represent Nigeria.

Solomon-Otabor, the 2015/16 Birmingham City Young Player of the Year, however, revealed he would have been an athlete if he did not become a footballer.

Gary Rowett described you as “probably the quickest player we have got in the squad”, how true is this?

Yes, it was true. I was the quickest in the squad. And speed is one of my natural abilities and hope to get quicker and quicker as I get older.

It was in the news then that you failed to meet Gianfranco Zola’s expectations after Gary Rowett left? What was the real situation that led to your been shipped out to Blackpool?

Why didn’t you honour England U21 invitation?

I was called to play for England U21 as at the time I was playing for the Nigeria U23 because I was already involved with the Olympics squad.

Like Alex Iwobi who is a nephew to Jay Jay Okocha, you are also a nephew to Thompson Oliha, what influence does this have on your allegiance to the country you chose to play international football for?

Thompson Oliha was a big influence. When I was 14, I went to the Kwara academy, playing with the academy and he coached me. And I watched some of his videos when he was playing for Nigeria. Like in the Olympics, Africa Cup of Nations and the World Cup. So, I saw highlights of him when he was playing in his prime. And he was always advising me that if I keep going, if I keep improving and if I believing that one day, I will be out to represent Nigeria also. And that I will make it as a professional footballer. So, he had a big influence on my career.

What was winning the 2015/16 Birmingham City Young Player of the Season award like to you?

Winning the award was everything to me as I had really worked hard and I broke into the first team to win the best young player at the Birmingham City football club, it was very good and a big achievement for me.

As a Manchester United fan, which EPL team would you really love to play for if you do have the opportunity of picking one?

Yes, probably Manchester United or any big club. It will be a blessing to play for any English Premier League team.

Which would you prefer to be referred to — a midfielder or winger?

In terms of position, a winger or midfielder, I can play behind the striker, I can play as a winger as well. It doesn’t really matter to me, to be honest.

If you get a call from Gernot Rohr that he wants you as a Super Eagles player, how will you feel about this?

I will feel great if invited to the Super Eagles team. Honestly, all the hard work will finally pay off and it will be a blessing and dream come true to finally represent Nigeria. So, it will be a blessing if I am to receive a call from the national team coach. If the opportunity is given, yes, of course, I believe in my abilities and as any player would do, they always believe in themselves and back themselves to do well. So, I personally believe that.

Take football away, what profession would you have gone into?

If I am not a footballer, maybe I would be an athlete. I wasn’t really good at basketball.

Hristo Stoichkov and Dimitri Berbatov are legends of your present club in Bulgaria — CSKA Sofia, are they the reasons you joined the club?

Stoikchov and Berbatov are two big players in my new club, CSKA Sofia. The reason I joined this club is because there is the opportunity to play in Europe. Because I want to play games week in, week out. To improve and been given a chance to play with a first division team. The team challenging to win the league.

Cristiano Ronaldo or Lionel Messi? Who is greater? And why?

It is very difficult to choose between Ronaldo and Messi who is the best player because both players are supernatural players. They both have different characteristics. So, it is very hard to have a pick.

Which players do you admire in Nigeria?

Obviously, there are lots of players like Jay-Jay Okocha, Obafemi Martins, John Obi Mikel, Joseph Yobo. There are lots of quality players that played for Nigeria. Even Peter Odemwingie. All I admired.

TWITTER @thecableng
Copyright 2019 TheCable. All rights reserved. This material, and other digital content on this website, may not be reproduced, published, broadcast, rewritten or redistributed in whole or in part without prior express written permission from TheCable.
Tags
2015 U23 AFCONBirmingham CityCSKA SofiaDimitar BerbatovHristo StoikchovSamson SiasiaSportViv Solomon-Otabor
Advertisement