INTERVIEW: If I win, Nigerians in diaspora will be able to vote by 2023, says Fela Durotoye 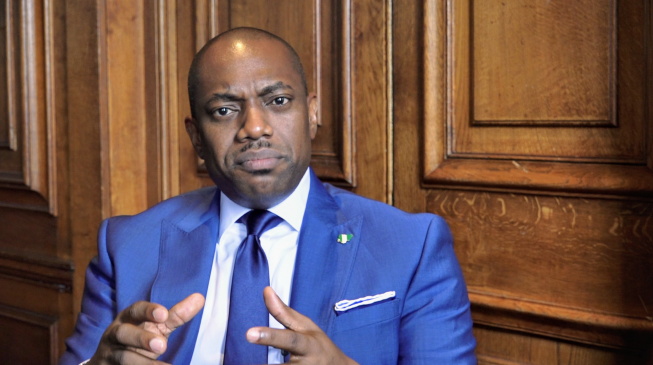 13:41 2018
Print This Article Share it With Friends
👤by Mayowa Tijani  0 Comments
Advertisement

Fela Durotoye, presidential aspirant with the Alliance for New Nigeria (ANN), says if he becomes president, Nigerians in diaspora will be able to vote in the next four years.

Speaking to TheCable in the UK, the alumnus of Kennedy School of Government, Harvard, said current laws hinder Nigerians living abroad from voting in the country’s most influential decision making process.

“The laws do not allow diasporans to vote, and whilst we are trying to do everything to see that law changed, if given the opportunity as president of Nigeria, I promise that within the next four years, diasporans will be able to vote. They are contributors of almost 40 percent of our GDP,” Durotoye said.

With 17 million Nigerians living in diaspora, according to the federal government, Durotoye said it is their right to choose who will lead their country — regardless of where they work and live.

According to Durotoye, Nigerians abroad send as much as $50 billion a year to Africa’s largest economy, and should be allowed to vote in the country’s elections.

The World Bank says Nigerians in diaspora sent $22 billion to the country in 2017 — the largest in Africa and fifth in the world, only behind China, India, Mexico and the Philippines.

The 47-year-old, whose presidential campaign has been dominant in the south, revealed that he has a base in the north, where he says he has been creating impact for many years.

He adds that he is however working on rallying his base in the south, before venturing into the north for the campaign of his 2019 presidential ambitions.

“The stone usually creates ripples around the first point of contact, you always rally your base first and then you extend. I have been working and creating impact in the north for many years, I did not start today,” he said.

“Don’t underestimate the impact of who Fela Durotoye is in the north,” he added stating that he has done a number of projects in northern states, including Jigawa and Kano.

Speaking of the Muhammadu Buhari-led government, Durotoye said he wishes “every government would remember from day one that you have to win an election in day four”.

“You don’t need to wait till one year before election to start doing what will please the people. You can do it for four years and you might as well deliver value.

“Usually what happens is that when you start doing it towards election, the people know that you really don’t care, and therefore they think to themselves, keep doing it, we know the people who care, they have been more consistent than a one year trying to fix things as fast as possible”.

Durotoye, who currently lectures ethical leadership at Stanford University, says he has been running for a new Nigeria for over a decade and believes that Nigeria will be the most desirable nation to live in the world by 2025.

TWITTER @thecableng
Copyright 2019 TheCable. All rights reserved. This material, and other digital content on this website, may not be reproduced, published, broadcast, rewritten or redistributed in whole or in part without prior express written permission from TheCable.
Tags
diasporaDiaspora VotingFela Durotoyenigeria
Advertisement