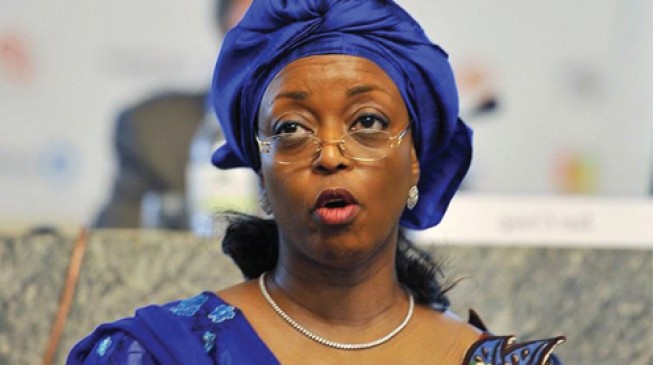 08:49 2017
Print This Article Share it With Friends
👤by Malik Abdulganiy  5 Comments
Advertisement

TheCable has obtained copies of the controversial strategic alliance agreement (SAA) between the Nigerian Petroleum Development Company (NPDC) Ltd and Atlantic Energy Drilling Concepts (AEDC) Ltd that allegedly ripped off Nigeria by billions of dollars between 2011 and 2015.

The SAAs are often derided by industry experts as the biggest organised scam in the history of Nigerian oil industry.

NPDC is the oil development and production arm of the Nigerian National Petroleum Corporation (NNPC) while Atlantic Energy is owned by Jide Omokore and Kola Aluko, believed to be cronies of Diezani Alison-Madueke, who served as petroleum minister from April 2010 to May 2015.

The trio have now been accused of money laundering by the US department of justice, which is seeking a forfeiture of at least $144m worth of assets regarded as proceeds of crime.

Nigerian authorities, through the Economic and Financial Crimes Commission (EFCC), have also frozen the Nigerian assets of the trio over suspicion of money laundering and procurement fraud.

THE JOURNEY TO SAA 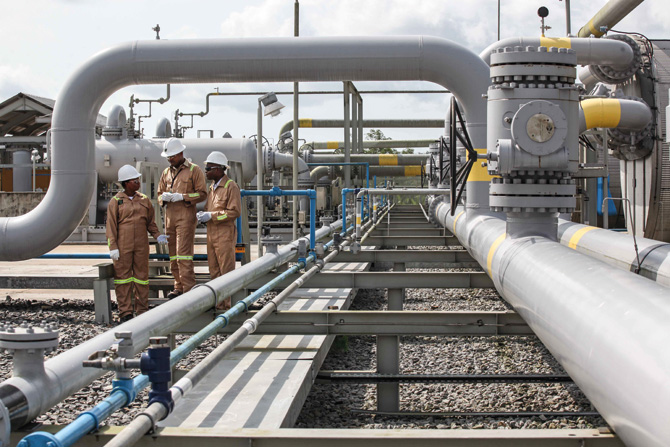 In 2010, Shell, as part of its business restructuring, decided to sell off its entire 45% minority stake in eight of the oil mining leases (OMLs) it was operating in joint venture (JV) partnership with NNPC, who held 55% on behalf of the Nigerian federation.

However, NNPC decided to take over the operatorship of these OMLs — as allowed by the governing law —  but took the strange decision of appointing the non-performing NPDC, its subsidiary, as the operator of the JVs.

NNPC also transferred the assets to NPDC, although it would have ordinarily given them to the National Petroleum Investment Management Services (NAPIMS), its directorate that oversees the federation investment in the JVs, production sharing contracts (PSCs) and services contracts (SCs).

NPDC is NNPC’s wholly owned subsidiary set up in 1988 to undergo petroleum exploration and production, but it had neither the expertise nor the experience to be the operator of the OMLs.

NPDC, which had never explored its own oil blocks, was inexplicably given eight wells to operate and manage by NNPC. There was something considered fishy about the agreement from day one, as criticisms would later trail the decision.

In what was obviously an orchestrated scheme, NPDC, complaining of lack of expertise and finance to operate the JV, decided to go into SSAs with two companies in 2011. The deals were shrouded in secrecy until they had been signed and sealed.

“NPDC claimed it did not have the finance to operate the oil wells, but what else is money if not an oil well? The same oil wells were used by Atlantic to raise the funds, so why didn’t NPDC do same?” a senior NNPC official, who said he monitored the negotiations at the time, told TheCable.

The beneficiary companies that signed SAAs were Seven Energy, where Aluko was an employee and a director with about 1% equity, and Atlantic Energy, founded by Omokore and, again, Aluko. 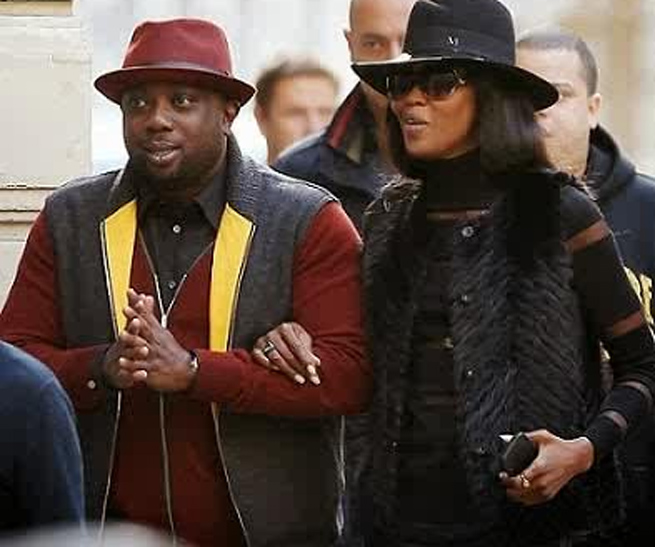 Both deals were initially criticised as lacking in transparency because the procurement laws were not followed, but, as Alison-Madueke defended her action then, the petroleum act gives the minister discretionary powers to award oil blocks. And she was correct.

But while Seven Energy could boast of some experience in the oil industry, having been established in 2005, Atlantic Energy was a complete greenhorn, incorporated only on July 19, 2010 — three months after Alison-Madueke was made minister.

In a spate of five weeks, between April and May 2011, Atlantic Energy was awarded SAAs by NPDC to develop and finance production from OMLs 26, 42, 30 and 34 — four oil blocks in all. Even by Nigerian standards, four blocks would be considered too many to give to a one-year-old company.

TheCable understands that Aluko eventually resigned from the management and board of Seven Energy on November 30, 2011 to focus on Atlantic Energy, where he is co-CEO with Omokore.

These companies played key roles in the money laundering chain funded from the lucrative OML deals between NPDC and Atlantic Energy.

DEVIL IN THE DETAIL 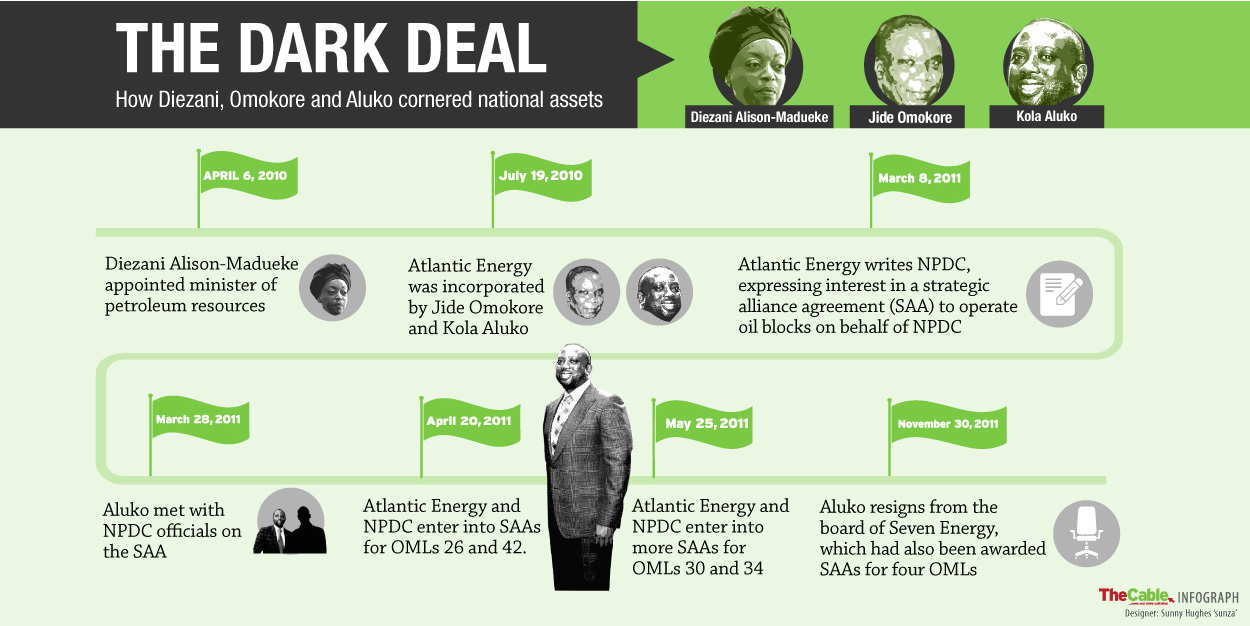 The SAAs signed with Atlantic Energy, analysed by TheCable, came with a number of conditions which, on the surface, looked harmless.

Atlantic Energy was required by Article 4.1(a) to provide all the funds required for NPDC’s 55% share of operating costs.

For raising the finance, Atlantic Energy was to recover its costs by lifting crude oil. It was also agreed that it should share profit with NPDC. In all, the “loan” was to be paid back to Atlantic Energy with crude oil, believed to be approximately 60,000 barrels per day. TheCable was unable to confirm the actual liftings.

Article 2.1 of the SAA mandated the company to pay non-recoverable “entry fees” as a pre-condition for the commencement of operations. The terms were $0.30 per barrel and $0.010/mcf for participation in developing reserves of 449 million barrels of crude oil and 449 million bcf of natural gas respectively.

All these were to be paid within 70 days before the commencement of operations, according to Article 2.2.

“Entry fees”, according to industry experts who spoke with TheCable, is a nebulous term used to mask the need to pay “signature bonus” that every other company pays for oil blocks.

“I can assure you that it is only in the Atlantic Energy contracts you will find such a term in the petroleum industry,” another senior NNPC official, who cannot be named, told TheCable.

Atlantic was also required, under Article 4.1(d), to pay $350,000 in the January of every year to NPDC for the provision of training facilities for the staff. The payment, to be made in the first five years, was for each of the four OMLs.

The interest of local companies was also built into Article 5.1(d) which mandates NPDC to “give preference to such goods and services which are available in Nigeria and can be rendered by Nigerian citizens provided they meet the required specifications and are competitive in price”. 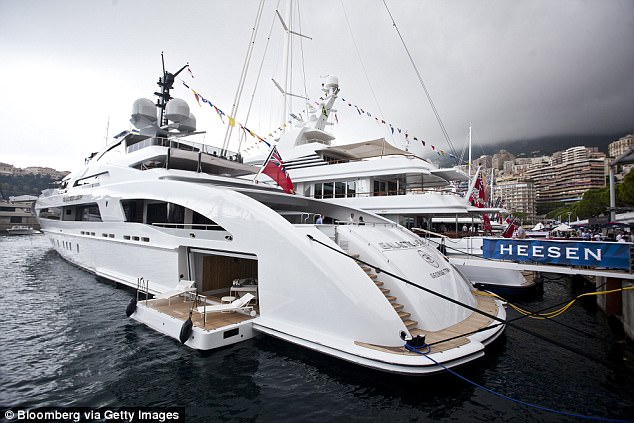 Aluko’s one-in-town play boat, Galactica, bought at $73 million. It was once used by Jaz Z and Beyoncé for vacation

As things have turned out, Atlantic never fulfilled the obligation of paying $350,000 yearly for the training of NPDC staff — and nothing was done by the government to enforce this, which came to a total of $1.4 million per year for the four OMLs.

As at May 2016, the unpaid arrears amounted to $7 million “with the full knowledge and connivance of all the government officials involved, and so we now know where the money went,” the source told TheCable.

Contrary to the agreement that Atlantic would finance NPDC’s 55% share of the productions costs, totalling $1.4 billion in the first four years, the company made a total payment of $305 million only — and yet, it continued to lift crude oil as payment for NPDC’s equity in what is now coming out as a cleverly orchestrated scam.

Atlantic Energy was allowed to lift 21 cargoes of crude oil valued at $677 million despite failing to meet its obligations.

At a senate public hearing on the missing oil revenue in February 2014, then-central bank governor, Sanusi Lamido Sanusi (now Emir Muhammad Sanusi II of Kano), alleged that over $7 billion worth of oil was lifted by NPDC/Atlantic between January 2012 and July 2013, yet only $400 million was paid by NPDC as petroleum profit tax (PPT) and none by Atlantic.

The interior of Aluko’s yacht

The proceeds of the crude sale, he said, were also not remitted to the federation account, an allegation that would eventually lead to his exit from the central bank.

In fact, Atlantic not only lifted crude to pay for NPDC’s share of operational costs, it also shared between 20-70% of the profit — without paying taxes and royalties to the federation.

Nigeria’s PPT is as high as 85% — an obligation dodged by Atlantic apparently because of its links to powerful persons in government.

The profit sharing arrangement was too good to be true.

Under Article 10 (d) (i)-(v), the two parties were to share “profit oil” and “profit gas” in ratios of 90% for NPDC to 10% for Atlantic (“profit oil” and “profit gas” with regards to undepreciated costs associated to capital costs prior to execution of agreement); 40% to 60% (upon full recovery of development costs by Atlantic); and, thereafter, it would be 70% to 30%.

Ordinarily, since the 55% equity belongs to the federation, all the profits accruing to NPDC should have been paid into the federation account, as is the case with other JVs.

The federation suffered loss after loss from the SAAs and this might have impacted negatively also on the ability of the country to build reserves during periods of high oil prices.

SO WHERE DID THE MONEY GO? 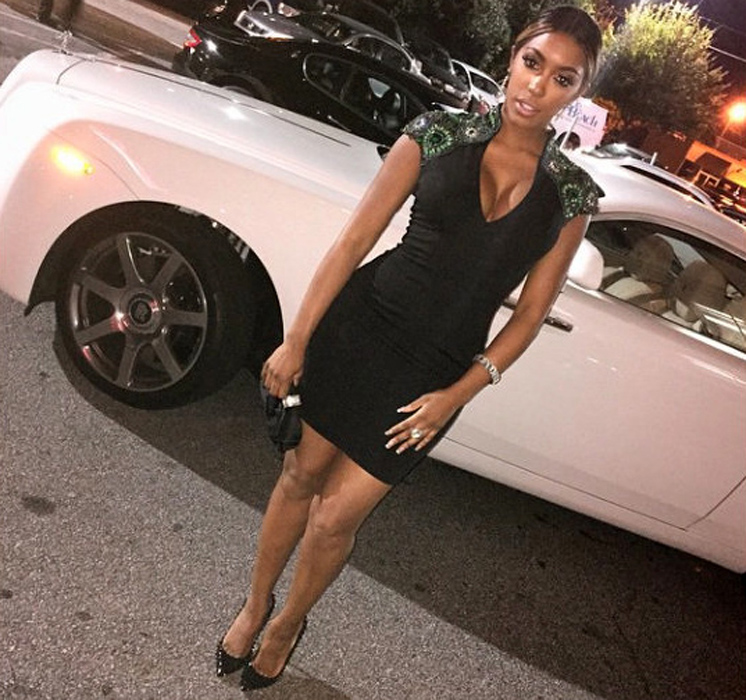 In the civil suit brought by the US department of justice, Alison-Madueke was accused of corruptly benefiting from Atlantic Energy.

The department specifically linked the favours to the SAAs approved by Alison-Madueke when she was minister, and a wiretap allegedly caught her saying  “we stuck our necks out regarding the SAA and we supported it”.

These are some of the benefits enjoyed by the former minister from Omokore and Aluko.

Omokore used to boast to his friends that he owned three private jets, a claim often repeated by Aluko himself, sources in the know told TheCable.

But Omokore was more world famous for dating Porsha Williams, a star of  TV reality show Real Housewives Of Atlanta.

He also bought Galactica Star Yacht in June 2013. The one-of-its-kind custom-built Super Yacht cost him $73 million. He bought a Formula One team in Monaco and was seen hand-in-hand with British super model, Naomi Campbell, a lady often seen in company with billionaires.

Listed among Aluko’s property collections are: 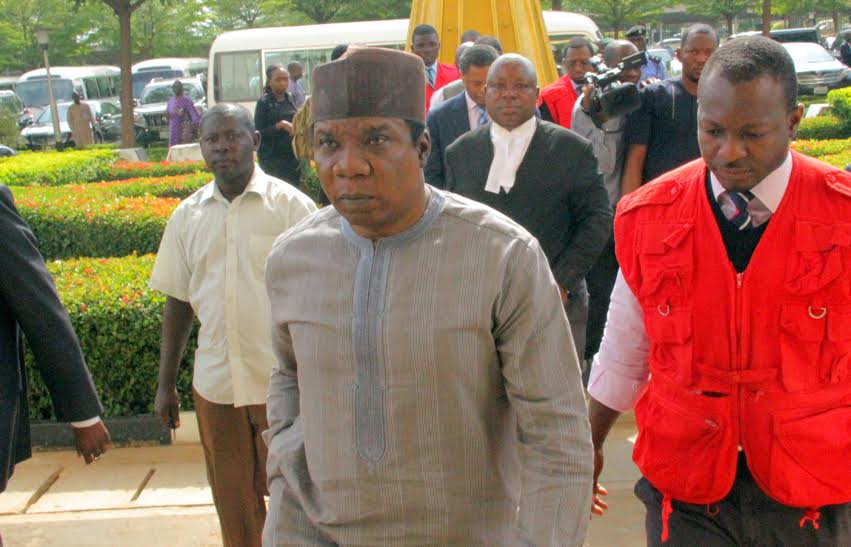 Before the US department filed the civil suit against Alison-Madueke, Omokore and Aluko, the EFCC had, on July 4, 2016, arraigned suspects before a federal high court on a nine-count bordering on money laundering and procurement fraud.

Omokore was alleged to have used the SAAs to “swindle the NPDC and the Nigerian government of monies running into billions of dollars through the lifting of crude oil from some oil wells between March 2013 and May 2014”.

The others were accused of conspiracy in inducing the NPDC to facilitate the lifting of crude by Omokore, Atlantic Energy Brass Development Limited and Atlantic Energy Drilling Concept Limited. They were also charged with receiving car gifts from Omokore and his companies.

They all pleaded not guilty and the case is still ongoing.

Aluko’s assets are being auctioned around the world as debts pile up and the noose tightens around him.

His Apartment 79, a penthouse apartment in One57, one of New York City’s most expensive residential buildings, has been foreclosed and will be auctioned.

He previously sold his LA home for $21.5 million, four years after buying it for $24.5 million.

More facts are still unfolding as the saga comes into the open, but claims that the SAAs are the biggest scam in the history of Nigeria’s scam-filled oil industry may not be an exaggeration.

TWITTER @thecableng
Copyright 2020 TheCable. All rights reserved. This material, and other digital content on this website, may not be reproduced, published, broadcast, rewritten or redistributed in whole or in part without prior express written permission from TheCable.
Tags
alukoDiezaniOmokore
Advertisement