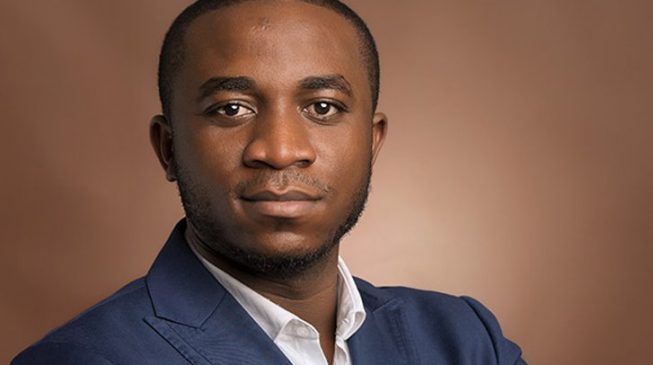 20:00 2019
Print This Article Share it With Friends
👤by Taiwo Adebulu  2 Comments
Advertisement

Obinwanne Okeke, Invictus Group CEO who is popularly known as Invictus Obi, has erased all traces of his social media existence.

Save for his personal blog, (http://www.obinwanne.com) and bios on his company’s platforms, Okeke’s social media pages have been deleted since he found himself in troubled waters.

But how did it all start?

On Friday, many Nigerians took to social media to express their views on reports that the 31-year-old entrepreneur was linked to an $11 million internet scam in the US.

In June 2018, Unatrac Holding Limited, a company which deals in sales of heavy industrial and farm equipment, was said to have approached the Federal Bureau of Investigations (FBI) over a breach in the email account of its chief financial officer where a fraudulent transfer of funds was done.

The intruder was said to have sent phishing emails containing a web link, purportedly to the login page of the CFO’s online email account hosted by Microsoft Office 365.

Believing the link to be genuine, the CFO was said to have imputed his username and password from where the intruder got full access to the account and sent a fraudulent wire transfer request to the company’s internal financial team.

Acting under the impression that the email emanated from the CFO, the finance staff processed approximately 15 payments between April 11 to 19, 2018, totalling $11 million.

After months of a forensic investigation into the phoney transaction and activities of the intruder, the FBI followed the suspect’s online trail which led them to social media accounts with username @invictusobi allegedly owned by Okeke. 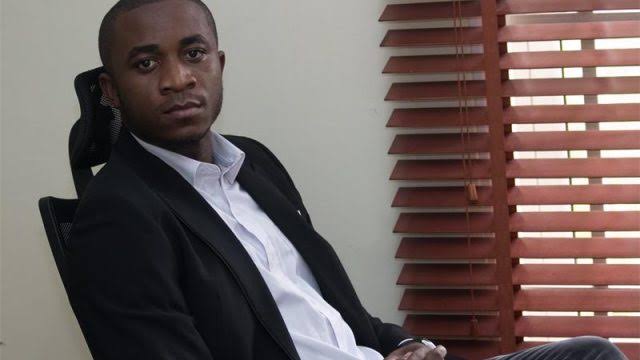 The federal agents were able to merge the intruder’s identity with the owner of the social media accounts.

When TheCable checked the accounts on Twitter and Instagram, they were no longer available, although there were mentions of the username on social media feeds.

On August 2, the FBI reportedly issued an arrest warrant for Okeke, who was said to be in the US at the time.

According to details of the arrest warrant, the FBI was alleged to have also connected Okeke to a series of other internet frauds. 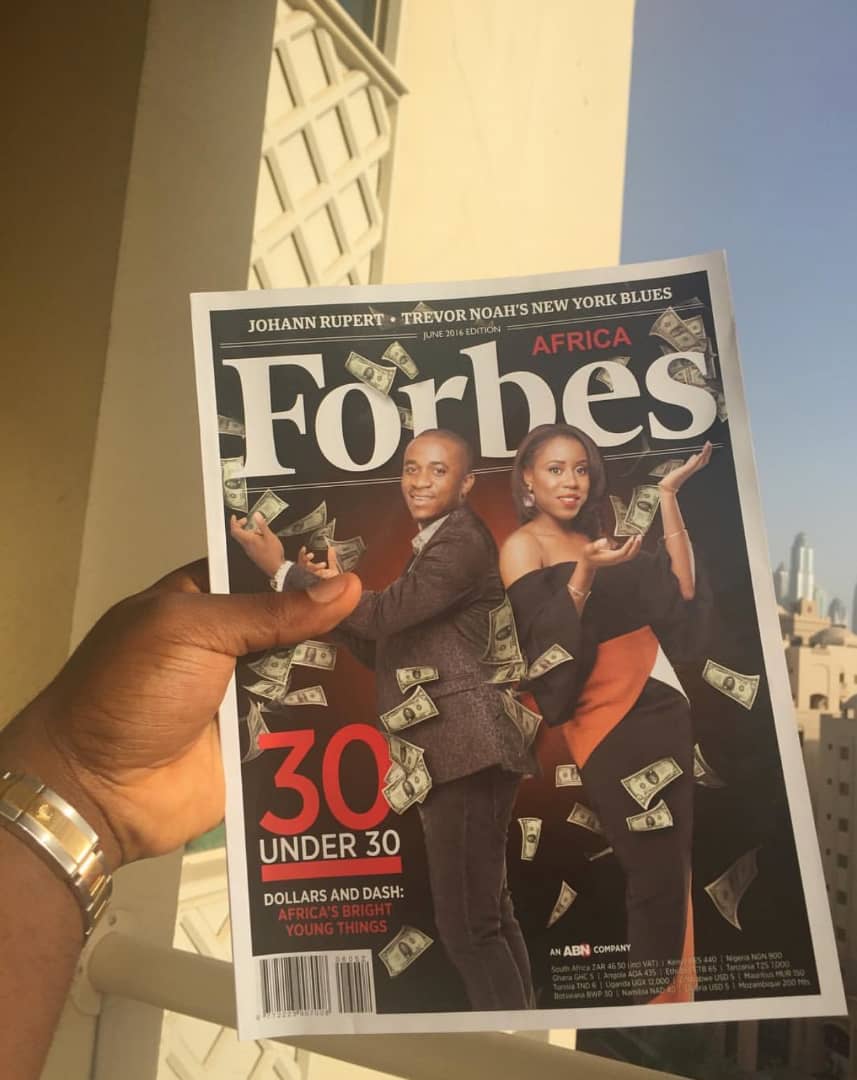 A handout of Forbes magazine

Obinwanne came to the limelight at the age of 28 when Forbes magazine, an international publication, featured him in its June 2016 cover as one of Africa’s 30 entrepreneurs under 30.

“This is the most important list of the year for Forbes Africa. If one young African reads it and is inspired enough to start a business, it has done its job. Entrepreneurs like Obinwanne are proof that there is hope for Africa,” Chris Bishop, managing editor of Forbes Africa, was quoted to have said in the publication.

Findings show that he was nominated for Africa’s most innovative investment company award at the African Brand Leadership Merit Awards and has spoken in international economic panels, including the London School of Economics (LSE) African summit.

The firm’s website says it deals in construction, investments, oil and gas and agricultural development. It also runs the Invictus Foundation which engages in charity.

Okeke was said to have obtained a bachelor’s degree in forensic criminology and a master’s degree in international relations and counter-terrorism, both from Monash University, Australia. 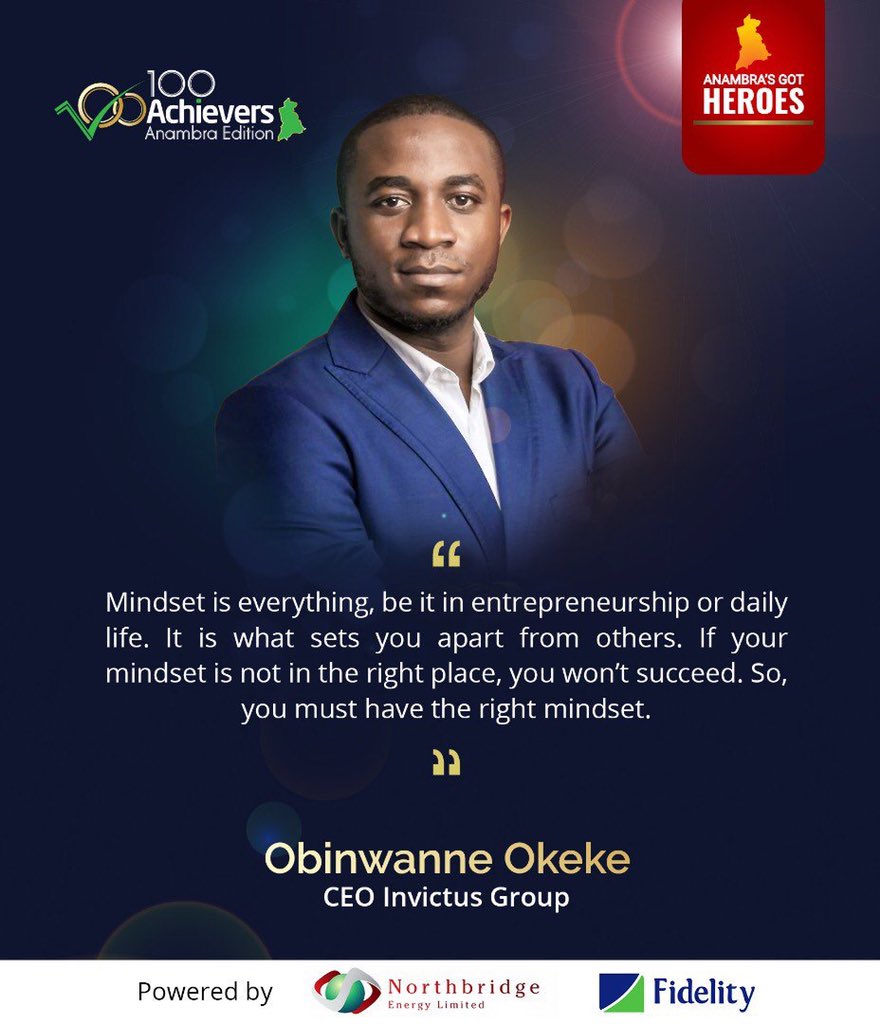 One of Okeke’s favourite quotes obtained online reads: “Mindset is everything, be it in entrepreneurship or daily life. It is what sets you apart from others. If your mindset is not in the right place, you won’t succeed. So, you must have the right mindset.” 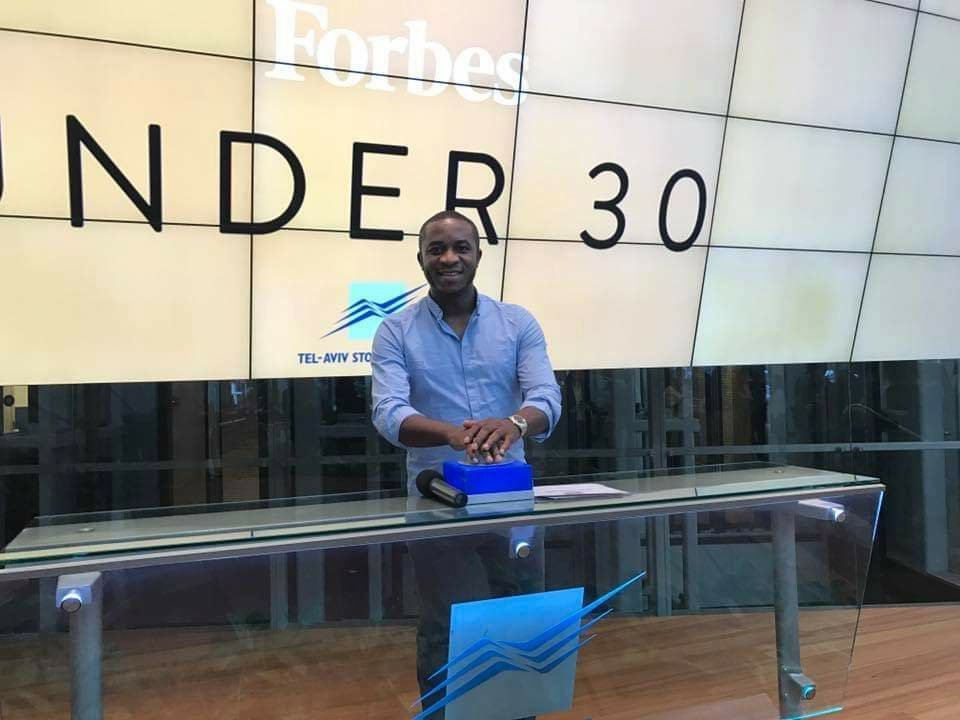 After the report of alleged fraud hit social media, there have been diverse comments from Nigerians following the incident.

In a series of tweets, one Chike Nyelum who claims to know Okeke, detailed how he had allegedly engaged in shady deals over the years.

Obinwanne Okeke is founder of Invictus Group & according to the company website, he has been extensively involved in sourcing, structuring, implementing & monitoring various private equity investments in African & Australian markets & has over 10 years of investment experience.

Tolu Ogunlesi, a presidential aide, condemned internet fraud, saying the long arms of the law would definitely catch fraudsters in the long run.

“If you’re a practicing(sic) or aspiring Yahoo Boy, please read this affidavit well. If EFCC doesn’t get you, FBI will. They’ve both ramped up their clampdown on computer and wire fraud,” he said.

If you’re a practicing or aspiring Yahoo Boy, please read this affidavit well. If EFCC doesn’t get you, FBI will. They’ve both ramped up their clampdown on computer and wire fraud.

(If you want to insult me on top this tweet, kindly copy @officialEFCC, @FBI and @TheJusticeDept)

In life and in your career, have a long term view.

Don’t because of quick gains take short cuts that will ruin your life and legacy.

What fraud has cost this nation is unquantifiable #SayNoToFraud

Not only was this Invictus Obi guy on Forbes 30 Under 30, he’s also been on BBC, given a TED Talk, spoke at London School of Economics Africa Summit, was nominated for “Young African Business Leader” at The AABLA Awards, & was a contributor for Forbes.

The detailed analysis of the FBI investigation into Invictus Obi should be a textbook manual for EFCC and other investigating bodies in Nigeria.

The investigator took his time, no rush, no media trial and got everything he needed to ask for an arrest. No EFCC-kind of gragra.

This Invictus Obi story has shown that a lot of young successful Nigerians we look up to don't make thier money legitimately.
Na who dem catch be thief

TWITTER @thecableng
Copyright 2020 TheCable. All rights reserved. This material, and other digital content on this website, may not be reproduced, published, broadcast, rewritten or redistributed in whole or in part without prior express written permission from TheCable.
Tags
FBIForbesInternet fraudInvictusObkObinwanne Okeke
Advertisement