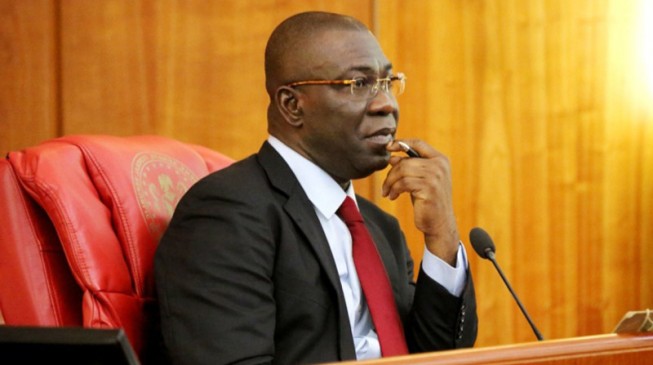 18:04 2019
Print This Article Share it With Friends
👤by Ebunoluwa Olafusi  0 Comments
Advertisement

The Peoples Democratic Party (PDP) has condemned the attack on Ike Ekweremadu, ex-senate president, by members of the Indigenous People of Biafra (IPOB).

Ekweremadu was attacked by some members of IPOB on Saturday in Nuremberg, Germany.

In a statement by Kola Ologbondiyan, PDP spokesperson, the party said the attack on the former senate president was unprovoked and cannot be justified.

It added that  the “assault” does not portray Nigeria in a good way.

“The PDP amply notes that the former deputy senate president was attending the 2nd Igbo Annual Festival in Germany where he was duly scheduled as a speaker and a special guest of honour when he was attacked,” the statement said.

“The party insists that the attack on Senator Ekweremadu was uncalled for, unprovoked and cannot be justified under any guise whatsoever.

“Such assault on a leader is completely unacceptable and does not portray our nation in proper light.

“The PDP therefore charges the Nigerian Ambassador to Germany as well as the German government to take appropriate decisive action on the matter.

“The party also urges the Federal Government, particularly, the National Assembly, to take urgent comprehensive step to address issues leading to acts of resentment and agitations by Nigerians within and outside the country in the last four years, under President Muhammadu Buhari’s misrule.”

TWITTER @thecableng
Copyright 2020 TheCable. All rights reserved. This material, and other digital content on this website, may not be reproduced, published, broadcast, rewritten or redistributed in whole or in part without prior express written permission from TheCable.
Tags
attackike ekweremaduIPOBPDP
Advertisement